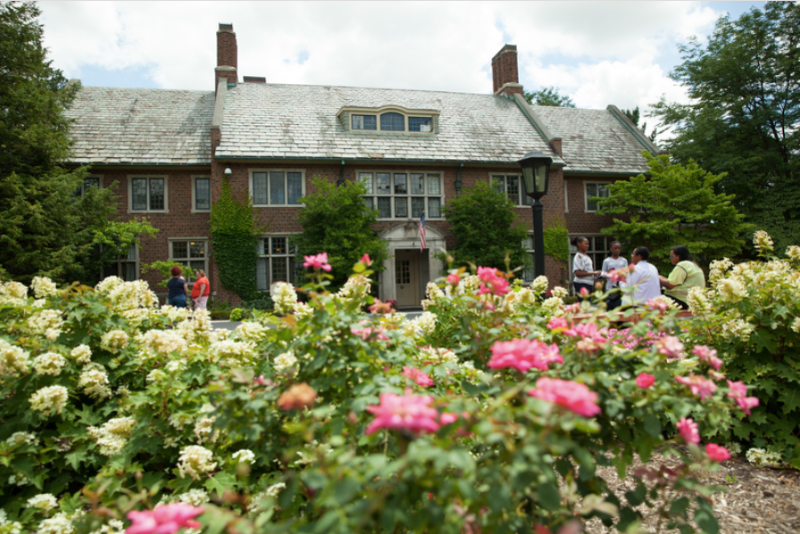 Looking for something cool to do as a family? A vacation to some faraway place is great, but if you want something a bit closer to home Ñ and perhaps a bit easier on the wallet Ñ a staycation is a great alternative.

And there's no better place for one than Genesee County.

This mid-Michigan community is just an hour drive from metro Detroit and houses several beloved landmarks in cities like Flint, Flushing and Grand Blanc Ñ plus seasonal community events throughout the year.

Genesee County also boasts one of the largest park systems in the state, says Alaina Wiens, the Director of Convention & Visitors Bureau and Marketing for the Flint & Genesee Chamber of Commerce.

"Our parks offer nature programming throughout the year," she says. "Crossroads Village, which is like a mini Greenfield Village, is also part of the park system and offers a steam locomotive at Christmas time and Halloween rides."

Of course, Crossroads Village isn't the only historical attraction in the county. If you look closer at some of the cities in Genesee, you'll find even more educational fun.

"Looking at Flint, we have the world-class Flint Cultural Center, the Longway Planetarium and Applewood Estate, which is the historic house of C. S. Mott, who was one of Flint's leading business and civic leaders and founder of the world-renowned Charles Stewart Mott Foundation," she adds.

The Flint Institute of Arts and the Sloan Museum are also educational must-dos, Wiens says. And if your family prefers festival fun, there's plenty of that too.

The city of Flint, in particular, hosts several events throughout the year.

In July, families can visit the annual Alley Fest for food and live music, and in August they'll find vintage car displays during Back to the Bricks. Around the holidays, other local communities get in the holiday spirit with decorations and wintertime activities, too.

But that's not all.

Families can plan to catch a Flint City Bucks soccer game at the historic Atwood Stadium. The team, which recently moved to Flint, plays in the competitive USL League Two.

"Downtown Flint is full of beautiful buildings and new shops Ñ we're really seeing a lot of cool things opening up," Wiens says. "We're excited about all of the stuff to do at night downtown because 10 years ago that wasn't the case."

Nighttime options include the occasional Ontario Hockey League (OHL) hockey game at the Dort Federal Credit Union Center Ñ plus local breweries for parents to try along with family restaurants across the county.

"I would definitely recommend for the culinary experience that people check out Fenton," Wiens says. "There are a lot of great restaurants there. The Fenton Fire Hall has really great food, great drinks and a cool atmosphere. Plus, it's loud enough that if you take your kids there, it's fine."

Wiens recommends families take a few days to experience all of the offerings in Flint and Genesee County.

Those that come in from out of town can find ample parking in the big lot in the middle of downtown Flint or at the Cultural Center. Parking is free on the weekends or $5 during the week.

To find more information on things to do in Flint and Genesee County, or to learn more about the area, visit the Flint & Genesee Chamber of Commerce online.