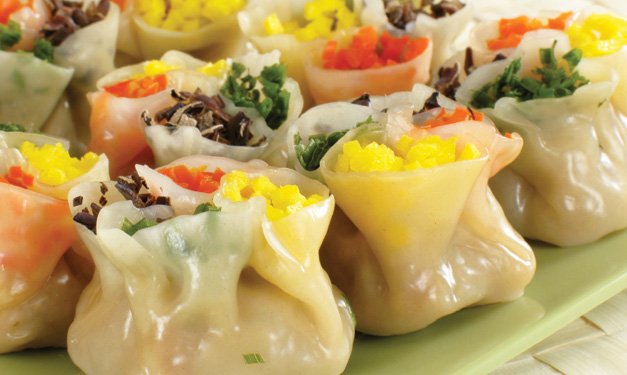 Getting picky eaters to try new food is no easy task. You might hear words like “Eww” or “Yuck!” on a daily basis from fussy or finicky eater.

But it is important not to get discouraged when introducing kids to new food.

Test out some tips and advice from southeast Michigan experts and a few other sources that sure to be valuable to both you and your child.

1. Let them try it on their own

Nobody likes to be “made” to do anything. Forcing your picky eater to try new food is not only unproductive, but it could also hurt his or her perception of food in general.

Amie, a mom from Ypsilanti, says when her son was 14 months old, she let him decide what foods he wanted to try. That’s how he wound up trying new vegetables on his own.

While not every parent might have the same matched success, parents are encouraged to control the options available to the child, but ultimately leaving it up to the child to pick what he or she wants to sample.

2. Have kids pick off your plate

Children are also more prone to try new foods if they see their parents eating it first – and a good way to get your child to try new food is letting them graze off your plate. This is a great method of sharing and experimenting with your child.

3. Don’t expect your child to eat what you don’t

Being a good role model extends to eating habits, as well. It’s extremely important not to be hypocritical when getting your child to try new foods. If you don’t eat it, they won’t it.

Amie says, “The most important thing is that kids will eat what is prepared. You can’t eat McDonalds while you make your child eat sliced apples … it just won’t work.”

4. Amp up the fun factor

Children are often turned off by the looks of new food. This obstacle can be overcome by simply adding new colors, or shapes to the food, as WebMD notes.

It’s amazing what you can do with a cookie cutter! Shapes like dinosaurs and stars will be more appealing to your child – and boost the odds of getting picky eaters to try new food.

This little trick is easier than most parents think. Rachel Wischow, a nurse who formerly worked at Medical Center Pediatrics in Bingham Farms, weighed in on the topic.

“Generally, when you can fit in veggies, it’s a good idea. This can be done with a food processor to anything and the veggies won’t be discovered. You can end up making a hamburger that’s half hamburger.”

Try out a few hidden vegetables recipes, such as one that pops a bit of mushrooms and celery in with a meatloaf dish.

Teresa Rea, a health professional at Pediatric Specialists of Bloomfield Hills, says simply have children take five bites – and, if they don’t like it, have them politely say, “No, thank you.”

It’s important to give the food at least a couple of bites, because kids often rule out the food after one bite. Every food deserves a fair chance, and it can take a little testing to form an opinion.

7. Blend the new with the old

Mix up your child’s favorite dish by adding something new to it. To start, just put a bit on the side. Kids are more tempted to try new food when it’s next to their familiar favorite.

8. Have kids involved in cooking

It’s been proven that if kids know what is going into their meal, they will be more likely to eat it. What better way to test this out then to get kids in the kitchen?

Small tasks can have big payoffs, even if it’s simply picking leaves off bunches of herbs or doing a little safe chopping. This can be a time to bond and have fun in the kitchen, too.

If your kids are constantly given “special” meals, they will never try new foods. It’s important to prepare the same meal for every family member, experts say.

Parents can customize the child’s plate, but essentially, the meal should be the same. This presents a good example – as well as putting everyone on the same level.

10. Take them to the supermarket

Kids like to have options – and, better yet, they like to make decisions. Take them to the grocery store the next time you go and let them look around and see the options available to them.

By asking questions and becoming familiar with what’s available, kids will be more likely to try and see something new that sparks their interest.

If you’re looking for ways to introduce your kids to a healthier diet, too, check out our top hacks to encourage kids to eat healthy. 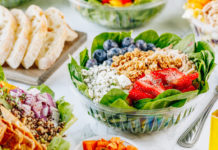 Secrets to Making Family Mealtime a Fresh and Healthy Experience