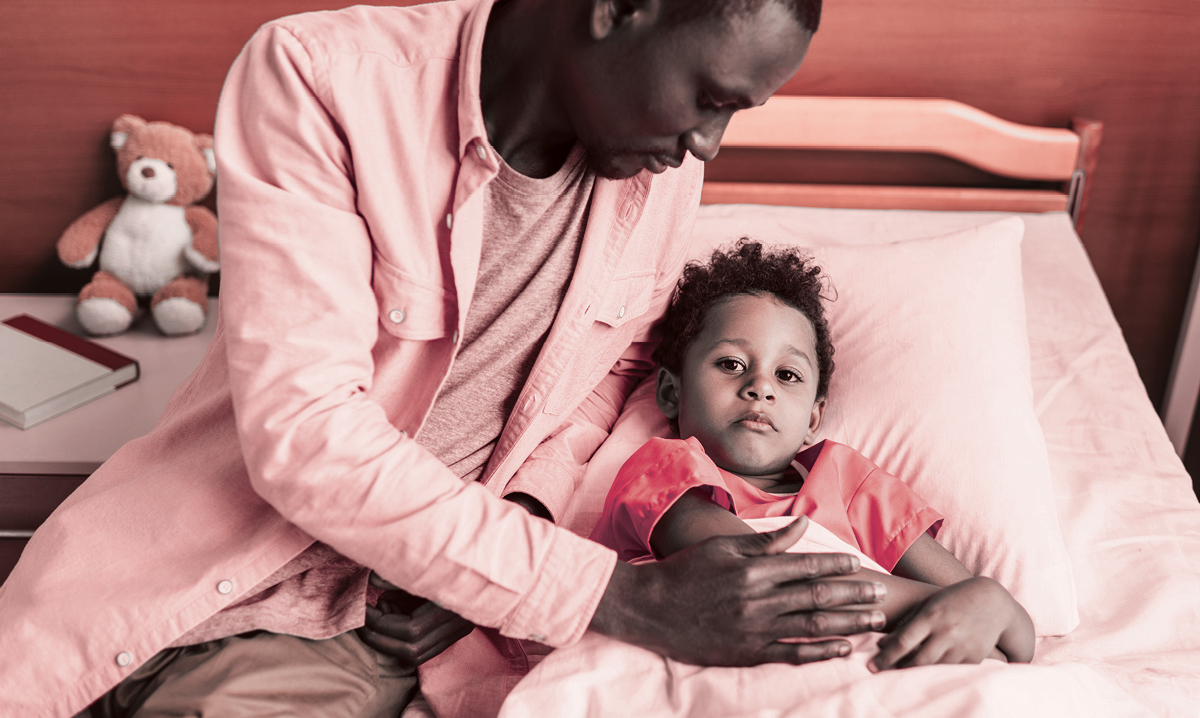 Keeping sick kids out of school seems like an easy rule to follow most of the time.

When children are feeling lousy or running a fever, there’s no question that it’s best to keep them and their germs at home. But what about when symptoms are mild, your child is begging to go back or you just don’t have any more personal days to take?

For many parents, it can feel like a gray area. Schools and day cares have rules for this reason, but it doesn’t mean they’re always followed or interpreted correctly, says Dr. Neethi Patel, a pediatrician with Shelby Pediatric Associates & Child Lung Center in Shelby Township and Troy.

In her 11 years at the practice, she’s heard from plenty of parents who aren’t sure if they’re making the right call – and oftentimes, they aren’t.

“I see it being misinterpreted a lot,” Dr. Patel says. “It’s usually either children with a stuffy nose and a cold staying out of school a lot longer than they need to, or people returning too quickly after vomiting and diarrhea. If they’re not seen by a doctor, a lot of people are interpreting this on their own.”

Different illnesses have different levels of contagiousness, she explains. Here’s a look at the most important rules to keep in mind. Just remember to always ask your pediatrician if you’re unsure. After all, the health of other children is at stake.

“You never know who’s in your school,” Dr. Patel points out. “If there’s a child who can’t receive a flu shot because they have a contraindication, or if you have a kid with asthma, a simple cold can be a two-week thing. Understanding when your child is contagious and when they’re not can really help protect others. We have to work as a community and really think of that when we’re making these decisions.”

Kids should be fever-free – without the use of any fever-reducing medicines like Tylenol or Motrin – for at least 24 to 48 hours before returning to school, Dr. 2. Patel emphasizes.

“If they had a fever is the most important thing that we really judge our contagiousness by,” she says.

When it comes to influenza, parents should opt for 48 hours fever-free to be safe. Antiviral medications like Tamiflu don’t stop contagiousness.

2. Stay home at the onset

With many upper respiratory illnesses, children may not develop a fever at all.

“When you have a cold, a lot of people think if you never had a fever, you’re not contagious. If it’s the first day of a cold, they are contagious, so it’s a good idea to err on the side of leaving them home earlier in the illness,” Dr. Patel says. “For the first couple of days they’re the most contagious.”

3. Some symptoms are OK

t’s OK to send your child back to school if he or she is still having mild cold symptoms.

“If by day three or four they’re on the verge of getting better and better, you don’t have to wait until every single drop of their mucus and cough are resolved,” she says.

“When it comes to strep throat, once they’ve been diagnosed, they should be out of school for a full 24 hours while on the antibiotic,” Dr. Patel advises.

Kids on an antibiotic for another reason like an ear infection, however, don’t need to follow the guideline.

5. Be strict on stomach bug

Children with stomach virus symptoms should go 48 hours without vomiting or diarrhea before returning to school, according to Dr. Patel.

“You can give 10 kids the exact same stomach bug and they would all maybe behave differently,” with some kids experiencing mild symptoms and going back to school right away, Dr. Patel says. “It doesn’t necessarily mean they couldn’t pass it on to another child who has a more severe case and needs to be in the hospital for rehydration.”

Some children have diarrhea for days despite feeling better.

“Technically they’re still contagious,” she says. “It’s better to err on the side of caution with the stomach flu and really stay out of school.”

For more information or to make an appointment, visit shelbypediatricassociates.com.