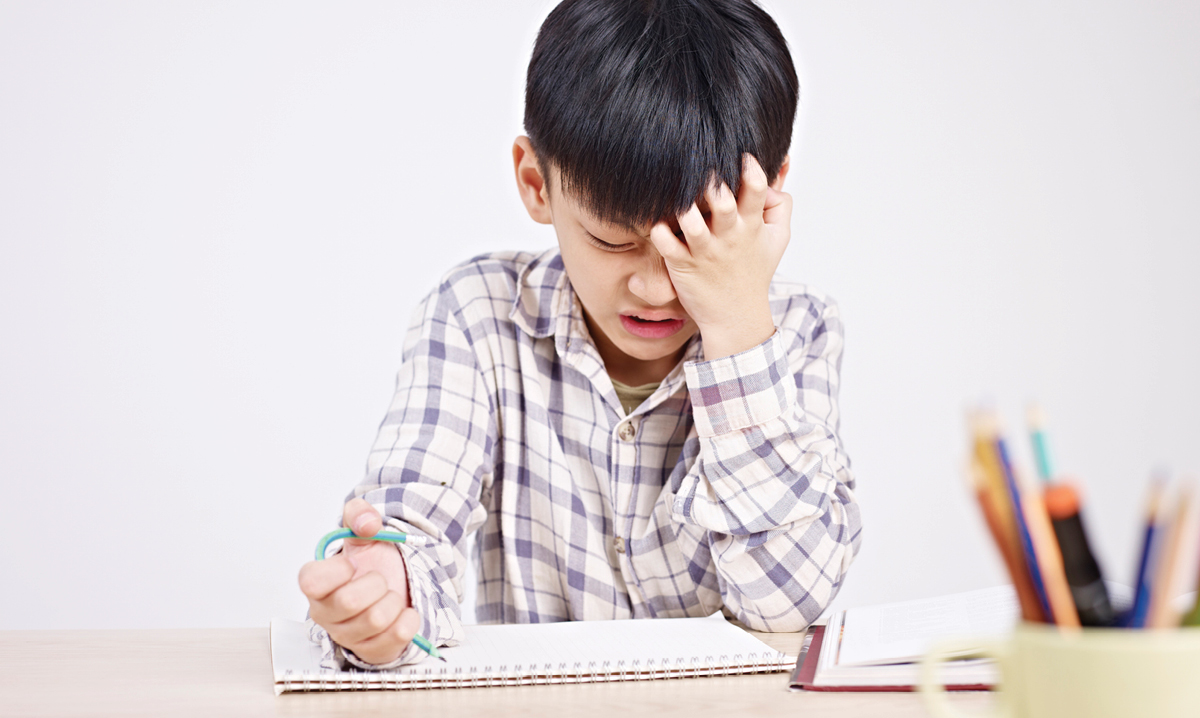 Some parents may not have received the best feedback at parent-teacher conferences this season, particularly if their child is struggling to focus in class, having difficulty making friends or isn’t excelling academically.

While those same parents might be quick to hire a tutor to help their child academically, or consult their child’s pediatrician about ADHD or medication, those steps are only ways to mask the issues, not fix them, says Frank Firek, the executive director of Brain Balance Achievement Centers in Birmingham and Northville.

“Oftentimes, just addressing the problem doesn’t work because the problem is just a symptom of other underlying issues,” he says.

Here, Firek and his wife Amy, who is also executive director at Brain Balance, discuss three common problems that might arise during parent-teacher conferences – and how Brain Balance gets to the root of the issue.

For the child who can’t seem to get good grades, there could be several reasons for the struggle. “The processing speed of the brain may be slow and the memory may not be working well enough to quickly retain all of the information coming in,” Frank says. “When this happens we see kids who need to see things over and over again before it even has a chance to stick.”

Kids like this seem to know information one day but don’t retain it and therefore forget it the next day. Other students study for an exam and feel confident they are prepared – only to fail it the next day.

How kids learn in the classroom could also cause issues, as well. “There may be issues with how the brain is perceiving and processing information coming in through the eye or ears,” Amy says. Since most of the learning in school is done visually and auditorily, kids who are unable to get that information in are likely to fall behind.

Some, however, are simply unable to focus in class.

“Sitting through an hour lecture when you can’t focus for more than five to 10 minutes is a recipe for disaster,” Amy says. “Kids will start to fidget, distract kids around them and make noises.”

It can be hard enough for children to make – and keep – friends at school, but for those who are unable to read and comprehend non-verbal communication, things are a whole lot tougher.

“Five percent of communication is the words we use and 95 percent is non-verbal,” Frank says. That includes body posture, facial expressions and tone of voice. “If a child can’t read the non-verbal communication, they will be off in their interactions with others.”

These children may be silly at inappropriate times or lacking empathy because they are unable to see which emotions another person is feeling.

Other kids are impulsive and can wear out their playmates by constantly changing the rules to a game or shifting what they want to do altogether. It’s frustrating for other kids and can ultimately lead to the end of friendships. And for those children whose impulsivity and inability to sit still continually gets them in trouble at school, their peers simply might avoid associating with them.

There’s a child or two in every class who seems to stir up trouble. “Many kids are continually getting in trouble at school and parents are getting calls and emails from the teachers and/or principal,” Amy says.

While those kids know the difference between right and wrong, they aren’t able to control their impulses.

Boredom is another cause of behavior issues. “Some kids are really smart to the point where they are ahead of the class and just bored with what they are being taught,” Amy says. “If these kids don’t have good self control it can turn into behavior problems at school.”

Getting to the issue

“Those three main topics there, those are symptoms,” Frank says. “Those aren’t the problem. You’ve gotta figure out what’s causing the difficulties in those areas before you even start to address it.”

And that’s what the folks at Brain Balance do using a holistic, non-medical approach.

When a family brings their child in, Amy says, they start with an assessment to understand the physical differences between the two sides of the brain. That assessment will show the underlying reasons for the behavior.

“It’s a real eye-opening moment for a lot of parents,” Frank says. “Nobody has been able to tell them why, and we’re going to show them why that’s happening.”

A customized plan, which tends to last for three to six months, is provided to each child.

As a result of the Brain Balance program, children show improvement in everything from academics to behavior to social skills, and even in their coordination and athletic abilities. Some even stop taking their ADHD medication, Frank adds.

“We start at the bottom and we work on all levels of development so we’re developing the whole child, not just working on one particular piece.”

For more information on assessments or to schedule an appointment, visit brainbalancecenters.com or call 248-BALANCE (248-225-2623).