Without sewing a stitch, Ferndale mom Janie Hamilton has found herself a leading a network that’s created thousands of handmade face masks.

She became full-time organizer for a big push to sew as many masks as possible for Oakland County and Detroit health care workers working in the midst the coronavirus crisis.

As of late May, she’s passed the 7,000-mask mark — and has expanded her project to include caps, gowns, ear savers and face shields, too.

“I spend about eight hours a day answering messages, posting in Facebook groups, communicating with health care workers, setting up pick-ups and deliveries,” says Hamilton, whose kids are ages 1, 4 and 7. “I haven’t actually made a single mask!”

That wasn’t the original plan. Hamilton fully intended to learn to sew the protective covers herself. But as she recruited her friends and strangers on social media, she fell into an opportunity to wrangle a lot of small efforts into something bigger.

How it all got started

The catalyst for Hamilton was concern for her two younger children, who both have asthma. One was scheduled to have an endoscopy at Beaumont Hospital-Royal Oak in late March. Worried about possibly exposing her son to COVID-19, mom checked in with a friend who’s a health care worker there.

“She told me about the PPE (personal protective equipment) shortage, and that some days they didn’t have access to an N95 mask — even when working with patients being tested for COVID,” says Hamilton, referring to the recommended hospital-grade masks that filter out at least 95 percent of all air particles.

“I went to my Facebook and started asking for everyone to give up any hoarded stash they had of N95 masks.” A day later, the DIY cloth masks started showing up in her feed. “I was skeptical at first,” Hamilton admits.

Skeptical, that is, until she spotted a post by Deaconess Health System citing the Centers for Disease Control’s stance on using cloth face coverings in a time of mask shortages.

“I posted in several Facebook groups and on my personal page rallying people up to sew and asking if anyone could teach me how,” she says. “I got so much response about people donating supplies, being willing to sew if they had supplies, etc. that I basically took on a full-time coordinator role.”

When it comes to immediate local need, Hamilton is another clearinghouse, fielding and filling requests that might not be publicly posted.

Her house is a hub, too. There’s a donation bin outside — “if you catch it at the right time, it’s overflowing” — and health care workers stop by for porch pickups of completed products. Each socially distant visitor is greeted by front windows filled with hearts (the work of Hamilton’s oldest daughter).

“I have also been getting a home address of someone willing to get a porch drop off, wash the masks and take them into work,” she says.

‘Just plain dear to my heart’

For Hamilton, another driving force is the relationship her family has built with the Beaumont Hospital staff.

“Being an asthma mom of a toddler is extremely stressful,” she explains. “I have spent nights and nights staying up to watch them breathe. The only thing that ever kept me calm is having a great health care team. No doubt in my mind that (they) have saved their lives multiple times.”

So in part, she says, “Those health care workers are just plain dear to my heart, and I want them to be protected and appreciated as they should be. It makes me sick to think about them putting themselves out there on the frontline to help people and not being properly protected.

“Yes, we’re doing amazing things to provide them with cloth masks,” she adds, “but it’s a drop in the bucket of what they need.”

Holding down the home front

Hamilton juggles her mask movement with teaching online with VIPKids and Outschool. Her husband David’s home improvement business is on hold as the family hunkers down and, like so many others, adjusts.

“We are homeschoolers, but the kids are bummed to be missing all their classes and field trips they are used to,” she says. “We are on ‘spring break’ while mommy helps the doctors. They have been doing lots of fort building and jumping off the couch, no matter how many times I tell them not to.”

In addition to making masks — and other needed supplies — and caring for her kids, she’s also delivered 11 loads of food, water, cleaning supplies, air mattresses and toiletries to those affected by the recent flooding in Michigan.

Know of a hospital or person in need? Submit a public request to covidmaskcrafters.org or send your request directly to oaklandcountymaskdonations@gmail.com. If you have supplies to donate, want to sew or make a financial contribution, email Hamilton, as well. 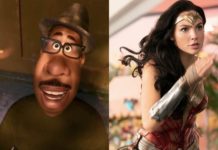 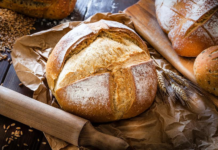