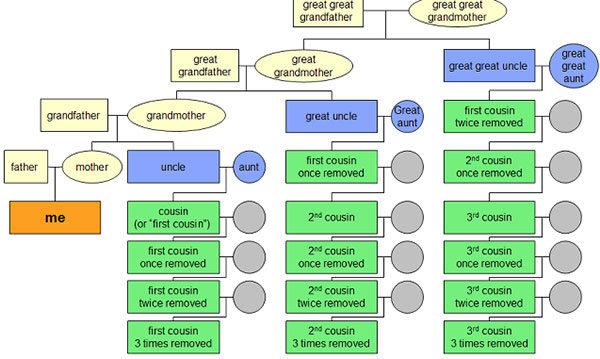 I have 17 first cousins.

When I tell people that, they look at me like I’m crazy, but the truth is I come from a Greek family so I’m pretty sure our family tree is on the smaller side.

How many first cousins do you have? What about a first cousin once removed – do you know how many of those you have?

If you haven’t sat down to count – or aren’t even sure what a first cousin once removed is or what the second cousin definition is, we’re here to help. In honor of Cousins Day is on July 24, we here at Metro Parent provide you with the definition of cousins – with the help of Genealogy.com and Live Science.

First cousins are the easiest relationships to define. These people are children to your aunts and uncles. You share a grandparent with your first cousins.

What does second cousin mean? Second cousins are the people you share a great-grandparent with, Genealogy notes.

“The degree of cousinhood (‘first,’ ‘second,’ etc.) denotes the number of generations between two cousins and their common ancestor,” Live Science notes.

What’s a first cousin once removed?

I have to be honest: Up until I started research for this post, I thought my first cousins’ kids were my second cousins. It turns out they are actually my first cousins once removed.

Still confused? Use this cousin chart below as a visual aid to guide you through your own family tree. 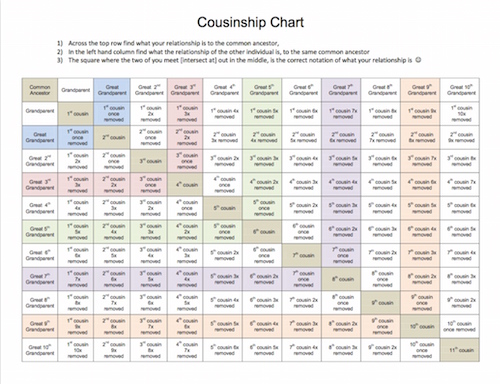 How many first, second and third cousins do you have? What about first cousins once removed? Tell us about your cousin connections in the comments section below.