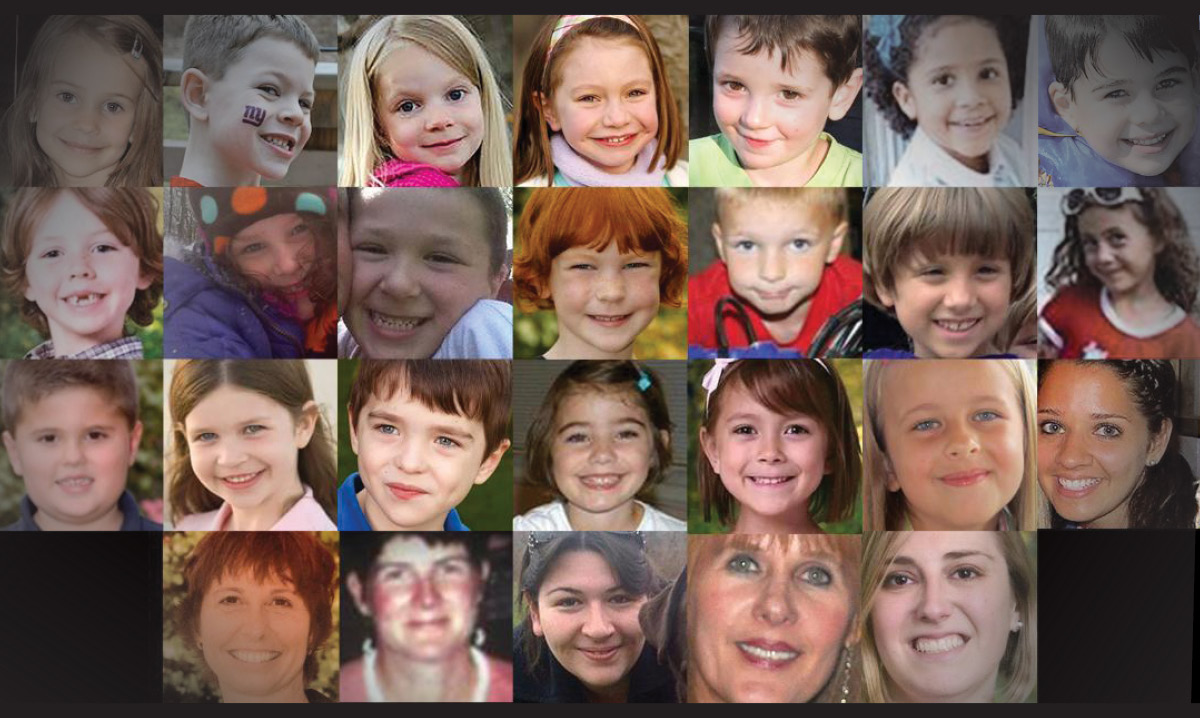 That’s the most recent tally at 10 p.m. Wednesday night.

By the time you read this, regrettably, the death toll from the mass shooting at Stoneman Douglas High School in Parkland, Florida on Feb. 14, 2018, may be even higher.

But I’m fixated on that number right now, as it is. Seventeen.

That’s the exact number of people who work at Metro Parent. That’s Lauren, Kelly, Jay, Leslie, Kerri, Chantel, Kim, Stacey, Christina, Carly, Jessica, Kevin, Linda, Cornelius, Paris, Alexis and me, Julia. Think of a group of 17 people you know and them being shot and killed in one incident. Think of all of the loss of talent and dreams and the devastation that would ripple through the lives of their loved ones left behind.

As we see more and more of these stories, it can be easy to not fully realize the humanity behind the numbers. To not fully absorb the profound loss of each of the people who make up 17 – each individual person. Someone who had plans to go to college and study medicine or architecture, someone who loved reggae or K-pop, someone who was so excited to go to the high school dance with the first person that gave them butterflies. Seventeen “someones” whose parents celebrated their births, cut their grapes in half so they wouldn’t choke, warned them not to talk to strangers or cross the road without looking, not to take drugs, but go to school. All kids should go to school, right? Because that’s where you learn and prepare for life. It’s not supposed to be where you die.

But unfortunately, it’s becoming more and more commonplace for that to be a real possibility.

And that today’s parents – Republicans, Democrats and Independents (it doesn’t matter – bullets don’t have a political party) – should just accept that this is the way it is. That there is no need to figure out how to stop this madness.

And it is madness. It’s a distinctly American dysfunction. We’ve had 18 school shootings so far in 2018 – and we’re not even out of February yet. That’s twice as many as this time last year. And while not all of these shootings resulted in injury or loss of life – six have. Six times in less than two months students were shot and killed or injured in American schools. And that’s not even counting other mass shootings outside of schools. Have we forgotten the 58 people who died while dancing to country music in the midst of the Vegas strip? The 26 worshippers shot to death while praying in their Texas church?

This isn’t happening in other countries.

A study of mass shootings from 2000-2014 in 11 countries (the U.S. plus 10 other countries including England, Australia, China and Mexico, for example) found that the United States had more mass shootings and more people who were killed or injured as a result of these shootings than the other 10 nations combined. Even after adjusting for population differences, we were still the top of the pack. That’s not a distinction we want, right?

This is an American problem. Can we at least just agree on that even if we don’t agree on the cause? Please, let’s start there. We have a problem with gun violence. I think gun control could help, but here’s the thing, I’m open to being wrong. If you don’t think these mass shootings are a result of our more liberal gun policies, that’s fine. But don’t you think we owe it to ourselves as a nation, as parents, to figure out what is the cause and tackle fixing it? I’m open to being proved wrong. I don’t really care if I’m right. I just want kids to stop dying in school. I want their biggest worry to be how they do on the SAT, not who could walk in with an AR-15. And if we find it’s not guns, it’s that we need better mental illness treatment or something else, so be it. I care more about our kids and our country than about being right.

So I ask you, no matter how you feel about gun control, call your congressman and ask them – Republicans and Democrats – to get to the bottom of this. If it’s not guns, it’s still not acceptable. And we need to figure out why this is happening. We can’t just accept that this is the new American reality. Ask our senators and U.S. representatives to fund the Centers for Disease Control and Prevention’s research into the causes of gun violence and the ways to prevent it.

This research has been stalled for 20 years. Congress won’t fund it. Why? I appreciate the prayers and condolences that come from our political representatives. I really do. And I think that they truly care and are devastated each time one of these shootings happens. But sorrow isn’t enough. We need to do something.

No one, no matter your party, no matter your politics, should stand in the way of solving this problem and following the research wherever it may lead. My ideology, your ideology is not more important than the lives of our children and the soul of our country.

The names of the 17 victims who died on the cusp of adulthood Wednesday afternoon have not been released as I write this, so I can’t honor them by naming each one of them. But we can honor them by demanding action. There is a problem. We need answers. Let’s start there. Please. Call. Write. Let’s do this together.

How you can help …
Email or call your U.S. representative and senators. You can look them up here:
Find your U.S. Congressman through the search tool house.gov.

Need help on what to say or write? You’re a busy parent. I get it. So here’s a quick script for you:

I’m a concerned parent who’s tired of living in a country that just accepts that school shootings and mass shootings in general are a reality. Maybe we don’t agree on what we think the cause is, but we need to be united in getting answers to this problem, so we can better protect ourselves and our children. I ask you to support funding into the causes of gun violence and the ways to prevent it. Please stop standing by and doing nothing. We need answers and action.

Don’t stop at contacting your congressional representatives. Feel free to call other members of Congress too. The more calls, the more likely we’ll start to work together to find a solution to help reduce mass shootings in our country and keep our kids safe.