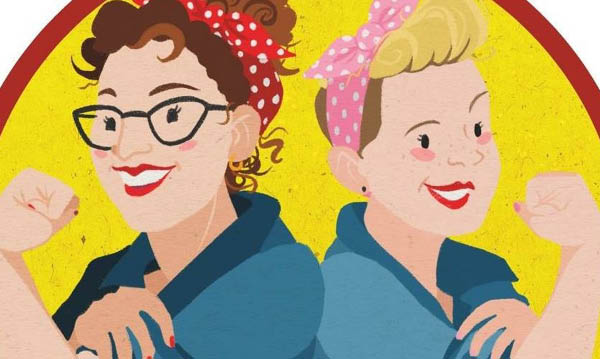 When Detroit illustrator Nicole Lapointe and Highland Park author Bailey Sisoy Isgro learned less than 7 percent of children’s books had a female protagonist, they had the same thought: “We can do it.”

Rosie: A Detroit Herstory (Wayne State University Press, January 2018) is a story for kids about Detroit’s role in World War II from the perspective of the women who held down the fort.

“The book will teach you history without you even realizing it,” says Sisoy Isgro, an automotive clay sculptor at General Motors by day and the owner and guide at Detroit History Tours by night.

The 40-page hardcover includes bright, detailed illustrations and rhyming prose suitable for ages 4-12. It’s not your typical tale, however: Your little one will walk away having learned about the Lend-Lease Act and the Arsenal of Democracy.