The death of George Floyd at the hands of police officers sparked international protests and cries for change — and, here in metro Detroit, our teens have been particularly outspoken about the injustice.

So, what is inspiring local Gen Z teens to stand up against police brutality and speak out in support of equality more so than teens of past generations?

We spoke with Taylor Martin to find out what lit her fire and to get her tips to help other kids that want to use their voice.

For Taylor, a student at Carlson High School in Gibraltar, the Black Lives Matter movement is not just an idea. It’s something that she has to think about every day.

“As a black woman, a black teen, I felt the need to speak up,” she says. “This could be my father, brother, uncle, cousin or friend, (and) with George Floyd’s death I felt like it was now or never.”

So she decided she’d plan and lead her very first protest, which happened on Detroit’s Dequindre Cut on June 6, 2020.

“I planned (the protest) in like a week,” she says.” Both of my parents are super supportive and my mom helped me a lot in this process.”

With the support of her parents, Taylor was able to connect with two Black women from BYP100, a national member-based organization of Black youth activists fighting for justice and freedom, who connect her with the local activist organization Detroit Area Youth Uniting Michigan, aka DAYUM.

“I really had a team backing me up,” Taylor says. “Any small things that I didn’t thing of or missed out on, they were there to back me up.”

In the end, her peaceful protest attracted some 500 people and made its way from the Eastern Market entrance to the riverfront where it culminated in powerful speeches from both Taylor and local leaders, including Michigan’s 13th Congressional District representative Rashida Tlaib, along with calls for attendees to vote.

“I didn’t know how many people came out … and then to have Rashida come out and support it meant so much to me,” Taylor explains. “I can’t even explain — it still hasn’t fully registered, but I look back on pictures and videos and I see people of all different races and ages coming together to fight for the Black Lives Matter movement.

“I feel like change is coming, (and) I hope that we can finally just put everything behind us, from police brutality to racism. That we can have a fresh start and that all races can be accepted.”

Tips for other young activists

After her protest, Taylor decided to continue working with DAYUM to help other leaders with their protests and give them advice.

“I don’t know what the future holds,” she says. ” I’m just trying to take my time and help as many other teens as I can.”

While she admits that planning a protest can be difficult, she encourages kids of all ages to keep fighting for what they truly believe in.

She also offers these tips to those teens that want to plan their own protests.

“Be sure you know what you’re getting yourself into,” she says. “You want to make sure you have everything together.”

Having a team of people that had her back made Taylor feel more confident in the planning that she had done. “Surround yourself with people that will actually understand,” she says.

You never really know what’s going to happen at a protest, so it’s important that you have people in safety roles in attendance.

At her protest, Taylor had people passing out water and hand sanitizer. She had people manning a voting registration booth and people in security roles, too.

“As long as you have those safety roles, your fight will go right,” she says.

4. Don’t let anyone discourage you

“If you think your message is important enough, get it out there,” Taylor says. “A lot of times people are afraid to speak out (because) some people have different beliefs, but if we come together, who can break us down?”

For more information on Taylor Martin’s work, visit her on Instagram at Justice in the Mitten — and for tips on how to teach your kids to stand up and be anti-racist, visit the Talking About Race page at MetroParent.com. 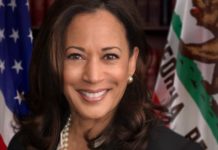 What Kamala Harris Means to a Local Black Mom 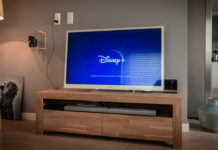