From the September 2020 Metro Parent magazine 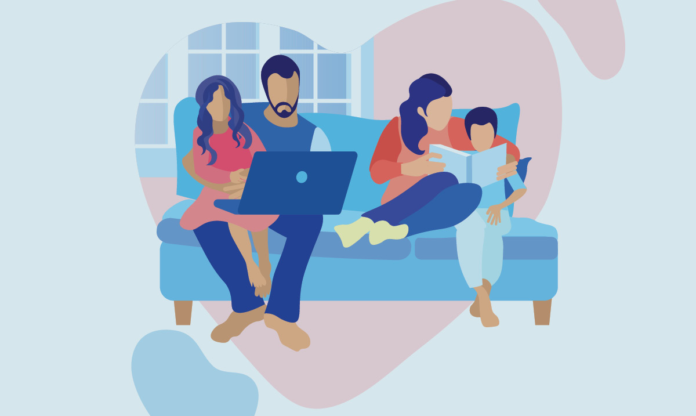 Misty Kluck knows what it means to be a parent-advocate.

After finding out her daughter Tessa had Down syndrome while in utero, Kluck was asked if she wanted to terminate her pregnancy.

“I was heartbroken,” says Kluck, who also has a 26-year-old daughter. “It’s like going through the death of your child because of what you thought it was going to be and what you thought they were going to do.”

Instead, Kluck moved from Louisiana to Michigan to be closer to her husband’s family and access better medical services.

“I was afraid I wasn’t going to bond with Tessa after she was born,” says Kluck, who lives in Willis. “But she’s just a joy and leaves me in puddles. If you’re not smiling, she’s going to make sure you’re going to smile.”

At 4 months old, Tessa entered early intervention, a federal program under the Individuals with Disabilities Education Act geared towards infants and toddlers who have a high probability of developmental delays. At age 3, Tessa entered Michigan’s Early Childhood Special Education Services, which helps children ages 3 to 5, and Kluck began navigating the process of getting her daughter an Individual Education Plan, known as an IEP, a legal document used for school-aged children ages 3 to 26 in Michigan.

At 4, Tessa was also diagnosed with autism and apraxia, a speech disorder that made it difficult for her to speak, and Kluck got her into Applied Behavior Analysis therapy. She split her days with ECSE in the mornings and ABA therapy in the afternoon.

“Once Tessa hit kindergarten all hell broke loose,” Kluck says. “None of the teachers agreed with the autism diagnosis. Meanwhile, my child was hiding under the tables. She was having sensory issues. She was hitting people. She was running and they weren’t working with her. But I’m one of those mothers you’re not going to tell me my kid can’t do something because I will show you that she can.”

She trained to become a parent-advocate to help her daughter and has now helped about 50 families in Washtenaw and Wayne counties.

“The road you are walking is the hardest road you’ll ever going to walk but it is also the most rewarding,” says Kluck. “The only thing that is going to make a difference is teaching people to look past the disabilities and look at the abilities. And you have to be willing to stand up and fight, or nothing is going to change.”

‘A position of strength’

Since the pandemic, Matt Cohen, a special education and disability rights lawyer, says many parents are discovering their child can do a lot more than their school recognized or that they are struggling with things the schools said was OK.

Parents need to document and track the changes they are noticing to be used in IEP meetings.

“This is a unique moment in special education history because parents will have more data than schools will,” Cohen says. “That puts parents in a position of strength.”

Parents also need to be prepared advocate for their children even more than before.

“A huge concern, and I think it’s going to blow up in the next couple months, is districts being unable to track goals or provide progress updates on goals,” says Judy Ruffalo an advocate with Breaking Autism, a special education advocacy organization. “I’ve seen hundreds of progress reports due to COVID-19 or unable to take data due to online learning.”

That’s left a lot of students vulnerable to regressing instead of making progress with their IEPs.

“Parents need to ask the school why there isn’t data and say ‘There’s no excuse to not have data with online learning systems tracking what students are doing, teacher and parent observations should be used as data,'” says Mo Buti, a special education advocate at AiepA.

“You’ve got to learn the basics of the law so you’re not railroaded and ran over,” Kluck says.

Michigan typically follows a qualitative process, not a quantitative one, which means if a student missed 60 minutes of speech there won’t be a minute-for-minute ability to recoup services, says Heather Eckner, the executive director of the nonprofit A2Ideas.org, which offers special education advocacy services in Wayne and Washtenaw counties.

Parents can request compensatory services by asking: What does the student need to be made whole, to help get the child into the position they should have been in had required IEP services been provided, Eckner says.

Parents can also file a complaint with the state board of education, the Office of Civil Rights or work with an advocate or an attorney that can be found via Council of Parent Attorneys and Advocates or Wrightslaw.com, a website with special education law and advocacy. Parents can find additional resources at Michigan Alliance for Families.

Any parent who suspects his or her child may have a disability can request the child’s school district evaluate a son or daughter for special education-related services. Breaking Autism, a special education advocacy organization, has a sample form letter to help parents get started.

After a parent provides written consent and the district reviews a parent’s proof of residency — typically done in the form of a driver’s license and a utility bill —the district will typically schedule a formal school evaluation or an independent education evaluation. It’s proctored at public expense, so the school gets control over the type of evaluation.

During the pandemic, many districts are conducting these evaluations via Zoom to help determine eligibility.

Parents can also request a private outside evaluation, from a developmental pediatrician, neuropsychologist or another expert, usually paid for at the parents’ expense. Although schools must consider the recommendations of an outside evaluation, they don’t have to accept them.

“It’s a complex system and really difficult to intuitively understand how to navigate the processes and procedures,” Eckner says. “But as the parent, you’re your child’s default advocate.”

“Most parents and private clinicians ask ‘What’s best for the child,'” Cohen says. “But that’s not a good way to frame it because schools are not obligated to do what’s best, only what is appropriate and necessary.”

Think of it like a car, Cohen says. You can’t ask for a Cadillac, he says, but you can expect a Buick and want to make sure there’s an engine, four wheels and enough gas in the car to get you were you want to go.

That means parents need to be able to describe and document why they are asking for things that are a necessity rather than just desirable, Cohen says. That typically requires showing a lot of evidence to illustrate what the district is currently doing isn’t working and the program you are seeking, such as having a private tutor or therapist, has been successful. Parents may need to seek private clinicians who can make recommendations specifically about your child or based on their general experience.

Kluck’s advice: Know how your child learns and what your child needs. And never go to an IEP meeting alone.

“No matter what you do or what you say, school districts are going to do the absolute minimum they can do,” says Kluck, whose daughter is now 7. “Everything you’re going to try and get for your child is going to be a fight. Most parents have no idea what they are walking into.” 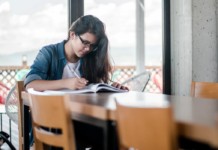