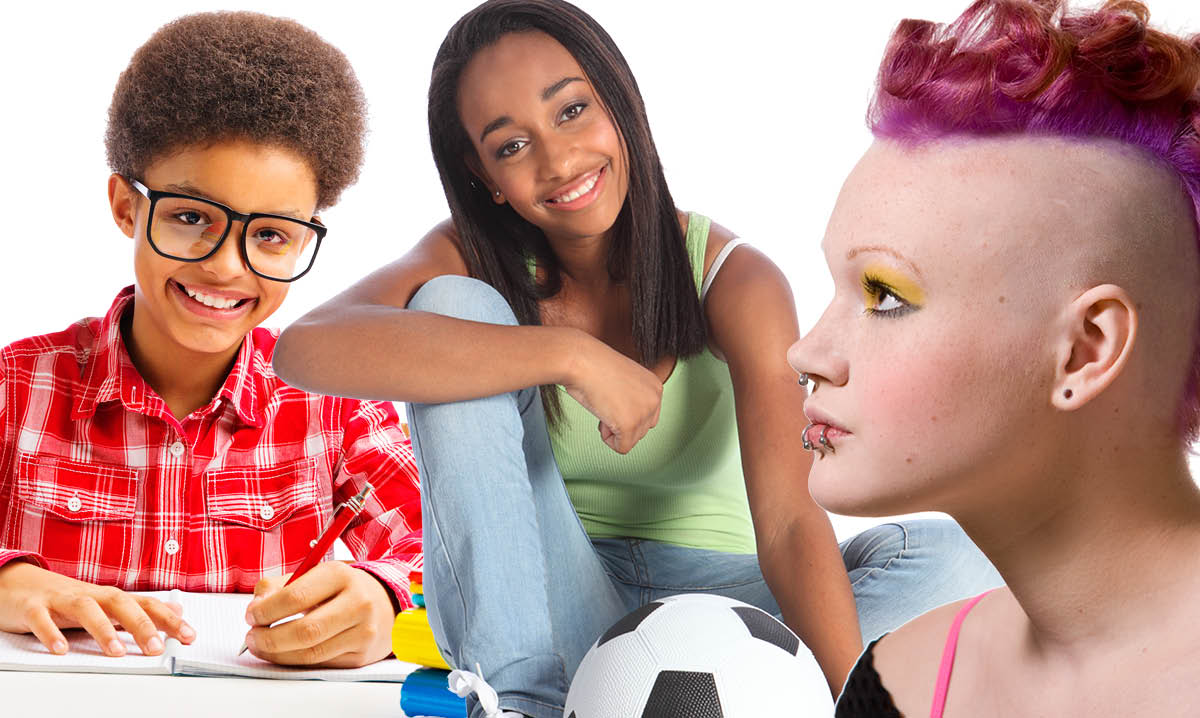 What high school clique were you a part of? You know, that group of friends that shared a lunch table and who you spent practically every Friday night with?

Perhaps you hung with the sporty jocks. Maybe you were one of the smart kids. Or perhaps you drifted between cliques, like me — I hung with the ROTC dorks, band geeks, preps, emo kiddies and, if I’m being honest, the occasional stoner.

Wherever you fit in back then, the kids you ran with meant a lot to you – and they mean just as much to kids now.

But things aren’t quite the same.

A 2018 report in the Journal of Adolescent Research cites a study by researchers with the University at Chicago and the University of Texas at Austin that found changing demographics in high school, cultural influences and other factors have altered the hierarchy of today’s cliques.

Curious which group your child falls in — or wondering what’s so different from when you roamed the halls?

Here are the 12 categories of high school cliques discovered by the study, what they are according to Urban Dictionary — the crowdsourced online dictionary for slang — and whether they rank at the top, in the middle or toward the bottom of the oh-so important high school pecking order.

Researchers in the study found kids who fall in these high school cliques tend to be affluent, attractive and well known. Evidence shows they also like to party and are often well-liked, though kids in lower cliques don’t always look upon them too highly.

Urban Dictionary defines this clique as the kids who have it all. They’re the “good looking” kids that always sport the latest top-of-the-line clothing and tech.

They may also be known as preps and are sometimes viewed as the “bullies” or “mean girls” by cliques lower on the list.

These are the kids whose entire life revolves around sports. They have always taken a higher spot on the social ladder, and this study proves they’re still holding onto that spot.

They are sometimes classified by lower listed groups as being bullies, but Urban Dictionary differentiates between “athletes” and “jocks,” claiming that athletes are more likely to hang our with everyone, despite their status on the team.

Floaters are the kids that don’t really have one specific group of kids they hang out with — you may have referred to them as “drifters” or “clique jumpers” in the past.

Urban Dictionary says these kids are generally shy but are also polite and friendly. They tend to have a lot of friends and get along with most everyone, which is why they’ve historically scored high on the list.

You may have known this clique as the overachievers or maybe even the teachers’ pets. They’re the kids that are good at just about everything and generally participate in and excel at a multitude of extracurricular activities or volunteer work.

Generally, these participants in the study exceled at well-roundedness, which lands them among the more popular cliques.

Middle of the field

Academically advanced and influenced by art and culture, these kids tend to fly under the radar in high school and embrace things that are not as mainstream as the members of the higher-ranked cliques.

According to the study, this group of kids made a leap up the list due in part to high levels of extracurricular engagement.

They may use color, art, piercings and other body modifications to express themselves and tend to have a more creative appearance. You may know them as “indie” or “hipster.”

These are the “smart kids,” “nerds,” “brainiacs.” The ones that excel in their schoolwork and consistently pull good grades.

The study found that this group exhibited high levels of academic anxiety and were “less mentally healthy” due to fear of upsetting their parents.

Historically, they’ve fallen in the middle of the pack and continue to hold onto their spot.

These are the kids that are unknown. They might feel “invisible” and don’t really fall into any other clique, so they embrace one another and fall smack dab in the middle of the pack.

Burnouts. Potheads. Druggies. The kids who smoke weed or do drugs fall into this category.

Research notes that because these kids can score drugs and bring them to parties frequented by higher cliques, they’ve always fallen toward the top of the middle in terms of popularity, but lost a little of their footing due to anti-drug and smoking campaigns.

Urban Dictionary notes that these kids are generally pretty cool, laid-back and get along with most everyone.

The study notes that these kids reject the mainstream; tend to have low self-esteem and run with smaller friend groups. It also suggests that these kids are usually more influenced by current events, pop culture and social media.

You know those kids that wear all black, dye their hair dark, sport the black nail polish and see the beauty in darkness? Those are the kids in this clique.

These kids focus on counter-culture behaviors and are generally quiet and somewhat withdrawn.

Though not typical of all members of this group, some may also self-harm, so parents of these kids should be aware of the signs.

This is the newest peer group found by the study and is basically a modern twist on the classic “computer geek” crowd. They embrace Japanese pop culture, including animated series, films, graphic novels and other artwork and may spend their time online experiencing and sharing their passion.

In this group are the kids that don’t really have friends or who are content being alone.

The study found that other cliques tend to be standoffish around them out of fear these kids may be dangerous, which it claims is “new and unique” to today’s youth due to the prevalence of active school shootings — though not all loners are at risk of becoming violent.

For this reason, the study places these kids at the bottom of the social ladder.

The study also notes that racial and ethnic stereotypes are still prevalent in our high schools, despite increasing diversity.

Ethnic high school cliques tent to be more fluid and often act as a “home base” to kids of different ethnicities that may be a part of other cliques.

What high school clique were you involved in? Is it one of the 12 found by the study or something else entirely? Tell us about your experience in the comments.