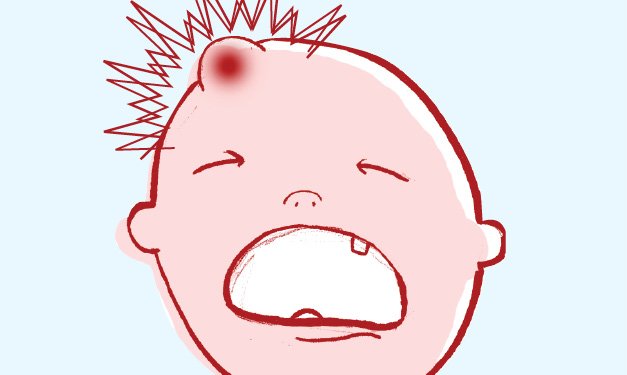 Does your 2-year-old look like he’s preparing for a rock concert? Head-butting the wall, his sibling or you?

Well there’s no need to be alarmed. About 20 percent of children do this, says Dr. Paula Schreck, a pediatrician with Ascension St. John Hospital. Boys are more likely to engage in the behavior.

“This is similar to any tantrum,” Schreck says. “It’s usually brought on by frustration or lack of attention.”

Typically manifesting between 18 months and 2 years old, the behavior is a way for toddlers to send a message to the parent. It should subside once they start talking at around 3 or 4.

To prevent this behavior, the first step is to notice when it happens. “Try to pay attention to when the child does this, what they’re trying to get out of it,” says Dr. Lori Warner, psychologist, board-certified behavior analyst and director of Ted Lindsay Foundation HOPE Center at Beaumont Children’s.

If it’s an attention-seeking act where, for example, you’re on the phone and not playing with your child, be proactive. Set up toys or games for while you’re busy to distract your kid from your lack of attention.

“When a parent comes to me with a child exhibiting this sort of behavior, the first thing we do is go over the history of the event,” says Dr. Tisa Johnson-Hooper, a Henry Ford Hospital pediatrician. “We go over what happened before, during and after the behavior.”

The next step is to make sure they’re going to be safe.

“It’s unlikely they will do it hard enough to hurt themselves more than once,” Warner says. Basically, if they hit their heads too hard, they likely won’t do it with as much gusto next time.

Although they are unlikely to seriously injure themselves, bruising may occur.

The best way to get your child to stop this action is to ignore it. Like any tantrum, if you overreact or feed into it, the child will realize that doing this bad behavior results in more attention.

“Even picking up your child to stop the head butting is reinforcing the behavior,” says Johnson. “If you’re worried about their safety, pick the child up, put them in their crib and leave the room. This ensures that they are safe, but you’re still ignoring them.”

If the behavior is happening for an extended period of time, contact your family pediatrician.

“It could also be a response to pain,” says Warner, such from “an ear infection or new tooth that they are unable to verbalize to you.”

Head butting also is often seen while a child is preparing to fall asleep. This is not problematic and should not be taken seriously.

“Toddlers may rock or head bang while falling asleep,” says Schreck. “They simply enjoy the rhythmic movement like when they were in the womb.”

Made sure their crib or bed has a soft place for them to rock their head, but be cautious to not over-stuff it with pillows and blankets for fear of suffocation.

Many parents are worried that this head-banging behavior is an early indicator of autism or other developmental disorders. While it is one symptom, without other red flags, the behavior on its own is no need for alarm.

This article was originally published in 2012 and is updated regularly. 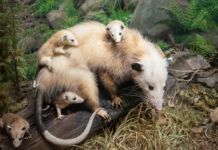 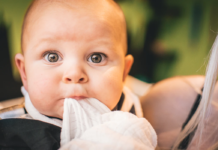 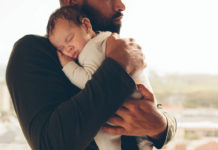