The Reasons for Loss of Libido After Giving Birth

Emotional and physical factors impact a mom's loss of libido post-childbirth. How can you get back on track with your spouse? 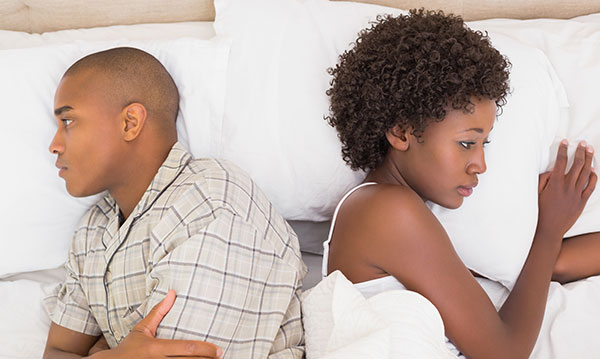 Pregnancy and childbirth wreak havoc on a woman’s body and hormones. For many women, it’s not always initially clear just how much has changed.

One big change many women experience is a loss of libido after giving birth, and for many, that six-week “no sex” rule doesn’t feel long enough. In fact, women with young children, a recent British study found, had a higher likelihood of reporting a lack of sexual interest than men. And for new moms, in particular, loss of libido happens for a number of reasons.

If you’re one of these women, you’re not alone, Amy Anstett, a midwife with Eastside Midwives in Roseville, says.

Here, Anstett discusses why women’s sexual drive decreases after giving birth and how couples can get their groove back.

“Most women experiences a loss of libido for many reasons. Physiological, emotional and psychological aspects of becoming a mother all play a part,” Anstett says.

Women who have had a baby have experienced trauma to their bodies. They have stitches, swelling, pain and bleeding, as well as hormonal changes, Anstett notes.

Aside from the physical changes, Anstett says there are emotional changes that can lead to loss of libido.

“Emotionally, a woman may be figuring out a very new role. This may be her first experience as a mother, or she may have been a mother for years,” Anstett says. “She may be trying to align her vision of herself as a sexual partner with the new reality of maternal responsibilities and expectations.”

Many of the mothers Anstett sees complain that they are overwhelmed with the intimacy that comes with having a newborn, particularly if they are breastfeeding.

“There is a sense of needing personal space. She is in a constant place of giving to another person. For many moms, sex becomes just another way she is expected to give or take care of someone else’s needs,” Anstett says.

A baby can bring couples to a different level of sexual intimacy and Anstett tries to stress this to new parents she sees.

“It is not always going to be about the ultimate goal of pleasure for the sake of pleasure. It may become a way of acknowledging the needs of their partner,” Anstett says.

For her, intimacy with her husband came during the middle of the night. When she was nursing her son, her husband could place is hand on her thigh or back and that communicated a sense of affection that she needed.

“It is so important for the couple to communicate openly about their feelings and needs. Compliment each other, thank each other, acknowledge each other and touch each other. Not for the end goal of intercourse, but for the goal of communicating affection.”