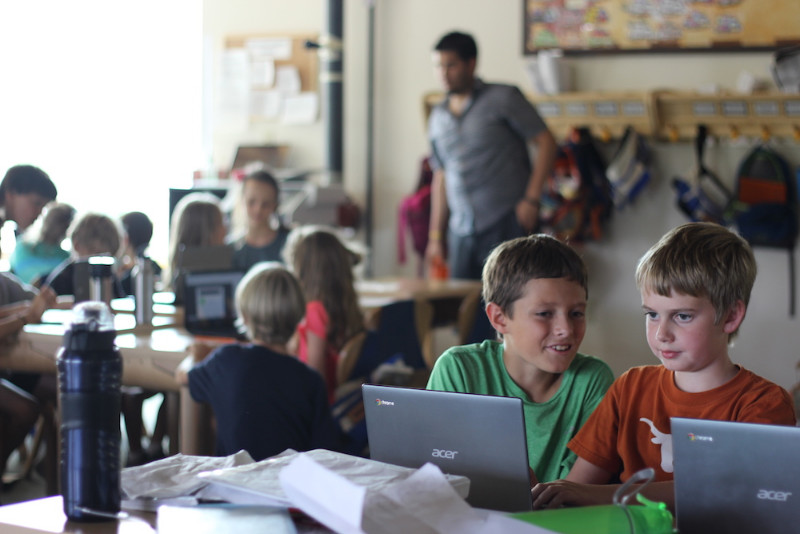 Acton Oakland is different: Study it, learn about it, talk about it.

Acton Academy Oakland County is a part of the Acton Academy network, a new and innovative international microschool network disrupting the traditional education model. The result of their modern approach is that learners find joy in learning and develop the character to conquer any challenge, personal or academic, they encounter. With a no-homework policy and learner-driven environment, parents are saying over and over that their kids are happy again, they see a spark that had been lost and their family has time to be a family again.

The Acton Academy Network was born out of a family's concern for their kids. They wondered if their children were being prepared for the future, not only academically but in character as well. Acton was built from the ground up taking the latest research and best practices in education to ensure the next generation was ready for their future, however ambiguous it may be.

After learning about the Acton Academy concept, Jay Patel and his wife moved away to Ann Arbor so their children could attend Acton Academy. They saw the success their children had and they wanted to offer it to other like-minded families. They returned to their home in Oakland County and opened their own Acton Academy in Downtown Rochester.

At Acton Oakland, learners use the latest game-based learning technologies in a self-paced environment. This includes hands-on, real-world projects and apprenticeships. This is all delivered in a tightly bound community of lifelong learners with a focus on forging character. "At Acton our belief is that every person who enters our doors deserves to find a calling that will change the world," says Jay Patel.

The central metaphor that is used in every aspect is the Hero's Journey. Just as Harry Potter, Luke Skywalker or Abraham Lincoln accepted a challenge and went on to overcome adversity, learners accept their challenge and overcome their adversity, be it Math, Reading, Writing or being an ally or good friend. Using the Socratic method, the learners are guided, not directed, and coached using "Hero" and growth mindset language so they can continue on their journey.

Students govern themselves at Acton Oakland. The learners come together at the beginning of the school year to create a School Contract. They make the rules, they author the contract and they all sign it. Throughout the year, the students hold each other accountable through town hall meetings, amendments and other real world systems.

"The thing that amazes me is when they sign the contract they state they are responsible for their own education. Simply by doing that it provides a profound shift in their psychology," says Patel.

Students learn essential social skills such as conflict resolution and how to give constructive, critical feedback through regular 360 peer reviews and positive character call-outs. They experience what it means to care and encourage each other so they all can progress on their Hero's Journey. They not only become a close knit community but they become each other's best ally.

Learners use mastery-based adaptive software that provides them with individualized lesson plans. This ensures they are challenged enough so they progress and can only go forward only when the concept is mastered. In essence, learning is catered to the student; your child does not get left behind or have or play catch up to a rigid calendar-based lesson plan.

In the elementary studio, the focus is on "learning how to learn." In the middle school Studio, they "Learn to do," and in High School they "Learn to be." To support this Acton Oakland holds an annual children's business fair and learners are tasked to find internships so they can find their calling, which special gift that only they can give the world.

"The magic of Acton is that we can focus on encouragement, opportunity and community, instead of meting out special allowances in a standardized system run by adults," says Jeff Sandefer, the Co-Founder of the original Acton Academy.

If you believe character matters more than tests and free play is more important than homework. If you yearn for your child to find a calling and not just a career, contact Acton Oakland for a personal tour today!

Acton Academy Oakland County has rolling admissions and is accepting students grades 1-6 for the 2019-20 school year.