5 Tips for Seeing ‘Disney on Ice’ in Detroit This Fall 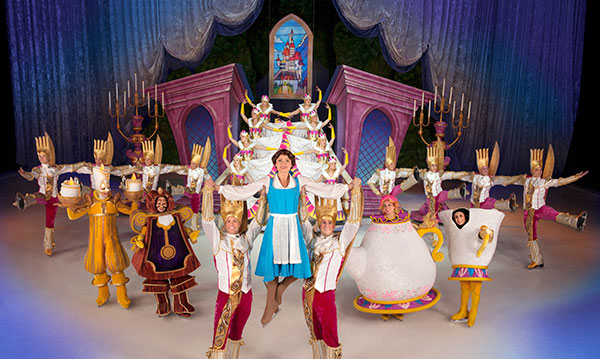 Taking your kids to see a live show like Disney On Ice is an annual tradition for many local families. Usually, it involves a trip on I-75 up to the Palace of Auburn Hills.

This fall? It’ll be, as Disney-philes would say, “a whole new world.” The latest production of the kid-favorite Disney On Ice will actually be the first family show at the new Little Caesars Arena in Detroit.

But that’s not the only thing changing. Consider these five tips and highlights to help you plan your trip to Disney On Ice: Reach for the Stars, playing Oct. 12-15 with tickets starting at $15.

1. Be prepared for a mix of modern and classic

For starters, you should know that the upcoming show is entirely new.

“This is a show no American audience has seen yet,” says Grant Marron, who plays Prince Hans in the production. “They get to see something new and fantastic.”

You’ll recognize the characters, though. In addition to seeing Mickey and Minnie, fans can expect to enjoy stories from four fan-favorite films during Disney On Ice: Reach for the Stars.

And Frozen fans won’t be disappointed: “Let It Go” is included and everyone will be encouraged to sing along, says Sarah Marron, Grant’s sister, who performs in the chorus.

2. Plan for a city experience

The brand new Little Caesars Arena is not only the new home of the Detroit Red Wings and Pistons but also, of course, the Frozen sisters Elsa and Anna. For many local families, Disney On Ice will be their first visit to the new venue.

“To be able to be the first ice show to play the new arena is really exciting to me,” Sarah says.

As families come out to see their favorite characters at Disney On Ice: Reach for the Stars, they’ll also get to experience the ever-growing excitement of Midtown Detroit and everything it has to offer. Make a day of it by leaving time before or after the show to check out some city sights. You’ll also want to plan ahead for directions and parking, which can be found here.

“I am very, very excited to both close down and open up a new chapter in Detroit for the venues downtown,” Grant says.

Those incredible skaters, singers and acrobats you’ll marvel at during the show? Some of them have local ties to the Detroit area – and they’ll be performing for you and their friends and family this month.

Two performers are from Livonia and Birmingham, and the Marron siblings both lived in metro Detroit while they were in high school. They trained at the Detroit Skating Club in Bloomfield Hills and made lifelong friendships while living here.

“I got to learn some great things from some fantastic coaches that are in the Detroit area. They continue to serve me here on Disney On Ice with some of the tricks that we do,” Grant explains. “They really taught me how to perform and project.”

While families will be making memories at the new Little Caesars Arena, Grant will be looking back on his own Detroit venue favorites.

“I went to go see Metallica at the old Joe Louis Arena and that was a fantastic time,” he says.

4. The concessions are half the fun

Well, maybe not half – but you’ll get the picture when your kids light up at the sight of the cotton candy, spinning toys and other themed goodies on display. Sarah points out that Disney On Ice events include Disney “cast members” who travel with them to each venue.

“They’re part of the Disney family just as much as we are. You’re really getting the true Disney experience when you go to the stands,” she says.

The new Little Caesars Arena will also add to your options with its wide range of dining choices, including a pizza spot and sports bar.

5. Bring on the grown-ups

If you’re new to Disney On Ice, you might assume it’s a show for the kids – but you’d be wrong, especially if you consider a recent observation Grant had at one of their shows.

“We had some ladies come in and all of them were dressed as Disney princesses. They had no kids with them and they were having more fun than anyone,” he laughs.

And it’s true – the grown-ups really are expected to enjoy the show just as much as the kids.

“We have something for all ages, for boys and girls as young as 2 and as old as grandparents,” he says.

For more information about Disney On Ice: Reach for the Stars or to purchase tickets, visit disneyonice.com or ticketmaster.com.