As the national divorce rate declines, gray divorce rates – that's divorce among couples 50 and older – have increased twofold since the 1990s. 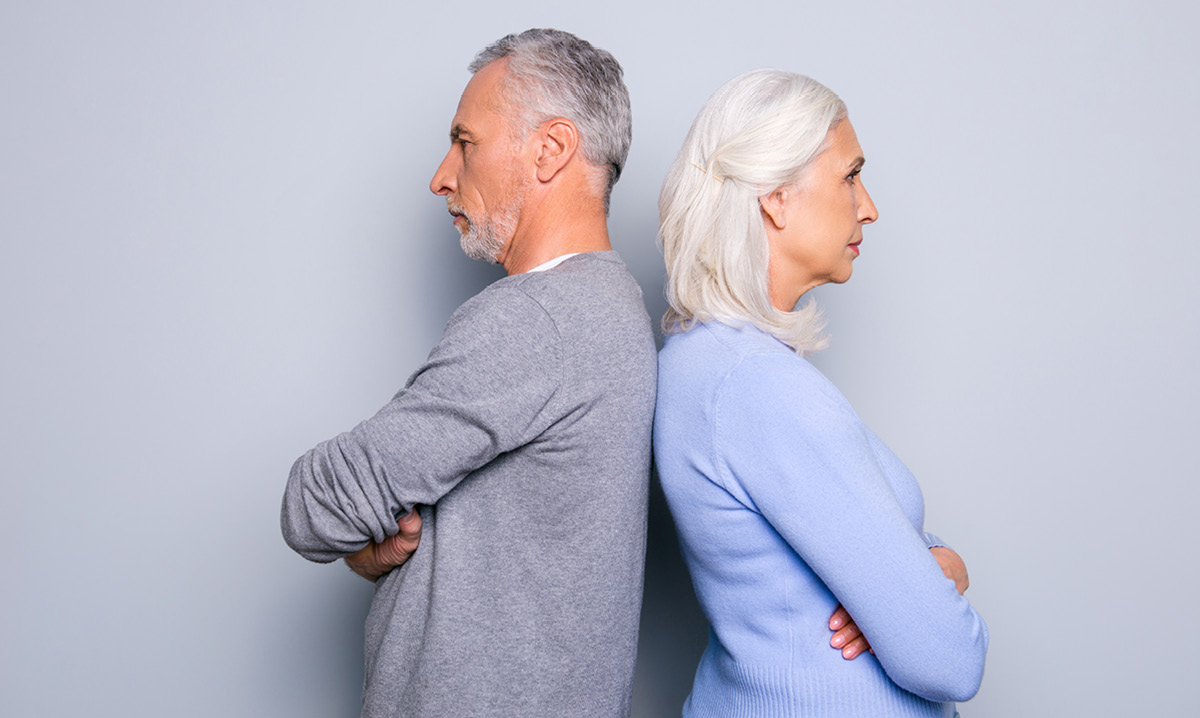 At a recent therapy session, clinical psychotherapist Cindi Rosner sat down with three adults in their 20s and 30s to discuss their parent’s recent divorce.

“It’s extremely hard – they were hurt, they were angry,” says Rosner, who practices at the Relationship Institute in Northville. “The focus in their minds was, ‘they haven’t tried hard enough,’ so it’s not easy for adult children either.”

Married people in their 50s are divorcing at roughly twice the rate they did in the 1990s, says research from a Bowling Green State University study published last year. This increasing rate for divorce after age 50 (called “gray divorce”) comes as the overall U.S. divorce rate declines.

Michigan fell in the bottom half nationwide, coming in at 9.5% compared to the national average 10.1.

“I absolutely see (gray divorce) in the practice a lot,” Rosner says. “And more women in this age range are initiating divorce.”

Why has the divorce rate doubled?

Rosner, who has worked as a counselor for 46 years, says the reason for these divorce rates comes down to the changes in how families divide work both inside and outside the home.

“These women became viable in the work-world while having families in the late 1970s and early 1980s, and they worked hard academically to get jobs equal to those held previously solely by men,” she says. “When this began to happen, women had full plates of both roles of parenting and professional positions – often neglecting their own needs.”

“In many cases the husbands – though supportive of their wives dual roles – were not helpful in the division of household labor or child rearing,” she adds. “These men were raised in traditional households and by default saw themselves as breadwinners rather than also sharing a domestic role with their spouse.”

This lack of equality in the home created tension that went unresolved, leading to a possible divorce, she says

“Many women held resentments over the years for feeling undermined or lacking partnership by their husbands,” she says.

After children leave the home, married couples in their 50s are given time to reassess their relationship outside of taking care of their kids.

“As children leave the nest there are often minimal shared pleasures, and values have shifted,” she says. Plus, “women have a sense of financial security and independence at this stage of life and feel it is now their time to be valued differently.”

How can adult children cope?

“The thing that’s very sad, but is also a reality, is that no matter how old you are, you don’t want your parents to split up,” Rosner says. “There’s a fantasy in your head that there’s something that can resolve it.”

“It’s like a loss, it’s like somebody died – the structure they’ve known isn’t the same,” she says. “But if the parents go through therapy and are healthy, there’s no reason they can’t be a family.”

Rosner says she primarily recommends adult children to do two things: focus on building their own family unit and remind themselves that they aren’t losing their parents’ love or support.

“Even as an adult, the unconscious fear is that they will be abandoned and unloved,” she says.

She also says it’s important for adult children to remember that they weren’t in the partnership themselves and there are things they don’t know or understand, even if they did grow up in the same home.

“They may know some things and were somewhat aware, but they likely don’t know the real cause of what was going on, so their job is to focus on their own family and love the two parents separately,” she says.

Practically, Rosner says there are things adult children can do to make things easier: instead of holding holidays or birthday parties at the parent’s home, offer one of the children’s homes up for special events.

“You should always be inclusionary, and you don’t assume that people can’t interact with each other,” she says. “You have the dinner table at the party, and maybe now the parents don’t sit next to each other – you can spread things out, you dilute things.”

She says two of her clients who went through a “nasty divorce,” now have holidays together, including the adult children, the new spouses and a child that one of the parents had with a new partner.

“It doesn’t have to be awful,” she says. “A lot of times, adult children will see how much happier each parent is and there’s a sense of relief, but it’s not right away.”