What To Do If Your Aging Parents Experience Cognitive Changes

It's a painful reality for many adults when their aging parents experience cognitive changes. Find out how to get your parent evaluated and what to expect. 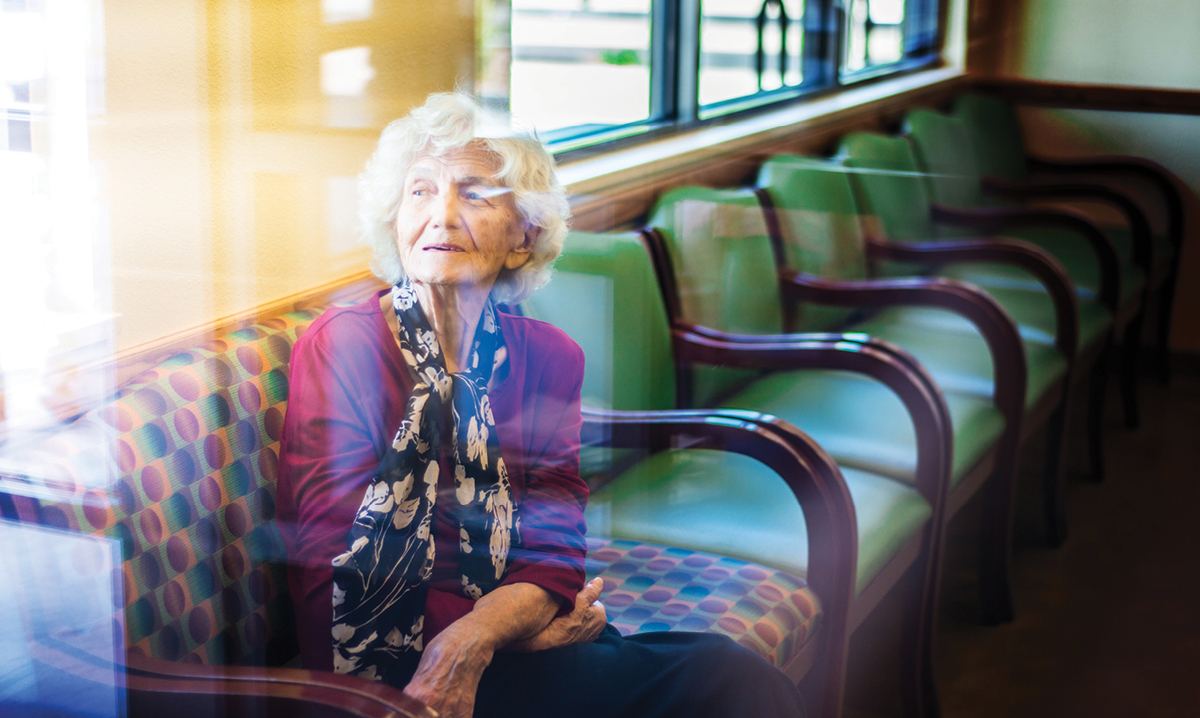 What Darren St. Ledger misses most are the long conversations he used to have with his mom. His mother, 77 years old, has good days and bad days in her battle with memory loss.

“Some days she reaches deep down to remember things and once she can’t she gets frustrated,” explains St. Ledger, a Westland resident and father of two. “She remembers people like you wouldn’t believe and gets very excited when people come to visit her. But if I ask her if my brother was visiting with her the day before I visited her, she couldn’t remember.”

In St. Ledger’s case, his mother’s memory loss seems to be related to a stroke she suffered two and a half years ago.

“When I first found out that my mom had had a stroke, I dropped to my knees,” he says, since he knew her speech, memory or ability to walk could be affected.

“She’s able to talk, but really you can’t understand anything she says. That frustrated me because my mom and I would have long conversations and we’re both very gregarious people.”

She now lives at an American House facility, where staff are able to understand her needs.

“It took a while for her to get acclimated at the American House but once she did, the people that were there knew she was a special person. She knows everybody.”

St. Ledger tries to have the same kinds of conversations with his mom that he used to have, but it’s not the same.

“She’ll call me on the phone and we try to talk, but it’s hard,” he says. “I start to cry and wish that day that she had that stroke had never happened.”

Dementia on the rise

The pain St. Ledger and his family are facing is not uncommon. Sadly, memory loss affects many older adults and the emotional impact is felt throughout the entire family.

Dr. Amita Pai, M.D., a geriatric specialist with Beaumont Health and the medical director of the Beaumont Geriatric Clinic, says the prevalence of dementia is increasing in the senior population.

Cognitive changes are more common at the age of 65 or older, though it can also happen earlier.

“The biggest risk factor for cognitive impairment or dementia is age itself,” she says. “When you see parents living into their 80s and 90s, you start noticing it more.”

Early signs of memory loss can include a failure to remember appointments, missing social engagements or a decrease in personal hygiene.

“Some of the objective signs are they start losing weight, they may be forgetting to eat, forgetting to bathe, tending to wear the same clothes over and over again,” she says.

It could even be more subtle, like noticing your mother used to go to the salon regularly to have her hair or nails done and no longer does. There could also be a slight personality change or you may notice your parent is withdrawing from some of their usual social activities.

“They don’t want to put themselves in social situations,” for example, Pai says. “These may be indirect ways of finding out what’s happening.”

Safety factors should also be on your list of what to look out for when visiting aging parents.

Before you rush your parent into a doctor’s office, try to have a non-confrontational conversation with him or her about the changes you’ve noticed.

“Some of them might be in self-denial or trying to cover it up,” Pai notes. In those cases, “opening up a conversation and showing empathy” is best. “That might lead to finding out what are they struggling with at home.”

An important step is finding out whether your parent has any insight into what’s going on, or whether they don’t realize the cognitive changes they’ve experienced.

Once you’ve had that conversation, it’s time to pursue a diagnosis. You can start with your parent’s primary care physician or go straight to a geriatric specialist or neurologist.

“Not all memory loss is dementia,” Pai points out, adding that several psychiatric disorders can mimic memory loss. “Sometimes it’s depression, side effects from medications, a mini stroke or a stroke that has happened. Let’s go to your physician and talk to them about this. The diagnosis helps with prognosis and planning for the future.”

If your parent is reluctant to seek out an evaluation, remind them that you aren’t trying to take away their independence.

As Pai tells her patients, “Everything we are doing is to support maintaining your independence,” she says. “The fear of losing independence I think is what makes most seniors resistant in seeking care. The goal, at least in the geriatric philosophy, is to maintain independence. We do everything possible to improve safety. It may still be possible to live at home.”

For help at home, several tools are available including medication reminders and even GPS tracking devices, so you can be sure your parent hasn’t left the house or to track them while out on a walk.

Your parent’s physician will take care of a driving assessment to check whether driving is still safe.

“Understand that you have to be a child to this person and not just their caregiver. They don’t really accept the reversal of roles well where you’re the parent and they’re the child,” Pai says.

Dementia is essentially a symptom that means memory loss, Pai explains, and there are many causes of dementia.

Alzheimer’s disease is one of the most common causes, accounting for almost 70 percent of dementia cases, she says. Other types include vascular dementia, Lewy body dementia and frontotemporal dementia.

Finding the cause of the dementia is critical, since treatment options are often different for each condition. Although some diagnoses have no cure, various interventions can help improve quality of life or prevent it from getting worse.

In some cases, patients can also participate in research studies that could help lead to a cure in the future.

“There are many different reasons for the memory loss,” she says. “It’s always good to not ignore it and to get it evaluated. The earlier we find it out, the better it is.”

Adult children may feel reassured to know that the majority of dementias are “slow-progressing,” Pai says. “Almost 70 percent (of patients with mild cognitive impairment) can stay the same without much progression if they’re doing the things recommended including exercise, diet and keeping mentally engaged.”

When a parent is experiencing memory loss, it’s important for adult children to exercise patience and never antagonize the parent about what’s happening – “even if you notice problems that are glaring,” Pai says.

For example, don’t say things like, “Mom, you’re not doing this right,” Pai advises. “That leads to a friction and impaired relationship. You want to maintain that trusting relationship because they need your help for many more years.”

And when it comes to delivering medical news that a parent may not want to hear, “Let the physicians be the bad guys. We can give them the bad news,” Pai says.

It’s a difficult balancing act for children acting in a caregiver role for their parents. “Pick your battles,” Pai emphasizes. “You can’t solve every single thing. Keep safety as a priority. Let the medical professionals talk them into some of the other changes. It’s hard for any of us to accept changes.”

Adult children and caregivers shouldn’t hesitate to seek out resources in their community for themselves and their aging parent.

St. Ledger and his brother found assistance through the Senior Alliance, Area Agency on Aging 1-C, a nonprofit serving southern and western Wayne County that provides services and resources for older adults.

“I would recommend using resources within your community if your parent has had a stroke or is in the stages of early dementia,” St. Ledger suggests. “We never did seek any counseling for ourselves even though we were exhausted with wondering what would happen next.”

Don’t be afraid to seek out professional help, and try to remember that “the person (you) love is still in that body,” he says.

And importantly, St. Ledger has peace of mind knowing his mother is happy and receiving quality care.

“She laughs, she tries to sing Beatles songs and dances in my car. She’ll dance with me in the middle of her room just because it makes her happy,” he says. “My mom raised four boys and each one of us act differently around her. But what I remember is that no matter what, she’s my mom and I love her just the way I did when I was able to begin loving her.”

His advice for families facing memory loss in an aging parent is to work as a team.

“Families need to stick together and work together to help their parents,” he says. “Most of all, you have to learn patience. Every day is something different, but one thing that never changes is our love for our family … so I’ll do whatever I can to make sure my mom is in good hands.”