Paying for private school tuition is one thing, but there are other hidden expenses parents should know about. Here are three extras to keep in mind. 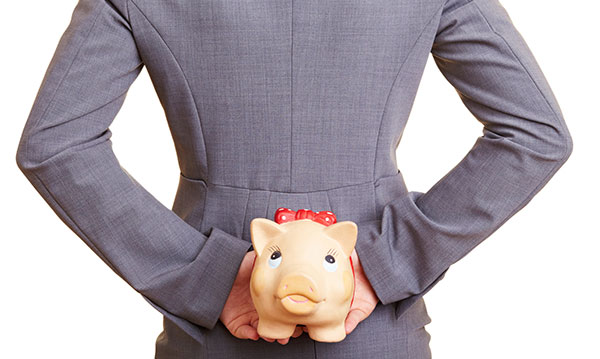 Tuition is not the bottom line when it comes to the cost of private schools. Parents are often faced with additional costs throughout the year that are not covered by the student’s tuition. From uniforms and athletic participation to spirit wear and even textbooks, local parents share the extra hidden costs of private school.

Tuition is designed to mainly cover the operational costs of the school and salary of the teachers, not the extra items. Like public schools, most private school students pay for school lunches, school supplies and, in high school, a yearbook.

Jennifer Burnette, a Mount Clemens mom with a son at a local parochial school, says school supplies are a normal start-of-the-year purchase for public and private schools. She’s responsible for everything from pencils and pens to art supplies for the art room and also the classroom, plus tissues and cleaning wipes. Those items are not covered by tuition.

Denise Jasion has children at a local parochial high school. She says she recognizes that public school families face costs as well, but private school parents need to be aware of costs that can come up.

“I’m pretty sure public schools are facing those same fees. I know pay-to-participate for sports and band may actually be higher in the public school,” Jasion says.

Macomb mom Karla Hardies has two Lutheran High School North students and a son in eighth grade at a local parochial school. This year, her son will go on a class trip to New York City.

“It’s expensive; we try to offset it with fundraisers, but then I also purchase lots of stuff for the fundraisers. It’s still less than what the trip costs, but it’s still an out-of-pocket expense in addition to tuition,” says Hardies.

Fellow Macomb mom Jill Welch says her daughter’s parochial school hosts several fundraisers per year and she feels the need to attend them.

“My daughter’s school has two big ones every year that cost me at least $150 each between and all the incidental games of chance, such as raffle baskets, 50/50 drawings, etc. They’re optional, I know, but it’s hard to avoid them,” says Welch.

Bonnie Feldbush, a Clinton Township mom who put three children through a parochial school, says field trips were one of the largest expenses in grade school, especially if more than one of her kids were attending the same field trip or when it came time for the eighth grade class trip.

“Some of the fundraisers were difficult for us, especially when we had job losses and lay-off,” says Feldbush.

Like public schools, sports aren’t free. Welch says pay-to-play sports at her daughter’s Catholic school are $100 for each sport. Hardies says the same is true for her students as well. The cost covers referees and uniforms, but for some parents, it can be several hundred dollars per year per child.

“For my high schoolers, I also have to pay a lot for spirit wear. They don’t have to have it, but they can wear it all year long. Each team they are on has its own design and can only be ordered through the school spirit store,” says Hardies.

Spirit wear isn’t the only clothing expense. Most of the schools have uniforms or very specific dress codes, requiring a second wardrobe just for school.

“My daughter’s Catholic school requires jumpers, so it’s not like they’d be worn outside of school,” says Welch. Some school dress codes include only khaki, blue or black pants and only collared shirts. Parents say these clothes are not used for play clothes as they must remain in good condition to be worn to school.

Some schools that require a uniform offer used uniform sales. Parents donate their old uniforms to the school and the school will sell them at deeply discounted prices.

Marilyn Soboslay has three children at two local parochial schools. Some days, the schools will offer the opportunity for students “dress down” and wear jeans or other clothes, but for a cost. These days are usually used as fundraisers and cost the kids $1 for tops and $1 for bottoms.

“At $2 per kid, that’s $6 per ‘dress down day’ for a family with three children. It doesn’t sound like much, have having two dress down days per month costs that family $12 per month and $108 per year,” says Soboslay.

The parents say they aren’t complaining about the costs of the school, they just want to make parents are aware that tuition isn’t always the final cost.

“There are inherent costs that pretty much everyone pays if they have school-aged students. They definitely kill our pocketbooks. In choosing a private school, you still have all of the inherent costs and then those unique costs, like tuition, registration and uniforms. My experience has been that private schools actually work really hard to keep those costs to a minimum,” says Jasion.