Banned Books: Why it Happens and How it Affects Kids

In honor of Banned Books Week, a metro Detroit librarian discusses why books get challenged and the consequences that come along with banning them. 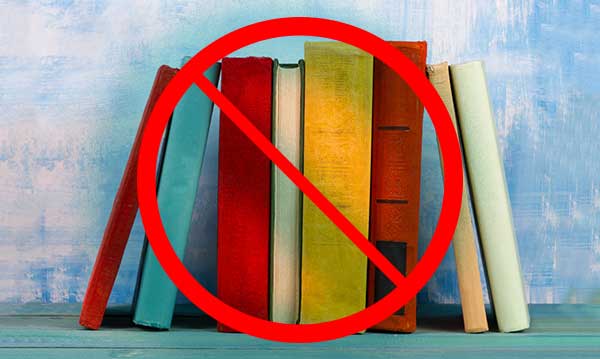 What would you do if your kid didn’t get to learn a vital piece of information because someone else deemed it too “dangerous” for them? Well, it’s already happening in the form of challenged or banned books.

Last year around 10,000 books were silently challenged and others were removed from library shelves and bookstores all together; tucked away where the stories and information within its pages can’t be found.

When a book gets challenged, someone else is essentially trying to decide what is best for everyone based on his or her own beliefs and feelings, and if they succeed, the people that can no longer access the literary work are the ones that miss out.

So, why do people take it upon themselves to challenge books for everyone and what consequences do kids suffer when they no longer have access to certain reads?

In honor of Banned Books Week, which falls Sept. 23-29, 2018, Melissa Smith, a youth service librarian at the Royal Oak Public Library weighs in.

Banning a book usually starts with some sort of concern with the content, Smith says.

“I think (people do it) to validate what they feel,” she explains. “If you have something that is perpetrating pure horror and you feel that it’s inappropriate for any child then you feel like you’re protecting them.”

Reasons for challenging a book vary from person-to-person but most often it stems back to sexually explicit material or strong language in the story and “offensive” or religious viewpoints conveyed in the material, Smith says. But sometimes dislike for an author can be the culprit, too.

“A lot has to do with authors as well. I think people think that authors shouldn’t be read for different reasons,” Smith adds. “(But) when you take away a book because you don’t like the author, are uncomfortable with LGBT (or other) content or profanity, you’re taking away from the author’s artistic content and (their work) creating that character.”

And as with anything, there are consequences to it.

“When you remove a book from a shelf because something is offensive or sexually explicit … you’re creating a dangerous and sensitive moment where you’re saying that your views are the only views that matter,” Smith explains.

This creates an environment in which certain topics are off limits and prevents kids from opening their minds to another culture or viewpoint that they might not be familiar with.

“You’re taking away another avenue for them to explore and discover,” she adds. “(Books) answer questions and put questions into their minds that they would have never otherwise thought about.”

If a parent doesn’t want their child to read certain things, Smith suggests parents help the child pick out a book that they feel is appropriate, rather than attempting to remove the book all together.

Though not much good comes from banning a book, the one bright spot comes from the extensive discussion and process that a challenged book must go through before falling into the ranks of other banned books – it launches the book front and center.

“I don’t know that there’s anything good at all,” she says. “I think the power that is in banning books is the attention that the book is getting. It’s forcing us to look at the books in a literary manner and opening up discussion and discourse. I think if you can have a conversation about a banned book, it might open people’s minds about the damage they cause just because they don’t agree with it.”

Unfortunately, Smith says, 82-90 percent of challenges remain unreported because professionals fear losing their jobs if they speak out and parents don’t speak out about them. Luckily, this is something that parents can help change.

“I would say, as a parent, be that first line of contact for that book,” Smith says. “If there’s something you don’t agree with and you think that the book should not be banned, speak out.”

She recommends using social media to garner support for the book that is being challenged, going to PTA meetings, getting involved at school and talking to local librarians and teachers on how to support these books.

“Personally, as a parent, I don’t want to see any books off of the shelves,” she says. “Challenges happen every day … (and) giving our power over what we read to someone else, isn’t a good thing.”