Can Parents Opt Kids Out of the M-STEP? 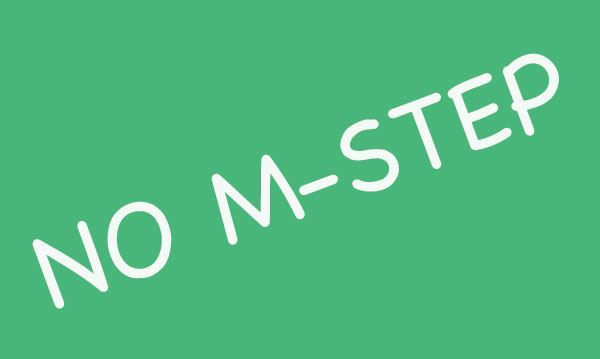 Standardized tests are an expected part of the school year for many students, but it’s a status quo that some say won’t last.

A growing number of parents around the country are questioning the importance of standardized testing and refusing to let their kids participate. The “opt-out movement,” as it’s called, is supported by a variety of national and local organizations that say high-stakes testing is harmful, ineffective and a waste of valuable time.

According to a May 2016 article in U.S. News and World Report, over a half a million school-aged children didn’t participate in standardized testing. Opting out is more common in certain states like New York, where almost one in five students reportedly opted out in 2015.

What is the M-STEP?

For families in Michigan, the main test of the year is the Michigan Student Test of Educational Progress, or M-STEP. It was rolled out in the 2014-15 school year and replaced the 44-year-old MEAP test. More changes are ahead for the M-STEP, but it’s expected to be offered through at least 2018.

“The M-STEP is a 21st Century test given primarily online each spring and is designed to gauge how well students are mastering state standards,” Janet Ellis-Jarzembowski, a spokesperson with the Michigan Department of Education, told Metro Parent late last year. “These standards, developed for educators by educators, broadly outline what students should know and be able to do in order to be prepared to enter the workplace, career education training and college.”

The test takes students around four to eight hours annually to complete, depending on the student’s grade, Ellis-Jarzembowski explained. The 2017 testing schedule can be found here.

Opting out in Michigan

The state of Michigan currently has no provision to allow parents to “opt out” their students, says William DiSessa, a spokesperson in the Office of Public and Governmental Affairs for the Michigan Department of Education.

“Based on federal law, all students are required to participate in the assessments,” he says. “Of course, parents have the right to refuse to allow their students to test, but that student would count against a school’s participation rate for accountability, just as would other non-tested students.”

DiSessa also shared the following letter the department sent to parents last year about the M-STEP: “The MDE respects parent choice. However, we also care deeply that students graduate ready to succeed in college or the workplace. State standardized tests allow us to measure student progress in learning Michigan’s high academic standards and assess how well schools are teaching these standards in classrooms across the state. While we support parents in making choices for their children, there is no allowable way in state or federal law to ‘opt out’ of assessment. Students who are not assessed will count against their schools’ participation rate, leaving schools open to penalties.”

So parents can refuse to allow their children to be tested, but they should know the school could face consequences if enough other parents do the same.

“If schools or districts don’t meet the 95 percent participation targets, they could face accountability consequences,” such as federal funding being withheld, he explains.

Parents can learn more about the M-STEP test here.

United Opt Out National offers a variety of resources for parents interested in opting out, such as sample letters parents can send to their child’s school principal.

“United Opt Out Michigan rejects the use of high stakes testing as detrimental to developing creative, nurturing environment in which authentic education takes place,” the group explains on its Facebook page.

What do you think about the opt-out movement? Tell us in the comments.