Detroit Principal is a Teacher at Heart 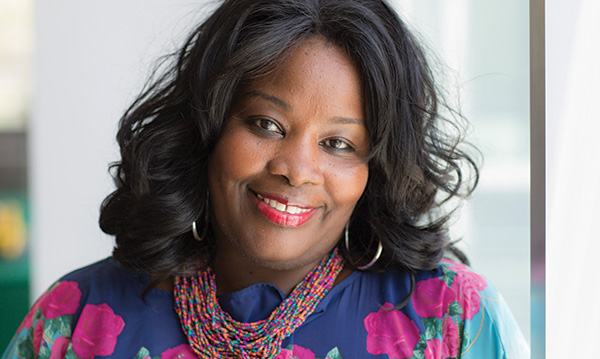 As a kid, Lisa Phillips set her sights sky-high: She wanted to be a flight attendant or a news anchor. Instead, the principal of Cass Technical High School in Detroit says, “I fell in love with teaching.” After 30 years in the field, Phillips’ dedication and passion recently earned her recognition as the National Alliance of Black School Educators’ principal of the year. “They could only put one name on the award,” the Detroit mom of two is quick to say, “but this was a team effort.”

Detroit Public Schools is where Phillips hangs her hat. And boy, has she worn many. She began as a substitute middle-school English teacher. “The experience of working with students and making a difference in their life was so rewarding.” Working with tweens and teens really clicked. Phillips moved into admin after 15 years in the classroom – and even met husband Ronnie, now a superintendent, along the way.

Phillips has restructured a ninth grade and created karate, boxing and hair styling after-school programs for kids. But her favorite experience? Being put in charge of the former DPS location Detroit Tech High School in 2002. “It was the length of a hallway,” she recalls. During her stay, enrollment jumped from 50 to 300 kids. They earned a Bill Gates Foundation grant and outstanding students got to attend technology conferences in in Seattle, Miami and New Orleans. “There were no boundaries.”

That ethic carried to Cass, a college-prep school where she’s been principal for five years. “We’re like the melting pot. We have students here from all over metro Detroit.” She’s nurtured its high-achieving record while launching new programs like International Baccalaureate. But she’d rather credit her staff.

That goes double for the kids. Phillips recalls a wheelchair-confined student who dreamed of walking across the stage for graduation. The principal made special arrangements for it – all while capturing video for the student as a keepsake. “I wanted her to know that she mattered and that her last memory at Cass Tech was the greatest.” As Phillips puts it, “I like to put you out front. I will just sit back and say, ‘You go, girl!'”

Org behind the award

National Alliance of Black School Educators, or NABSE, is a Washington, D.C.-based nonprofit. Each year, it singles out one leader for cultivating “significant positive outcomes for students of African descent.” Phillips was the 2014 awardee.

“My kids say I’m the principal at home,” Phillips laughs. “I’m a teacher at heart, and I didn’t realize how much of an impact it had on my kids.” That includes Ronnie Jr., 28, and 23-year-old Jasmine. “They grew up in the classroom with us.”

So what about her extracurriculars? Phillips loves to relax with classic movies. “Great Expectations, Pride and Prejudice, Imitation of Life – anything with Cary Grant,” she says. She’s also a self-described “shopaholic,” proud member of Alpha Kappa Alpha Sorority, Inc. and active member at Triumph Church in Detroit.

Education has its challenges, too. “I’ve had students in the past who were murdered or incarcerated,” Phillips says. “It beats me down, wondering what I didn’t do.” To address that, she’s a mentor – and has started two such programs at Cass. “When you fall short, it bothers me,” Phillips explains. “I can’t save ’em all, but I sure try to give it my best.”