E-readers for Kids at Home and in Schools 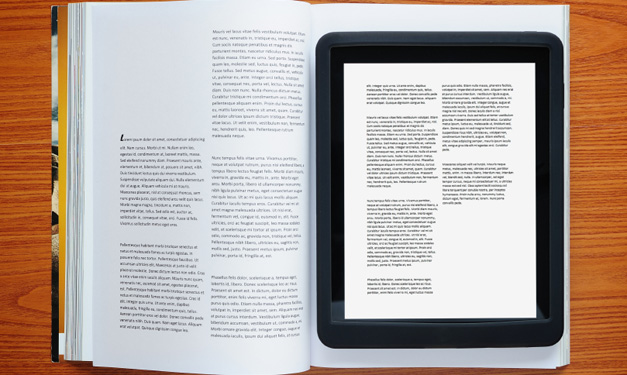 No question about it: E-readers have established themselves as must-have items. In fact, the Pew Research Center found a rise in the number of adults using e-readers and tablets like Kindle and iPad after the 2011 holiday season: Sales nearly doubled within less than a month.

But it’s not just adults jumping on the e-reading wagon. There’s been a spike in the number of children’s book publishing sales over the past five years thanks to e-readers, according to an IBISWorld study – meaning kids are enjoying the devices along with their parents.

Are digital bedtime stories the new way to evoke a child’s interest in reading? And how are tablets being used with children in schools? Parents and teachers alike are giving a little insight into how they’re coping with the craze.

Kids have begun to notice mom and dad have a new toy. Parents using their Kindles and iPads at home have found ways to enjoy them with their children, and Wyandotte mom Amy Bolton believes there are many reasons to do so.

Bolton says she got a Kindle in December 2011, during the holiday season. The mother of two, who had close friends already using their iPad and Kindle to read with their tots and teens, decided it was worth looking into children’s books for her device.

“There were books we didn’t have, classics I don’t own, and there are free and low-cost children’s books on the Kindle,” Bolton says. Some Kindle books she’s bought for her kids include illustrations, too, she adds.

Bolton said Isaac, 9, and Sophia, 4, love to read on the Kindle because it’s “cool and new.” She says the e-reader is attractive to her kids, making reading fun.

“They’re excited about it because it’s my device – and they’re also excited to read differently,” she says, but adds, “You do have to get used to the Kindle because it’s so different from a paper book.”

The technology is also being incorporated into classrooms for more than just reading.

“We are fortunate to have iPads in the classroom as a support,” Jones says, “and/or to extend activities.”

Jones says they don’t use iPads specifically for reading; rather, to “support the children’s learning” about musical instruments and even to create art pieces “with children controlling the colors and patterns.”

The iPads also are used in another creative way: video, she says.

“The children have ‘face time’ where they can see each other in different classes,” Jones adds. “Videos are also taken of the children, which are revisited with the teachers.”

Bolton says although the technology hasn’t been introduced in her children’s schools, she thinks that kids would respond well to it.

“In the future, I think that inventive teachers could use them well,” she says. “It would really need to be in a classroom setting where the teacher is comfortable with new things and with finding different ways to use this technology for maximum benefit.”

E-readers and tablets aren’t just useful for younger kids. This infusion of technology and education can also help older students, notes a study from Educause Quarterly.

The study, which focused on students at California Lutheran University in introductory English classes, showed that students expanded their vocabularies during the study, learning an average of seven to 10 new words per week – because of the Kindle’s built-in New Oxford American Dictionary.

The batch of students also found it easier to do sustained reading, and enjoyed the ability to highlight, annotate and save notes under “My Clippings” on their Kindles.

According to an Education Week article, these built-in features also may be helpful for children with dyslexia and other disabilities, such as vision impairment. The ability to increase font size and have text read aloud by the device are other features the article highlights as helpful.

Despite the positives, e-readers and tablets could end up becoming a distraction in the classroom – something Bolton says she fears.

Isaac, Bolton’s son, has already been inquiring what the Kindle can do outside of being a digital book. She thinks it’d be difficult for him to read for a length of time without using it for something else.

“With a paper book, it just does one thing,” she says. “In a classroom setting, I can see an iPad or tablet that does other things could have a real place in the classroom – but I don’t know if kids would be using it for reading all the time.”