I Love My Public Library 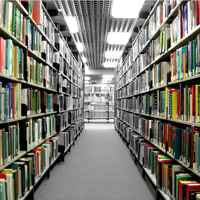 Long ago, when I was desperate for positive entertainment for my toddler, I headed for our local, teeny tiny library in our teeny tiny city of Clawson. I remember the first time we walked there I told 2-year-old Patti that I was going to show her the gazebo that sits behind the building. When we gazed out from library window at the gazebo, Patti was disappointed. "Where’s the ga-zebra, Mommy?"

Well, despite that inauspicious beginning, Patti loved the library. Small as it was, they had free programs for children, toys for my daughter to play with while I looked for books for myself and – let’s face it – the library was a place where she could learn a love of books.

When our family grew with our second daughter, we moved three miles north to Troy, to a bigger house and a city that we knew was one of the go-to communities for families. Troy had great schools and a whole gaggle of municipal buildings to serve our family’s many needs, including a much bigger, grander library. The library had so many programs for kids it took pages and pages in the city’s program guide to describe them all. Not only were there story times with a snack and a craft, there were story times in other languages to give our kids a sense that there’s a bigger world out there. We joined the summer reading program and took out lots of books.

It’s just always been good to know that the library is there. And why shouldn’t it be? Like public schools, shouldn’t public libraries be a guarantee? A right?

But next year in Troy, the unthinkable is going to happen. Come July, our library is scheduled to close – along with our museum and nature center and all kinds of programs. A last-ditch effort in February to pass a millage to pay for all of our city’s wonderful facilities failed miserably. There’s an anti-tax, anti-government sentiment here that turned our wonderful community services into the pawns in a crude political fight. On one side was the city, vowing that because of decreased income (by way of plummeting property taxes) they would have to close all of these facilities without new sources of revenue. On the other side, the valiant anti-tax folks cried that all taxes are bad, and declared that the city was bluffing. After the millage was defeated, the city announced the library, and other facilities, would close as of July 2011. Seven librarians have already been laid off.

Who else is collateral damage? My family and the thousands of Troy families with small children and/or low incomes who need the library at a time when we can’t afford to buy books all the time. The job hunters who use the library’s resources to hunt for work in this terrible economy. The high school and college students who need a quiet place to study to advance their education.

I mean, can you imagine that the 12th-largest city in Michigan may soon be without a library? And because we won’t be part of the cooperative library network, we won’t be welcome to lend from other libraries, either?

I drove through Clawson the other day, and saw that the cute little Clawson Library is under construction. That teeny tiny community passed a millage to nearly double the facility’s size.

I can only hope that our citizens will be as wise in November when we have just one more chance to pass a millage to fund an independent Troy library that won’t be imperiled by future political nonsense.

Then the world might go back to making sense to me.

So, how important is your library to your family?