What is International Baccalaureate?

The rigorous IB education program is rooted in global learning – and more Michigan schools are offering the curriculum. Is it right for your child? 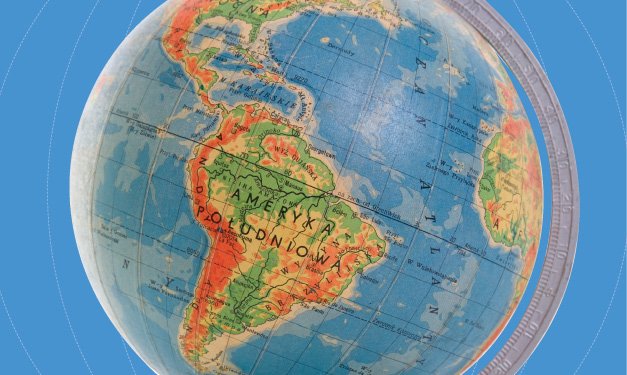 At International Baccalaureate, or IB, schools, a multi-cultural education is the norm. And across southeast Michigan, the program – which offers a curriculum leading to a diploma accepted and respected worldwide – is being incorporated by more schools hoping to give students an edge in competing and succeeding in the emerging global economy.

“The IB grew out of the idea of growing a rich classroom discussion. Imagine the potential where you have students addressing a topic or an issue from their own cultural perspective,” says Bradley Richardson, regional director for International Baccalaureate, North America regions.

“We are encouraging students to become active, lifelong learners who understand that other people, with their differences, can also be right.”

The IB program began in 1968, evolving from the educational needs of foreign diplomats, military personnel who moved from post to post and wanted a consistent education for their children.

The original two-year diploma program is offered to students in grades 11 and 12, allowing graduates to fulfill the educational requirements of various national education systems.

While traditional public schools must uphold only rules of their home state, IB schools must adhere to an international standard. A student in an IB visual arts program, for instance, could conceivably move from Michigan to Sweden and pick up where she left off working toward the same diploma.

IB also has two other programs: the Primary Years Program for elementary students, and the Middle Years Program, offered to those in middle or junior high schools. About 800,000 students are participating in nearly 3,000 schools (see latest IB statistics).

Here in the United States, the IB program has a reputation for offering a rigorous and rewarding curriculum.

IB is recognized as one of the best programs for preparing university-bound students, says Lambert Okma adds, principal of the International Academy in Bloomfield Hills. Why? They’re already are able to research multiple fields and have written college-level papers for a year or two. Students can earn 12-28 college credits before they even graduate.

Administrators say students who opt for IB are often on a fast track to good colleges and up to the challenge – which includes three hours of homework per night and four years of a second language.

“The IB focuses on the development of analytical, critical thinking, problem solving individuals who pursue knowledge as a lifetime undertaking,” Okma says, “and who bring a broad international perspective to their problem-solving situations. Students have first-rate verbal and communication skills, are excellent writers and are fluent in at least two languages.”

Preparing tomorrow’s world thinkers doesn’t come cheap for schools. It costs $14,000 in fees for the two-year authorization period – plus costs for mandatory teacher training workshops. But it’s worth it, Okma says.

Looking for an IB school in southeast Michigan? Below is a list of options. You can also find all the authorized IB schools in Michigan at the International Baccalaureate website (check it out, as the ranks are growing!).