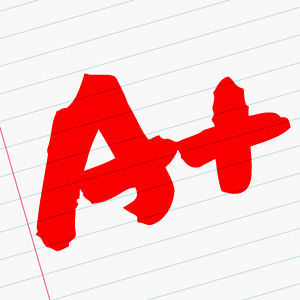 The report card is in, parents. No, not your child's. This time, it's Detroit schools that are being graded.

For the assessment, Excellent Schools Detroit evaluated 126 K-8 schools, including public, private, parochial and charter schools. The evaluation is based on this year's MEAP scores and the schools' year-over-year scores, a release says.

The results of the organization's evaluation found 12 of the top schools are Detroit Public Schools, while seven are charter schools and one is a private school.

Here is a list of the schools making the grade:

Thirkell Elementary, a Detroit Public School, was ranked No. 1.

The eight worst performing schools are:

Nicole de Beaufort, vice president of communications and community engagement for Excellent Schools Detroit, says "parents and students making decisions about where to go to school have more choices than ever in Detroit."

"Excellent Schools Detroit is focused on ensuring the best possible information is available to help make that decision," she says.

But because the evaluation was based on MEAP scores alone, Monique Woodland-Phillips, the principal at Allen Academy, one of the schools on the list of underperformers, told the Detroit Free Press "it's a misrepresentation of who we are."

"It's a disservice to students to only take one data point and make a decision on whether parents should choose this school," Woodland-Phillips told the Free Press.

The organization plans to release an updated list in July, which will look at early learning programs and high schools, too, the release notes. That list will be "a broader review" based on "multiple factors," the Free Press reported.

"Ultimately, we want Detroit children to be in high-quality learning environments," de Beaufort says, "and that starts with knowing which schools are good."