Is your child's school taking measures to ensure kids are safe? Our school security checklist reviews what some metro Detroit and Ann Arbor schools are doing. 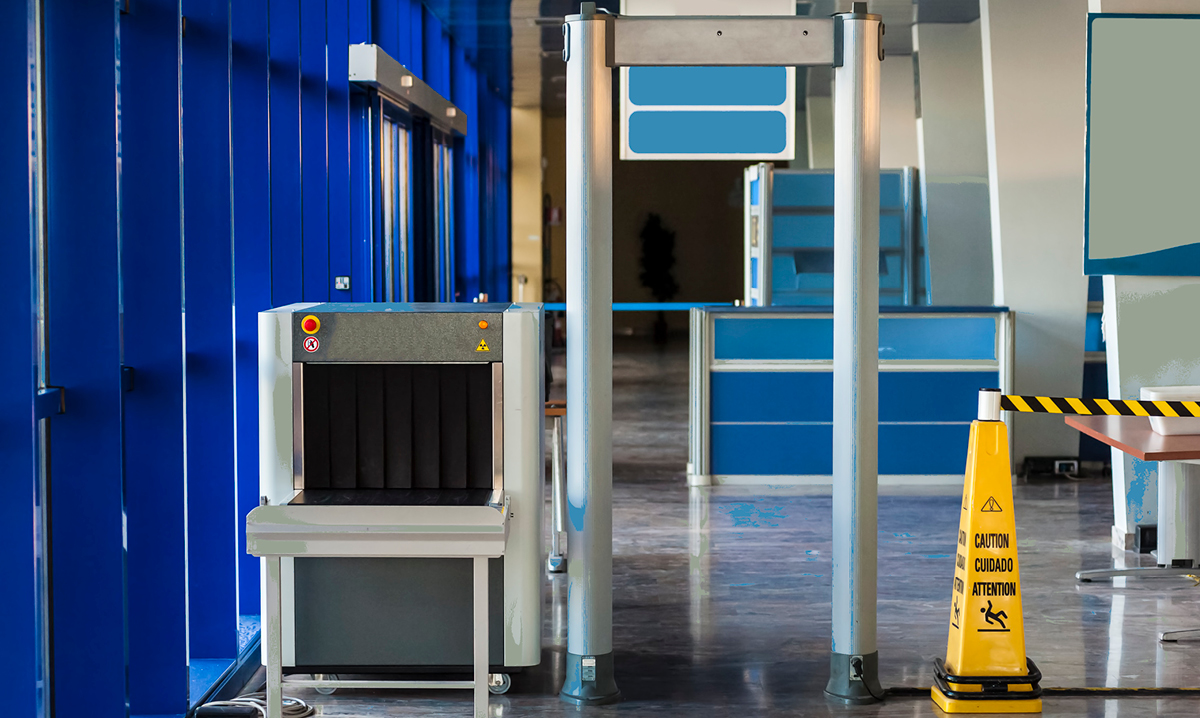 Sending your children off to school is one of the scariest things for a parent – especially when it seems like school shootings and violence are constantly on the news. It’s prompting more schools to tighten up their school security checklist and apply various school security measures to protect students.

There’s also movement happening at Michigan’s state level, which filled a new School Safety Task Force in the summer of 2018. It’s among various plans from the governor that will require all schools to develop “comprehensive school safety plans.”

The state also plans to invest $20 million over the course of the 2018-19 fiscal years to bolster security systems in the state’s school buildings. That’s important, too, as these sorts of improvements can often be costly.

Some local parents have even joined the mission – like Troy dad Tom Nardone, who sells a BulletSafe bulletproof panel for kids’ backpacks.

All that said, how much do you know about the safeguards your child’s southeast Michigan school currently has in place – or perhaps has in the works?

To learn more about some of the top K-12 school safety measures, Metro Parent spoke with Jon Manier, executive director of school services for Farmington Public Schools. He discussed what his district has set in place or is working on bettering to make the school district a safe place.

“When we began our bond work, we met with local law enforcement to develop a plan,” says Manier. “It was supported by them.”

Here is a school security checklist based on measures that Farmington and other districts in metro Detroit and Ann Arbor have taken – and are planning – to ensure students’ safety.

Many schools and child care centers now have a door buzz-in system for parents and staff members. According to its most recent stats, the National Center for Education Statistics notes that 94 percent of public schools control building access, meaning it tops the school security checklist in most districts.

“All of the schools in our district have it,” says Manier. With these systems in place, school entrances are locked. A visitor can only gain entry after pushing the buzzer button and speaking to a receptionist through an intercom system.

Schools may then require a guest to sign in at the main office, too.

Buzz-in systems and card readers are also becoming common for individual classroom doors, notes FBH Architectural Security, located in Flint and Ann Arbor – along with steel door frames and mechanical and electrical locks that work with a key or fob.

Another option is The Boot, by the Lockdown Co. of Fowlerville in Michigan. Only 7/8-inch thick and barely 5 pounds, this floor-mounted steel device blocks forced doorway entry – it can withstand up to 16,000 pounds of pressure, its website notes, and trigger lockdown alerts and 911 calls.

The company also offers a broader SmartBoot System, including a LockOut App and ballistics shield elements for glass.

Durable or obstructed glass for doors and windows in schools has also seen a surge in recent years.

One option, School Guard Glass, founded in the wake of the 2012 Sandy Hook Elementary mass school shooting, touts being a lower-cost “bullet-resistant” option that can withstand hammering or gun blasts for five, 10 or even up to 15 minutes.

Since bullet-proof and resistant glass can still be costly, though, some schools opt to block a possible intruder’s view inside. Products like 3M Safety and Security Window Glass, for example, are more cost-effective. “While it cannot stop intruders from entering,” its site notes, “it does act as a deterrent, providing precious response time by slowing the intruder down.

Fraser Public Schools has taken a similar approach at its high school cafeteria, which has large windows that, as its site notes, left some students feeling unsafe.

“District staff installed security screens that allow students to see outside, but make it hard to see inside the cafeteria,” FPS reported in fall of 2018. “Screens were also installed on the doors and windows” at an entrance.

“Video surveillance is available at all of our secondary schools – all except one, which will be getting it this summer,” says Manier. “Video cameras are at all school entrances. We have hall monitors and school secretaries watching all of the doors.”

Other school districts embracing this technology include Center Line, Roseville, Royal Oak and Troy, notes a ClickOn Detroit report. Cameras dot locations from buildings to parking lots. Local police can even access footage during emergencies in some cases.

If an introducer entered Farmington Public Schools or if a situation escalated, Manier says, staff in the office area could push a silent panic button. This button contacts local law enforcement immediately.

“We thought it was in the best interest of the staff and students to have as quick of a response as we could,” he says. “And that’s what we ended up with.”

App-based options like Rave Mobile Safety – which the Detroit News reports is appearing in more Michigan schools – not only sends key details to the authorities but also quickly spreads the word among staff.

This measure doesn’t tend to appear often on the school security checklist. Only about 4 percent of public schools enforce random metal detector checks, the National Center for Education Statistics reports.

Why? Total Security Solutions, a company also based in Fowlerville, Michigan, says on its website that “the use of metal detectors in schools has been limited mostly to large, urban districts with established records of weapons-related violence.”

In such cities, including certain schools in Detroit, some experts have argued that these high-security measures have made schools “less prone to mass shootings,” 62 CBS Detroit reports.

The TSS website adds that “for the vast majority of public schools,” these devices “may not be the right fit” – in terms of cost, complex logistics and even creating a more “intimidating” environment for students.

That said, many districts are adding a liaison officer or similar security measures at their schools. “All of our high schools have a liaison officer, except for Farmington Central High because of its smaller population of students,” says Manier.

In such cases, these officers provide policing and “a level of security in case of a serious incident,” says Dearborn schools superintendent Glenn M. Maleyko in his blog. “But, more importantly, they are in the schools talking with students and making connections that help them stop tragedy before it occurs.”

“We have emergency plans – every classroom and office has a binder that has extensive emergency response plans,” says Manier. The district’s faculty and staff members are also heavily trained in what to do in certain situations – “anywhere from a school intruder to a chemical spill.”

Manier adds, “We do have drills because there is a state requirement. We certainly meet that requirement and go beyond.”

Ann Arbor Public Schools joins its fellow Washtenaw County in an innovative procedure it calls ALICE. In this approach to lockdowns, says superintendent Jeanice Kerr Swift in a letter to parents, staff lead kids through different scenarios – including “fleeing the school in an organized way,” she writes, “or hiding in a different location in the school or classroom.”

The “ALICE” acronym stands for “Alert” (get the word out), “Lockdown” (lock the doors), “Inform” (good staff communication that “keeps the shooter off balance”), “Counter” (which can involve districting and confusing the introducer) and “Evacuate” – which, critically, reduces the number of targets.

Manier notes his district also is working on implementing an active shooter drill this year. “We just don’t want to scare the little ones,” he says.

Michigan’s OK2SAY program encourages students to come forward and tell someone if they have a bad feeling about a person and/or situation. They can do this either with digital submission or via a tip line. Its tagline is, “Stop the Silence. Help End the Violence.”

“We encourage our students to be engaged with the adults at the school, those that are there to service the kids – besides just the teachers,” says Manier of this key school security checklist item.

“We want the students to use OK2SAY and communicate with us if they are worried about something – since they are the ones who would normally hear something first.”