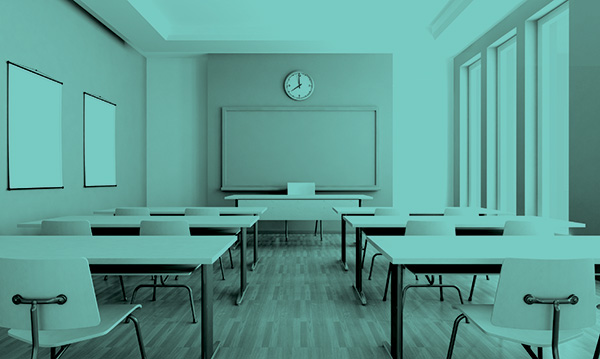 Imagine a stark, unadorned room with white walls and nothing taped to their broad surfaces. There is no artwork hanging from bulletin boards, no colorful rugs, no posters and no science displays set up in the corner. Is this the new face of the kindergarten classroom?

A recent study from Carnegie Mellon University in Pittsburg indicates that the vivid posters, bright embellishments and overly decorated walls of the kindergarten room may negatively impact a student’s ability to focus and learn.

While the study is still underway and the researchers want to explore various facets of their original findings, teachers around southeast Michigan have different reasons for the way they decorate their classrooms – and they all say they find ways to make their kindergarten environment the best for their students.

With flashy posters, colorful banners and a bevy of decorations filling a kindergarten classroom, it’s easy to see how students could lose focus during class time.

In the field of psychology, it’s widely accepted that younger students can get easily distracted by things around them, says Anna Fisher. She’s an associate professor of psychology at Carnegie and lead author of the study, called Visual Environment, Attention Allocation and Learning in Young Children: When Too Much of a Good Thing May Be Bad. Fisher wanted to explore how this topic relates to the classroom environment.

“Education is a very challenging problem. It is a multi-faceted problem with lots of variables contributing to education outcomes. There are lots of things that are difficult to change,” Fisher says, like socioeconomic factors, learning disabilities and a lack of parental involvement in a child’s education. “The classroom environment is something that we can control.”

For the experiment, kindergarten students participated in three science lessons in a controlled laboratory classroom with plain walls and no decorations. Then, for another three lessons, Fisher and her team added visual components to the room. The results? Students were “more distracted by the visual environment, spent more time off task and demonstrated smaller learning gains when the walls were highly decorated than when the decorations were removed.”

Fisher adds, “This is the first step in trying to see how we might study the effects of the classroom on the student.” The study has now moved out of the lab, and researchers working with Fisher are looking at real-life classrooms around the country.

Anatomy of a kindergarten room

Just like every student has different learning needs, different types of schools structure the classroom in a unique way. And most say it’s not overly decorated.

“We keep the environment calm and relaxing, which promotes longer attention spans,” says Debra LaRoche, kindergarten teacher at Mt. Clemens Montessori. “In a Montessori classroom, on the first day, there is nothing on the wall. There aren’t a lot of things on the shelves. There aren’t a lot of choices. It teaches them to share, and it teaches them to learn the classroom process.”

LaRoche explains that founder Maria Montessori believed education is a natural process led by the children. She uses that philosophy when structuring her room.

“Our walls, if we do put anything up, are more nature-based. If we were learning about the letter ‘A’ for example, we would not have a cartoon apple; there would be a picture of a real apple,” LaRoche says. “Or a bus for ‘B’ or a cat for ‘C.'”

In the Montessori classroom, LaRoche says there won’t be things that are typically found in other kindergarten rooms. There are no coloring books, no clay and no cookie cutters. What is there, however, are activities like sewing and napkin rolling, pouring and working with more solid items – things LaRoche says are more solid and natural.

“If you looked at our room, our classroom would probably look bare compared to another school classroom,” LaRoche says.

Nicole Estes is a kindergarten teacher at Keith Elementary School in Walled Lake Consolidated School District. While she could cover the walls in all sorts of décor over the summer, she waits until the kids are back in school in the fall to determine what will line the walls.

“I start out the year with very little on the walls, because I do believe you have to build the classroom with the children,” Estes says. “Kids have no attachment to the posters that I would buy and hang. If I’m going to put it on the wall, it’s something I am going to refer to often. If I’m not going to be using it a lot, it’s not worth putting on the wall.”

She uses bulletin boards to display special projects and a “word wall” for the students’ vocabulary work, but she says she doesn’t want to overdo it.

“I try to limit where I put things on the wall as well. I don’t make it so the walls are all covered in something,” Estes says.

Fisher says an added element to the study comes when considering kids who have existing internal distractions, such as attention deficit disorder and attention deficit hyperactivity disorder. These kids have additional challenges when it comes to focusing within a busy classroom environment, she says.

There also are students who can’t see beyond examples that are given to them to develop their own creativity.

“If I told the students to draw a house, and I drew my house first, their houses would all look like mine,” Estes says. By filling the classroom with examples and ideal images, she says children can’t develop their own concepts.

LaRoche says the Montessori classroom should assist kids with an environment that enables them to develop – and not overwhelm or distract them.

“The students are more focused. When you have so many different choices, it’s difficult to focus on just one,” LaRoche says. “When there aren’t as many choices and not as much stimuli, it just has a more calming effect.”

Another variable to the experiment, Fisher says, was whether or not the children became disinterested in the wall displays after seeing them day after day.

“As a parent, I just step into a classroom. I’m just there for a few minutes every day,” Fisher says of her own life experience with her kindergartener. In the next phase of the study, Fisher notes, the students will be exposed to the visually stimulating environment for longer periods of time.

Julian Petzold, principal of Trinity Lutheran School in Clinton Township and early childhood educator, says teachers were previously told students rarely paid attention to or noticed any teacher bulletin boards or artwork unless the students themselves made it.

“Young children are basically egocentric. That isn’t a bad thing. It is just part of their normal development,” Petzold says. “As I visit classrooms of young students, they often say things like: ‘Look at my picture.’ ‘Do you like my new shoes?’ ‘I have a new puppy.’ They are simply communicating the fact that the meaningful things in their lives are generally focused on something to do with themselves.

“Older students will have much different conversations with me that focus on themselves, other students, the classroom, the school, etc. They have a different perspective as they develop.”

Petzold says he encourages the early elementary teachers to create ways for students to feel like it is their classroom, not the teacher’s classroom, in terms of decorations and teaching aids.

“We promote the students leading calendar time, math meetings, language arts time – and any other area where they can take the lead after adequate modeling,” Petzold says. “Providing meaning to all aspects of your classroom is the key. If it has meaning for the students, they will engage in whatever it is.”

Estes says, as a kindergarten teacher, she feels parents who visit the classroom would like to see more of the students’ work displayed. They would like to come in and be able to see the work their children have created.

“Certain times of the year, I will put more up, and I usually take it down shortly thereafter,” Estes says. Her classroom displays involve bulletin boards with black borders and blue backgrounds – very plain, she says, as not to distract from the work displayed.

LaRoche says in her classroom, there are certain times of the year when the students’ work is displayed more prominently, such as the winter holidays. However, when work is displayed, it still follows the “natural concepts” format the school adheres to.

“We do a program called ’64 Crayons,’ and it’s a wonderful program. It’s about drawing, but drawing natural things, like bulldozers and ballerinas. We often put them out in the hall,” LaRoche says. “We also do a continent of the month, and usually there is an art project that goes along with it. We’ll put those up in our geography area.”

Despite the early findings of the Carnegie study, Fisher says there is still a lot more research to go.

“I’m not saying that we have enough evidence to advocate for any change to the classroom environment,” Fisher says. “However, in the absence of any research, teachers are often left to their own devices.”

With large class sizes and challenges from outside factors, teachers are still expected to produce students who can reach certain benchmarks. While they can’t control many of the distractions that students face, they can control that classroom environment. Fisher says the research she is completing will, hopefully, help teachers assist their students in becoming better learners.