Kids and teens across the country are stuck at home, missing normal sports, friends and hobbies, wondering how to fill the extra time on their hands.

For Nick and Connor Kalkanis, two teenage brothers in Bloomfield Hills, the sudden loss of their normal activities presented a new opportunity: raising money to donate to local organizations that combat food insecurity.

“It really started on Thanksgiving when we saw a news alert that so many people in metro Detroit were lining up in food banks,” Nick, 16, says. “Even on Thanksgiving, we realized food insecurity was such a massive problem in our community.”

Instead of donating to food banks directly, though, they had a novel idea — why not invest their Christmas and birthday money into designing and selling face masks, and donate the profits to charity?

So, the brothers pooled their money and invested roughly $2,500 into the project. They have since been able to raise $15,000 with no sign of slowing sales.

The two brothers are both on the student council at Detroit Country Day, the private school in Beverly Hills, where Nick is a junior and Connor is a freshman. They say the school and teachers were integral in supporting their early efforts with Masks for Meals.

“None of this would be possible without the support of our teachers and student council at Detroit Country Day,” Connor says. “They were so generous in sponsoring our selling in school to make it so that we could sell directly to students and those proceeds have been a huge part of our total amount of money raised.”

They designed the masks and started the website in late December and have since been blown away by the “crazy and huge support.”

“Our initial goal was to keep it simple,” says Connor, 14. “We have two mask designs — one with the Masks for Meals logo and another with the Detroit Country Day school logo, so that spreads our message pretty directly.”

Nick and Connor say working together to design the masks, make the website and ship the packages has been “awesome.”

“We work well together and it’s been really rewarding,” Connor says. “Our combined forces have brought us a long way.”

“It’s cool to work so closely with my brother and I think that it’s a bonding experience and I’m proud of the work we’ve done,” he adds. “I was – I don’t want to say ‘surprised’ — but happy to see that we make such a good team.”

The brothers say they’re also grateful for the initiative because it provided an outlet for them when they were stuck at home during the ongoing COVID-19 pandemic.

While Connor still has access to his main hobby — playing the piano — Nick’s sports season was cut short.

“The pandemic has changed my life in unimaginable ways,” Nick says. “It hit everyone hard — my baseball season got canceled, we’re wearing masks and not being able to spend much time with friends and teachers.”

“That leads into our charity because that is how we both filled our extra time with school and sports being canceled,” he adds. “Even though we knew we would be okay we knew other people wouldn’t be as fortunate or as lucky.”

In addition to helping others, Masks for Meals may also have inspired the brothers to tackle more social issues in the future, too.

“Going through this process has inspired me and we both feel like we can make a difference,” Nick says. “The impact that we’re making is actually significant and it’s going to have a serious impact on the lives of those in need. That has definitely made me think differently about the world.”

Interested in making a purchase or donation? Check out MasksforMeals.net for more information. 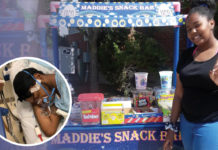 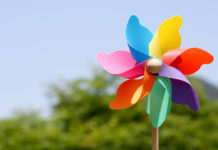 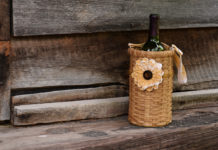