A brother and sister from New Boston found a way to spread happiness during the coronavirus lockdowns through their pinwheel project. 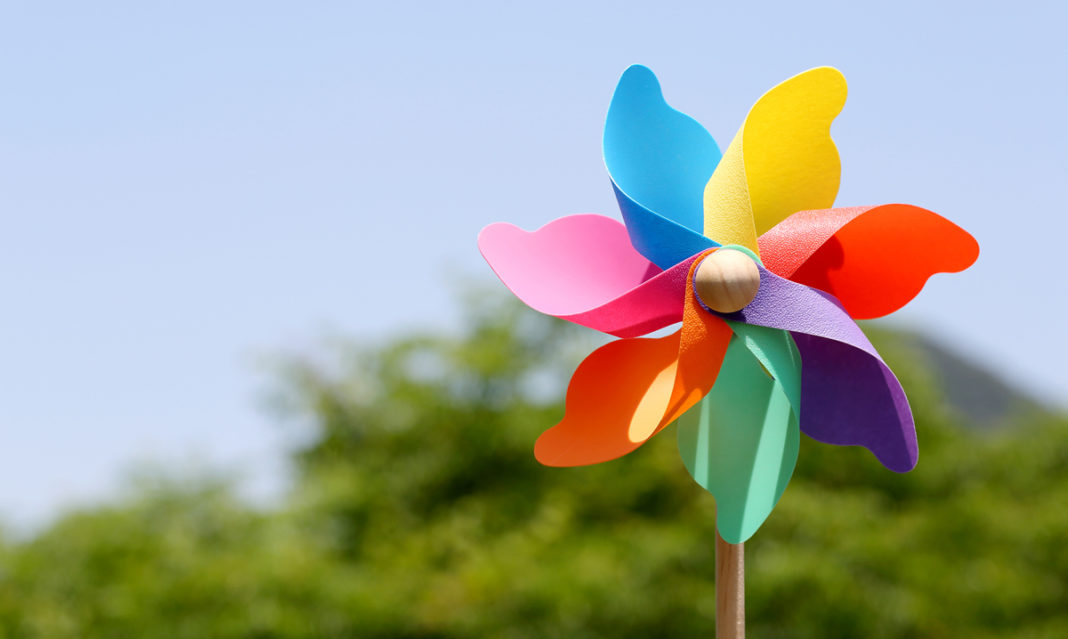 When boredom strikes for two preteen siblings, parents should typically be on the lookout for impending trouble. But for a brother and sister from New Boston, the monotony of staying at home during the coronavirus pandemic sparked an idea to spread cheer.

“One day, we were bored in the house and we were thinking about how other people were bored too, so we decided to do something nice and pass out pinwheels,” says 12-year-old Ryan Marvaso.

So, they went to their nearby dollar store and bought 100 pinwheels to pass out to unsuspecting family and friends. Thus, Project Pinwheel Pandemic was born.

The siblings started by passing out a few pinwheels in their community. They’d attach a note to the back of the pinwheel explaining the project and link it to a Facebook page they created. Then, people who have been “pinned” can message them on Facebook thanking the kids for brightening their day.

“We’ve had a lot of reactions,” says Reese, 9. “We even got a note from Texas. We get random notes from people we don’t even know!”

Their original plan to pass out 100 pinwheels to people they know has now grown to about 1,400. Even strangers from other states have reached out to ask how they can start their own pinwheel project in their areas.

Since the project has grown so much, friends, family and strangers have donated to keep it going, and with the demand so high, the Marvasos have enlisted the help of friends they call “Pinwheel Passers” to help deliver even more of the toys.

The two started the project in late March expecting to finish the project in about a month, but their pinwheel goal keeps going up. After surpassing 1,200, Reese says her new goal is 2,000.

As the demand and their goals grow even larger, Ryan and Reese say the biggest lesson they’ve learned through the project is just how much of an impact something seemingly simple can have.

Mom Jill Marvaso, who works as an elementary school principal, says watching the kids interact during the hours they’ve logged delivering the pinwheels has been one of the best outcomes of the project.

Reese says the project has brought her and her brother closer.

“All he does is play video games and I’m outside so normally I’m not with him except on the zipline or trampoline,” she says. “The stories in the car crack us up — but we still fight though!”

When Reese and Ryan aren’t delivering thousands of pinwheels, they like to watch Marvel movies or go swimming in their backyard. Reese has been practicing her softball skills with a pitching machine during the stay-at-home order, and Ryan has been making progress on some video games.

While the two are still enjoying passing out the pinwheels, they say they look forward to things returning to normal.

“I’m surprised to say it, but (the thing I miss most is) school, really,” Ryan says. “I miss my friends…before the Coronavirus I hated school, but now I have so much time off I miss it.”