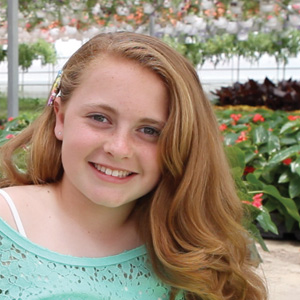 Call her Sporty Spice 2.0 – just don’t expect her to know exactly who that is (she’s too young to remember the Spice Girls!). Meet 12-year-old Madison from Macomb Township. She’s the Metro Parent 2013 CoverKids grand prize winner – and the aspiring soccer star and model graces the cover of our June 2013 Metro Parent issue.

That’s just one of the many prizes she received as the 2013 top contestant. In addition to being our June CoverKid, Madison was featured in a print campaign and is starring in a TV commercial for the Michigan Education Savings Plan, or MESP. Plus, she’s receiving $1,529 in a college savings account.

Thanks to MESP, the CoverKids 2013 contest was free and entries were submitted online only. More than 2,000 images arrived in just two months. Photos had to be high quality, non-professional and taken within three months of the submission; no makeup or costumes. Images had to showcase a child’s charisma and natural good looks – which Madison has plenty of! Also, kids had to be ages 2-12 at the time of entry.

Three hundred finalists were chosen and, on June 2, 2013, these kids are attending a special audition where three photographers – Glenn Corcoran of The Photo Center, Shawn Lee of Shawn Lee Studios and Kristen Hines of Anima Dolce – pick six additional winners and 10 runners-up.

Runners-up compete to be the 2013 Readers Choice winner. Voting takes place at MetroParent.com beginning Aug. 1, 2013, and all winners are announced in the September 2013 issue.