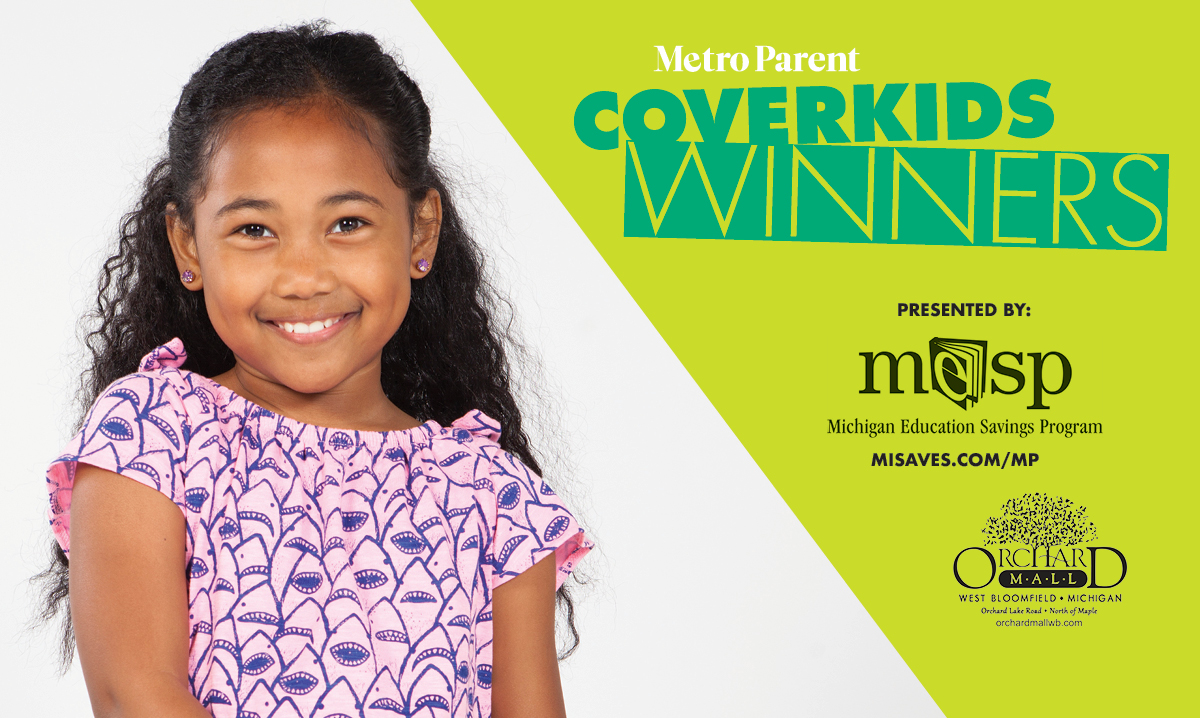 Carmen Isabella Johnson Balancio knew she was a winner before she even received Metro Parent’s CoverKids Grand Prize.

“When I took her to the audition, she told me she was going to win,” says her grandmother, Mattie Johnson. The two were together when Carmen got the news. “I was screaming. I was so amazed,” Carmen says.

Carmen’s confidence and “infectious” personality paid off. As the grand prize winner, she’s also the recipient of $2,529 from the Michigan Education Savings Program to use toward her future college tuition.

Her family has always known she’s special. “She is just as beautiful on the inside as she is on the outside,” Johnson says. “It’s like everywhere she goes, people notice her.”

Who else won? Click here to meet all 10 CoverKids, including the Readers Choice champ. Look for them on future covers.