Many changes occur for dads when they first step into fatherhood. Here are some ways they interact with newborns emotionally and physically. 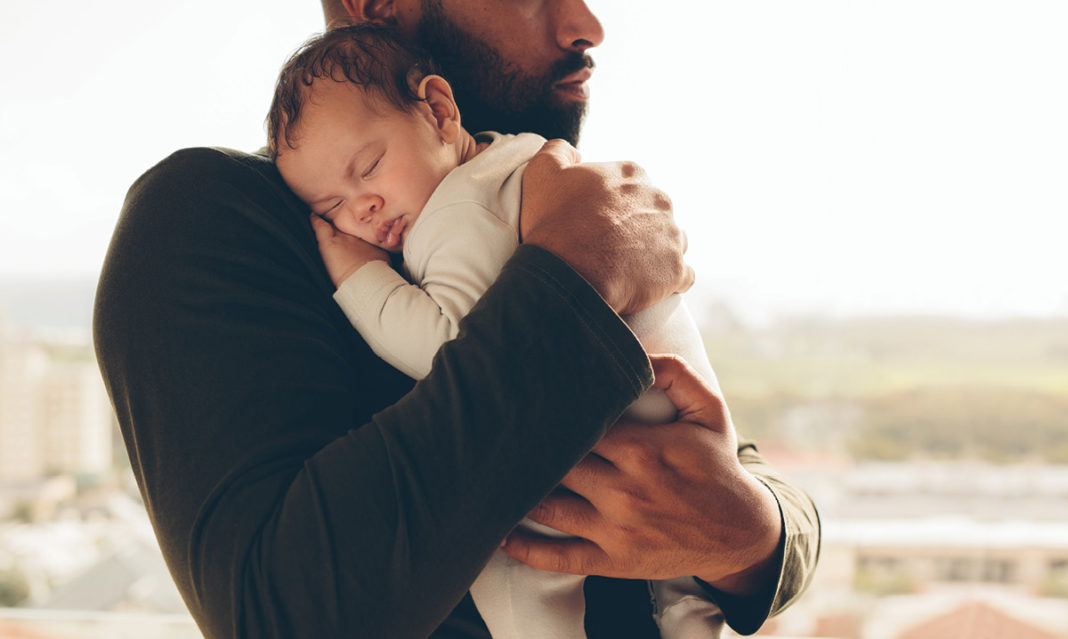 We’ve heard plenty about morning sickness, the baby blues and the instant bond connection between mothers and babies since the beginning of time.

But what about the dads? It’s only been in recently decades that the purpose of a father – beyond providing the paycheck – really blossomed.

They aren’t simply stuck with “dad bods,” turns out, many changes occur for the fathers emotionally, psychologically and yes, even physically.

It’s obvious that times have changed for dads with how they interact with newborns.

You rarely see David Beckham without his brood (and his kids’ names are tattooed on his back); Usher describes his emotions surrounding the birth of his child as the “realest tear I ever cried;” and John Legend says that having kids put life in context for him.

You don’t have to be a famous dad to be a devoted dad, however.

About 57 percent of fathers say that parenting is extremely important to their identity – compared with 58 percent of mothers who say the same, according to the Pew Research Center.

And it’s rewarding for both: 54 percent of fathers say that parenting is rewarding all the time, compared with 52 percent of the moms, the study found.

When Michael Bottigliero, of Grosse Pointe, learned his wife was pregnant, he was thrilled. Bottigliero, the founder and lead sommelier for Bottles Nation, was 37 and had been married for two years so he thought he was completely ready to be a dad . . . that is, until he learned he would be one.

“I hadn’t lived with a woman prior to living with (my wife) and making that adjustment while working 40 to 60 hours a week was not easy, let alone living with a pregnant wife,” Bottigliero says.

He confesses it wasn’t easy to work so hard while trying to live in the moment, go to all the exams, Lamaze and midwife classes. And while he understood that life was harder on a soon-to-be first-time mother, he was a little stressed.

So was Travis Reeder, of Livonia.

Reeder is now a dad to a 1-year-old daughter, and he strongly believes that while the mothers carry the load (literally), fathers should get involved pre-birth.

“Go to your partner’s doctor visits when possible, work as a team on the nursery and in selecting toys and books for the baby, attend birthing class with your partner and read up on what your partner is going through during pregnancy as well as what she’ll go through during labor,” Reeder says. “It’s important to remember that parenting begins before your baby is born.”

Bottigliero tried to support his wife by making her lunch, giving her massages and drawing her a bath. He also sang to the baby in utero to try to help himself bond with his child.

When it comes to the delivery, fathers definitely have a place.

Reeder says the two most important roles in the delivery room are as patient advocate and as the main point of support.

It’s dad’s responsibility to work with the labor and delivery team to be his partner’s voice and to make her as comfortable as possible, he says.

“You should know your partner’s birthing plan and be prepared to take the lead in executing it,” he says.

Taking on a major role as helper will amplify your bond with the baby before he’s born.

“I have to admit, I did not have much feeling as a first-time father: I did not have the attachment,” Bottigliero says. “But when I held little Lily and had her sleep on me, helped feed her and did lots of pleasant activities, I fell in total love instantly.”

Understanding your baby’s needs and unique personality comes by spending time with your baby, Reeder says. He suggests taking paternity leave if it’s offered. While nine out of 10 fathers in the United States take some time off after the birth or adoption of a child, that time is limited to 10 days or less for 70 percent of the men, according to the U.S. Department of Labor. But longer paternity leave is linked with increased bonding and engagement with the baby, studies find.

Bonding for new dads is very different than it is for new moms, especially if the mother is breastfeeding, he says.

But dads can still help.

“Change diapers, participate in feedings, put the baby down for naps and bedtime, play, read stories and snuggle,” Reeder says. “All these things help you learn your new baby as well as how you want to parent.”

Part of it is biology, however.

The first physical change in men is their testosterone levels, which typically drop when they become parents (no joke). A study following men in the Philippines found that men who become dads experience a 34 percent testosterone drop on average within their first five years of becoming dads.

This isn’t a bad thing: the study’s researchers said that the larger the drop, the more the man’s urge was to take on a caregiving role. And other studies found that when a man’s testosterone levels are low, he’s more likely to release oxytocin and dopamine when he plays with his child. Translation: when he interacts with his child, he receives dopamine hits that lower his testosterone levels.

His testosterone levels aren’t the only physical change experienced.

Another study by a researcher at the University of Denver found that men’s brains change when their babies are born in a similar fashion to the way that women’s brains change. The area linked with empathy, attachment and all that stuff needed to take care of a newborn blossoms, and there’s more of it by the time the baby is about 3 months old than there had been when the baby was born.

Playing is important, but as they get bigger, Gary Lindsey, a father of two in Hartland, says it’s important to teach your children.

Today, fathers spend an average of eight hours a week taking care of their children, which is triple the amount of time that dads spent with their children in 1965, according to Pew. Mothers, by comparison, spend 14 hours per week on childcare.

Lindsey’s kids are now 24 and 29, and he said that his best advice for new fathers is to teach your children how to do things – and why.

“Do not do everything for them: you’re not teaching them that way,” Lindsey says. “Give them chores and responsibilities because they need to learn not to sit on their butts and do nothing.”

It’s not all about discipline, however. Lindsey says his favorite thing about being a father is watching his children grow up into good, responsible adults.

And the most important part?

“Have fun with it,” Reeder says.

Have a shot-wary kid? Here’s how to prepare them for the COVID-19 vaccine.
Read more
Things to Do

'Even in our darkest moments, there’s light where you least expect it.'
Read more
Advice

Whether your family loves shows, exhibits and laser tag or skiing, hiking and looking at ice sculptures outdoors, kick off 2022 with some these ideas for winter fun from January to March.
Read more