Throwing a Baby Sprinkle vs. Baby Shower for a Mom-to-Be

From the number of guests to the number of the baby and even types of gifts, there are a few factors to consider in the baby sprinkle vs. baby shower choice. 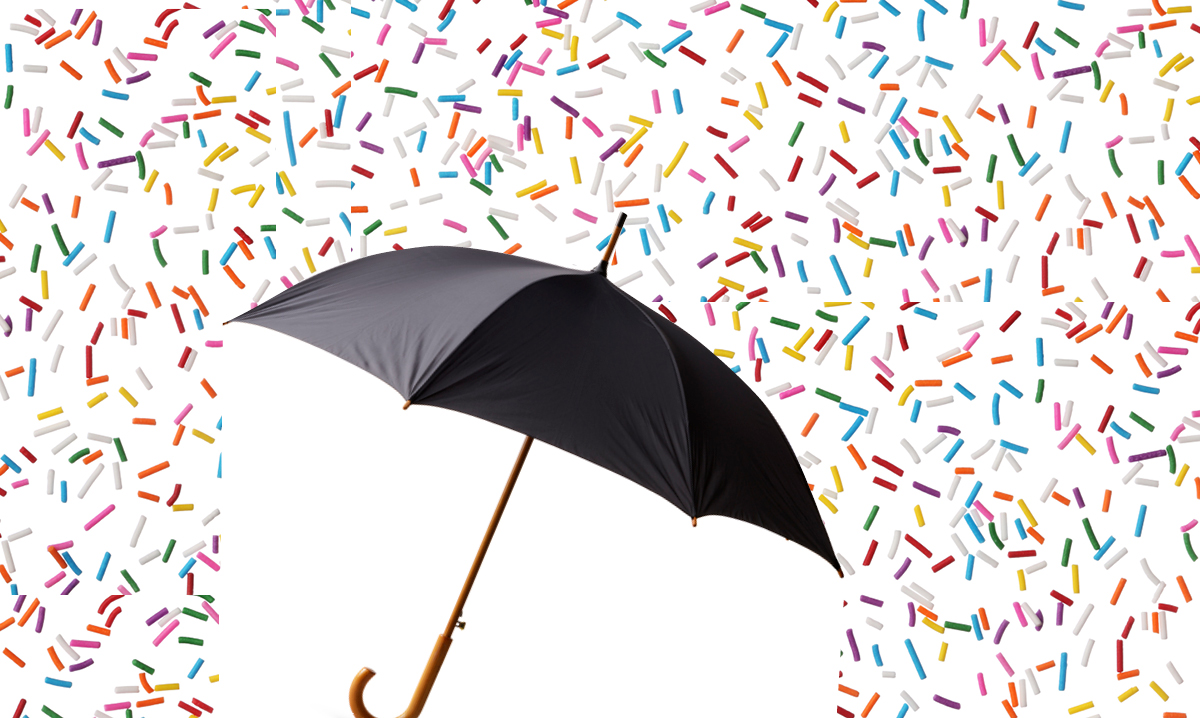 When you’re preparing for baby, there’s a lot to consider. A celebration with family and friends is definitely on that list. And, for an increasing number of parents-to-be, this includes the question of baby sprinkle vs. baby shower.

That’s right – there’s another option to add to the mix of diaper parties, welcome or meet the baby gatherings, gender reveal parties and even the baby shower second hand gift trend. And, for some parents-to-be, a lower-key sprinkle strikes the right balance.

Meanwhile, a traditional shower is a great way for moms and dads to score some serious swag for their little one – including a stroller, a crib, a car seat, a high chair and other essential things a newborn baby needs in those first couple of years.

So, baby sprinkle vs. baby shower – which is right for you? Read on for insight from expert metro Detroit pros to help make your decision.

“Everything that you possibly could need for a baby is at a baby shower,” says Dalia Atisha, an event planner and designer with The Event Planner in Royal Oak and Bloomfield.

While the party for baby No. 1 is typically grand, though, the arrival of subsequent babies isn’t met with the same celebration. In fact, in my family, there isn’t a special party for second, third and fourth babies. We host one big event and that’s it. But that’s not the case for a lot of expectant moms. In fact, today more ladies are having baby sprinkles to commemorate the birth of babies No. 2, 3 and so on.

“I think it’s fun,” says Shaneia Caldwell, the creative director of My Party Queen in Farmington Hills. “I think you should have some kind of celebration.”

Sprinkles are also a great way to prepare for a baby of a different gender from your first, or if there’s a large gap in their ages, Atisha says.

Pregnancy number and gender differences aside, there are a few other key differences between these two party types, Atisha and Caldwell explain.

Prior to the baby shower, parents-to-be create a registry of all the things they need and want for their little one. Since it is costly to purchase all that stuff on their own, parents register for anything from a first-aid kit to a furniture set – and the shower is the way to receive all of it.

But when it comes to a sprinkle, Atisha says parents don’t typically create a registry. Moms-to-be might get smaller items like onesies and blankets, but most of those big-ticket items aren’t given during this celebration.

For some moms, though, “their main focus is diapers,” Caldwell says, in that “diaper party” spirit. “I wouldn’t be surprised if they bring an outfit or two in there,” too.

Gift cards and money are also given at both a shower and a sprinkle.

While a baby shower is all about the baby and what he or she needs, the baby sprinkle is more about mom, with less focus on feathering the nest.

“The biggest thing is kind of celebrating the mom,” Caldwell says. Atisha agrees, noting, “It’s an excuse to get together.”

“I can tell you sprinkles are much smaller than a baby shower,” Atisha says.

Baby showers, Caldwell adds, can be as big as a wedding with some 200 attendees, while a sprinkle celebration has about 40 guests – sometimes less.

Guests might include close family and a few friends at a sprinkle, while a shower could include extended family, friends and coworkers.

When it comes to the venue, because sprinkles have a more low-key vibe, they are typically thrown at home, as a backyard barbecue or at a local restaurant.

Shower venues vary depending on the finances of the people hosting the party. According to Parenting.com, etiquette-wise, showers “should be” given by a non-family member.

“The showers can range from the lower end of just doing a VFW hall or it can be something like a banquet hall,” Caldwell says.

Since baby is the focus of the shower, themes can be as simple as pink or blue, a complement to the baby’s room décor or perhaps something specific like sports, Atisha adds.

In her years working in events, Caldwell says she’s seen a lot of cool themes for baby showers. “We’ve had someone come to us for like a Grinch baby shower around Christmastime. It was different,” she says.

There are tons of cool themes for baby showers. See this list from PopSugar for some ideas for a baby shower. And for those chill vibes of a sprinkle, check out this list of DIY sprinkle ideas.