What’s the Deal with Gas During Pregnancy

A little flatulence comes with the turf. Here's why it happens and how to deal. 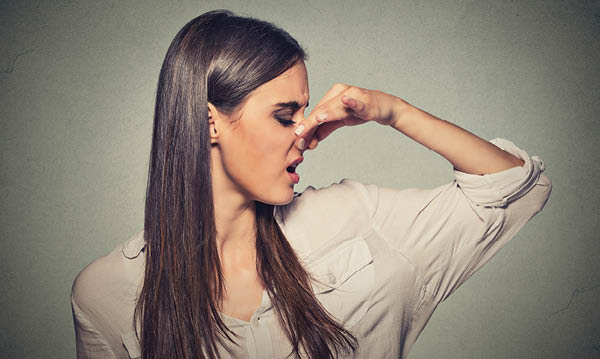 Pregnancy brings about a lot of changes to a woman’s body. Some pregnant women complain about stretch marks, others gush over thick, luscious hair – but few talk about some of the strange occurrences. Namely? Increased gas.

Bloating, belching and flatulence during pregnancy are just as common as swollen feet and Braxton Hicks contractions. Many women find these symptoms start early and last until the end. Nicole Budrys, medical director at the Henry Ford Center for Reproductive Medicine in Dearborn, says it’s due to hormones.

“Gas is a common complaint from women during pregnancy. There are two reasons,” she says. “First, there is an elevation of progesterone that causes muscles to relax. This also causes your bowels to relax and slows the motility of the digestive system as well, leading to more gas. Also, as the uterus grows and begins pushing up, there is less room, which can also make women feel more bloated and gassy.”

Women going through fertility treatments often experience more gas and bloating before pregnancy, Budrys adds, as a result of the hormones used to help them become pregnant.

The increased progesterone can also impact other areas of the digestive tract and cause other unwanted symptoms. “There is a flap that separates the stomach from the esophagus, keeping the stomach acid from coming back up. In pregnancy, the progesterone causes that muscle to relax as well, and it doesn’t close as often – leading to heartburn.”