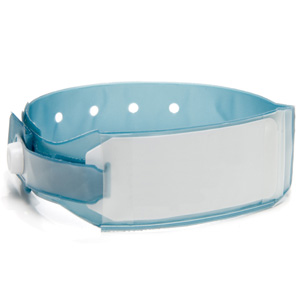 A baby's name will be with him or her forever. Parents have to pick one that's appropriate for a child – as well as an adult. The choices are infinite, and there are a countless number of books and websites dedicated to naming children. But in the search for something different or nontraditional, some parents are looking for names in new places.

On Monday, the U.S. Social Security Administration released the top baby names for 2011. Sophia was the most popular girls' name of 2011, while Jacob continued its reign as the top boys' name – for the 13th consecutive year. Isabella moved down to the No. 2 spot after being first for two years, with Emma in third, Olivia taking fourth place and Ava finishing fifth. As for boys: Mason took second, William was the third-place seat, Jayden fourth and Noah wound up fifth.

Sophia is only the 10th girls' name to have reached the No. 1 spot since the U.S. started keeping tabs in 1880. The other names that held that title? Mary, Linda, Lisa, Jennifer, Jessica, Ashley, Emily, Emma and Isabella. Including Jacob, six boys' names have held the No. 1 spot – the others being John, Robert, James, Michael and David.

For years, parents have turned to the Bible for baby names. And, while some of the top monikers for 2011 are biblical (Jacob, Noah and Daniel are all in the top 10), the names of celebrities and their children are now a big influence, too. Harper, the daughter of former Spice Girl Victoria Beckham and her soccer star husband David Beckham, rose from the 118th spot all the way to 54th in one year.

"It's like in England after Harry was born, and how many Harrys there were," said Dr. Marlene Roth, a pediatrician at Beaumont Hospital in Royal Oak. "Everybody was talking about how when Princess Diana named her son, Harry, how that name just took off."

Even the stars of reality television influenced parents in 2011. The name Mason – which reality star Kourtney Kardashian chose for her son – shot up from the 34th spot when he was born in 2009 to No. 2 in 2011. And Briella, star of the Style Network reality show Jerseylicious, climbed 394 spots in 2011.

"We see that a lot," Roth said about parents choosing celebrity names for their babies, "I was wondering if we were going to see 'Whitney' because of Whitney Houston."

The question "Why?" comes to mind when people name their children after reality TV stars.

"I think it's a connection they feel with them," Roth said. "Or that they somehow want to be connected."