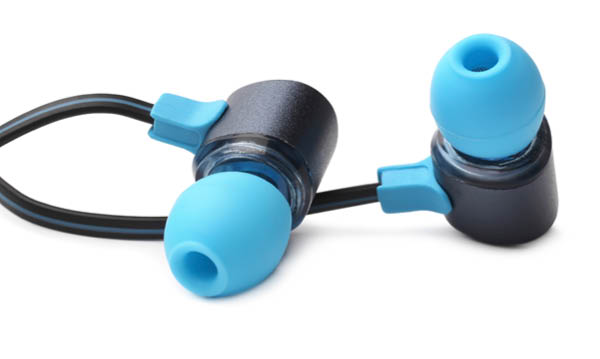 When expecting her son Remy, Anna Browarski of Royal Oak received many thoughtful and creative gifts during the bridal shower friends threw for her – perhaps none more entertaining, though, than the labor-and-delivery mix (see here for a labor-and-delivery playlist sample) some of her co-workers created and burned to CD.

The L&D playlist included classics such as Salt-N-Pepa’s “Push It,” John Mellencamp’s “Hurts So Good,” The Ramones’ “I Wanna be Sedated,” Paul Anka’s “(You’re) Having My Baby” and Diana Ross’ “I’m Coming Out.”

“It was awesome,” Browarski says.

Unfortunately – or fortunately – Browarski was unable to truly put the playlist to use as she pushed for a mere 30 seconds before her little guy made his worldly debut. (Lucky mom!)

Creating a playlist of songs to deliver by is fast becoming a popular part of many expectant parents’ birth plans, and it’s widely accepted in most hospitals for parents to play their music without headphones.

Melissa Paul, RN, is a labor and delivery nurse at Beaumont Health System’s Royal Oak hospital campus and a childbirth educator who helps expectant moms and dads prepare for the big day.

“We have docking stations in every room,” she says. “I always say create two playlists: one with soothing music and one with your workout songs. Rhythm helps with breathing, and music sets the ambiance for the entire room.”

Teresa Kavanaugh of Washington Township says she and her husband rocked out to the Dave Matthews Band and the ’90s Pandora stations during the labor and delivery of her first child.

“My doctor kept commenting on some of the ’90s songs he loved, and that made it a bit less stressful,” Kavanaugh says. “I plan on doing the same for my second due in August.”

Blaise Lowe of Ferndale made Katy Perry’s “Roar” her official labor anthem.
“I still can’t hear that song without thinking of that day,” she says. “I think I ruined that song for all my friends. … Ha!”

Molly Magnotte of Warren is a mom of four children under age 6. The Michael Jackson Pandora station was her labor and delivery go-to.

“My doctors were getting down,” she laughs. “MJ all the way.”

Lindsie McDougal of Port Huron opted for a more relaxed sound for her labor and delivery experience, streaming the sounds of Jack Johnson on Pandora.

“It was the perfect amount of fun and soothing when I wanted something more relaxing,” she says.

Kate Larkin is a clinical nurse specialist in obstetrics with Generations OB-GYN in Birmingham. Having worked for many years in labor and delivery, she suggests patients find not only fun but also soothing music that supports their relaxation efforts.

“I find that calming, soothing music tends to facilitate calmness in the entire situation,” she says.

For Ashleigh Apostolovski and her husband, that was also a specific Pandora channel.

“We’re weird, but we just put the Michael Bublé station on,” she says of the background music for the labor and delivery of her first child. She plans to do the same with baby No. 2 on the way.