Paid paternity leave improves moms' health postpartum, according to a new study. Here's what it found, plus three essential things dads can do to help. 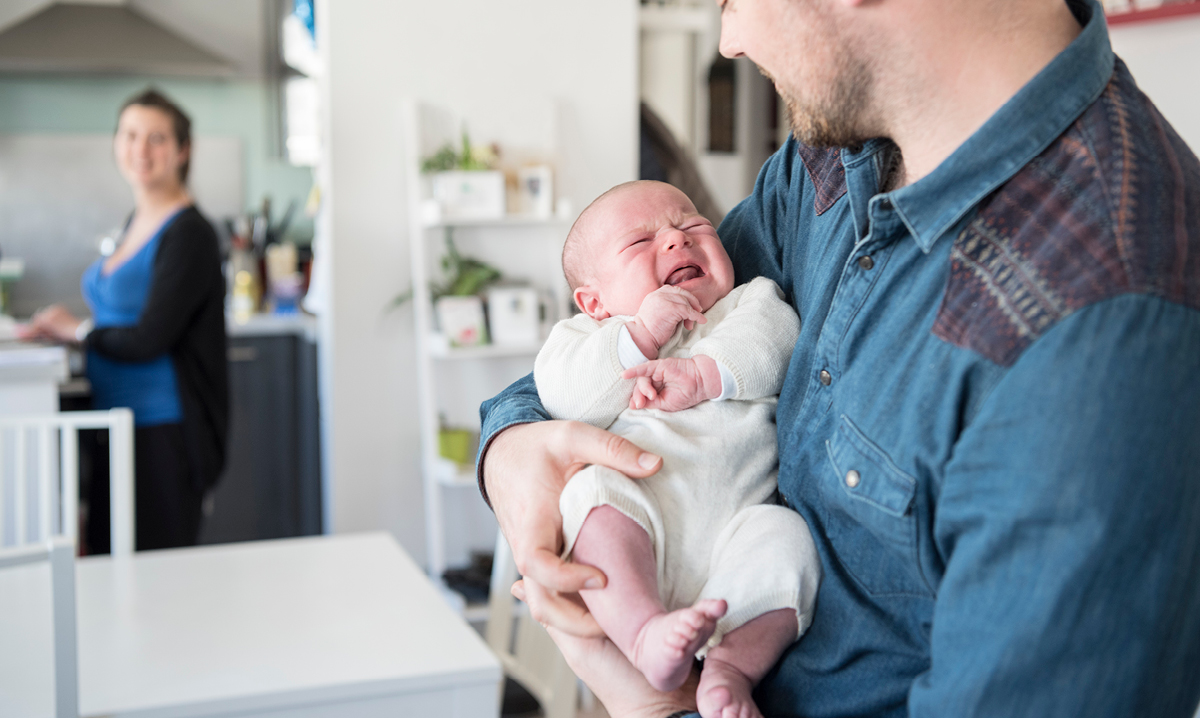 It takes two to make a thing go right – especially when it comes to a new mom’s health after having a baby.

A new Swedish survey found that a key component to keeping new mothers healthy is having their partner around, The New York Times reports. When the other parent has paid time off, the mother can receive extra support during that critical postpartum period.

Stanford economists and researchers Maya Rossin-Slater and Petra Persson came to this conclusion after studying the effects of a 2012 Swedish law that lets fathers take up to 30 days off in the first year after a baby’s birth.

The effect, the researchers found, was great: Anti-anxiety prescriptions went down 26 percent among moms in the first six months postpartum compared to those who gave birth before the law was in effect.

New moms who had babies after the policy was in place also had 14 percent fewer hospitalizations and specialist visits and an 11 percent lower chance of being prescribed an antibiotic, the New York Times reports.

“A lot of focus has been on what we can do in the hospital immediately following childbirth, but less on mothers’ home environment, which is where the vast majority of women spend most of their postpartum time,” Rossin-Slater says in the report. “What we’re saying is one important component of that home environment is the presence of the father or another adult caretaker.”

What dads can do

Without paid paternity leave, of course, taking time off isn’t always possible for fathers – which is the case for many dads in the U.S. But it doesn’t mean new fathers can’t get involved and ultimately give moms some of that same benefit.

Consider these three ways for fathers to stay connected during those early postpartum days even if they can’t swing the time off work.

Not only is one-on-one cuddling and bonding time great for new dads and babies, but it also gives postpartum mothers a chance to rest and recuperate. Find tips here for bonding with baby.

2. Get involved in nighttime parenting

Sleep deprivation with a newborn is too much for a new mom or dad to take on alone, even though not everyone agrees whether dads should get up with baby at night. Whether it’s formula feeding or diaper-changing, dads can play a role in nighttime parenting.

3. Be on the lookout