Teething Trials and Babies: Tips on How to Soothe Sore Gums

The entire process can take a couple years. Along the way, painful flare-ups are no picnic for infants. Here's how to soothe sore gums in your baby. 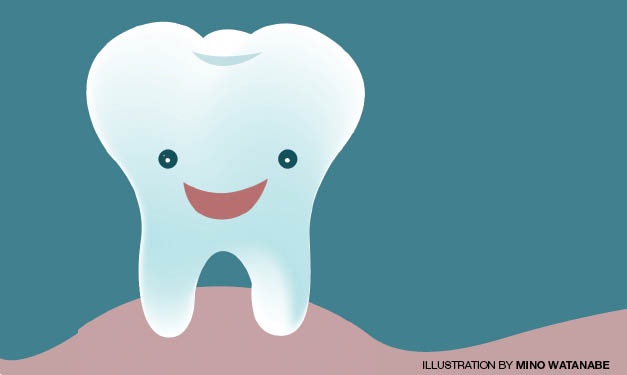 Teething can begin when an infant is only a few months old. “Children get 20 teeth in the first two years or so,” says Dr. Steven Antone of Northeast Pediatric Associates in Rochester Hills. And all those burgeoning teeth can cause discomfort for your baby – and the need to soothe sore gums.

But what can you do for two-plus years if Orajel and teething tabs just aren’t cutting it?

Chew this, not that

Discover the top 10 signs that your baby is teething.

“A pacifier or wet cold washcloth are very useful to help babies who need to chew,” Antone says. Parents can buy teething rings, rattles, blankies and more, but “make sure that the material is durable enough and doesn’t have the possibility of small parts that a baby or young child could choke on,” he advises.

If your little one has sore gums, why not massage them? Just make sure you wash your hands thoroughly and work gently. Antone cautions parents not to massage too aggressively, stop if the child is uncomfortable or if you notice any bleeding or bruising.

Another tip is to rub baby’s gums using a soft fingertip toothbrush and a dab of gum cleanser. Antone recommends cleaning the teeth twice a day as soon as they erupt. You can often find the brush and cleanser packaged together at many grocery stores and pharmacies.

When should you give your child medicine? “If the discomfort seems excessive, a dose of acetaminophen or ibuprofen in appropriate doses at the right age is also permitted. Usually the symptoms of teething are worse at night, so the only time you usually need a medicine is before bedtime,” Antone says. He also says “ibuprofen should not be given to children under 6 months, and should be taken with food, breast milk or formula.”

Parents should consult a doctor to determine the correct dosage before giving pain relievers or if their child is taking other medications.

You can try topical or homeopathic treatments, but be sure you know what’s in them. Clove oil, which is sometimes touted as a teething treatment, is not recommended, Antone says. The National Institutes of Health notes, “clove oil is unsafe to take by mouth. It can cause severe side effects such as seizures, liver damage and fluid imbalances.” There is also no evidence that it’s effective for toothaches according to the Food and Drug Administration.

Products such as Orajel, which contain benzocaine, have been shown to cause a rare blood disorder in susceptible children, so its use is also discouraged, the FDA notes. Many commonly used teething tablets contain a known toxin called belladonna, too, which can be harmful in large doses – so their use is discouraged, too.

When it comes to teething, some kids fuss, cut a tooth and they’re fine. Others may drool, chew and complain for months before anything happens. “When they were under a year old, my kids nursed extra during the night,” says Rohlfing. Sometimes a teething baby may cry to be held more or need soothing.

Rohlfing says, “Just to remember to have extra compassion when a child is teething. It’s not easy and we don’t know what they are feeling.”

Be a patient parent. Give your baby lots to chew, plenty of TLC and you’ll help them through the toughest teething troubles.