6 Ways to Stick to Your ‘No’ As a Parent

Don't let the begging get to you; follow these tips to help you stand firm in your decisions and stick to your 'no' as a parent. 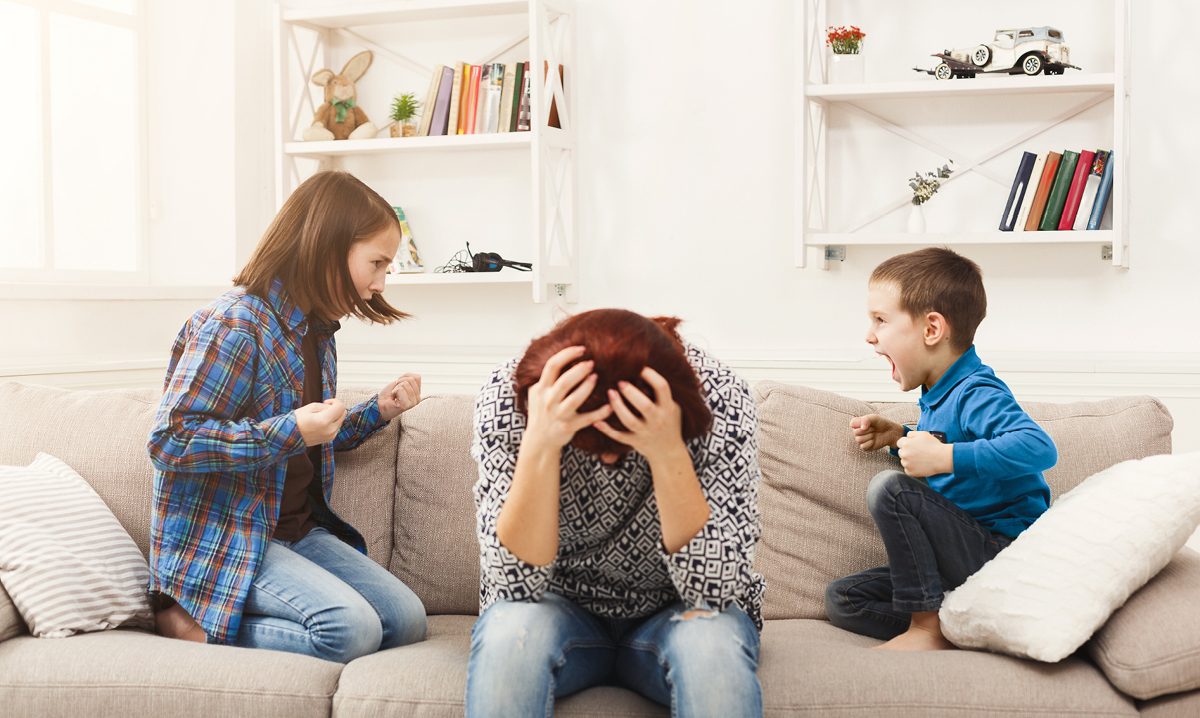 Don’t feel ashamed; we’ve all been there. Whether it’s a candy bar at your kid’s eye-level in the checkout line, a pit stop for a slushie or a slumber party you just don’t want to host, there are times as parents when we can’t help but just give in and agree to our kids’ requests despite initially telling them “no.”

For some moms and dads, a few minutes of pouting could be all it takes. Others stand strong until an epic meltdown hits or the simple need for a break from the begging finally become too much to bear.

Despite our best intentions, it’s a known fact that the parental “no” doesn’t always mean “no.”

Unfortunately, giving in after bad behavior only reinforces the behaviors, explains Jason Rockwell, a board certified behavior analyst and director of behavior consultant mentorship with Total Spectrum Care, which provides ABA therapy services to children with autism in Michigan.

“The fancy term for it is we’re making the kids more resistant to extinction,” says Rockwell, who sometimes uses the example of a clip from the show Family Guy where baby Stewie says “mommy” repeatedly for several minutes straight before his mom finally responds “what?”

“The takeaway is I need to be persistent in the future in order to get what I want. It didn’t work when I just asked once for mom’s attention – I had to ask 30 times,” he explains. “Whatever resulted in what they wanted – specifically the last few behaviors they engaged in – that’s going to be the thing that’s strengthened.”

So how can you step up your game for the sake of your kids and your sanity? Consider these six tips.

Pause for a moment before you offer a snap “no” decision you might regret. If there’s any chance you’ll eventually agree, it’s better to avoid turning back on your “no” and reinforcing the complaining or whining that might have led you to agree.

“If you’re going to give in, which isn’t a default strategy but if you have to, it’s better to give in earlier rather than reinforce this whole long string of behaviors or tantrum or whatever it might be,” Rockwell points out.

2. Set expectations ahead of time

Set yourself up for success by setting some basic ground rules and sticking with them. “We don’t buy candy in the checkout line,” for example. And before you leave for an outing with your child, let him know the expectations.

Keep expectations the same as much as possible across different visits to the store, park or elsewhere. So when your kids think about begging for something and you tell them “no,” then “they’ll know in the past it hasn’t been reinforced.”

But don’t be too hard on yourself if you give in sometimes, though.

“You’ve gotta look at shaping the kid’s behavior over time. Sometimes the situation is so extreme that you have to give in, but don’t throw in the towel,” Rockwell says. “Go back and the next time try and be more consistent.”

Behavior analysts often encourage parents to ignore negative behaviors until they eventually disappear. So if your kid is whining for a toy endlessly even after you said “no?” Keep on shopping without bringing attention to the behavior.

If needed, a time out could be used – for example, leaving the store or park momentarily until the child calms down and can demonstrate appropriate behaviors. When that happens, be sure to reinforce and praise the positive behavior.

Redirection is your friend, especially with younger kids. You may not be able to agree to a trip to the park, but maybe you can say “yes” to 15 minutes playing in the backyard instead.

“If they want a candy bar and the parents decided they’re not going to give them the candy bar, is there something else (they can offer)?” he says. “They might not be able to get access to what they actually want but offering an alternative is a good solution.”

6. Forget what everyone thinks

These willpower-testing moments always seem to happen in public, don’t they? But don’t change your parenting approach because you feel you’re being watched or judged.

“We all get judged over the course of the day. It doesn’t mean I’m a horrible parent, it just means I have a kid who’s having a tough time right now,” Rockwell says. “If you’re in a store, probably a good percentage of the people in there are going to be parents as well and possibly can empathize with you.”