Beyond Squabbles: What to Do About Sibling Bullying

Bullying is a concern for all parents, and we're hyperaware of the risks for kids at school or online. But what about sibling bullying – in your own home? 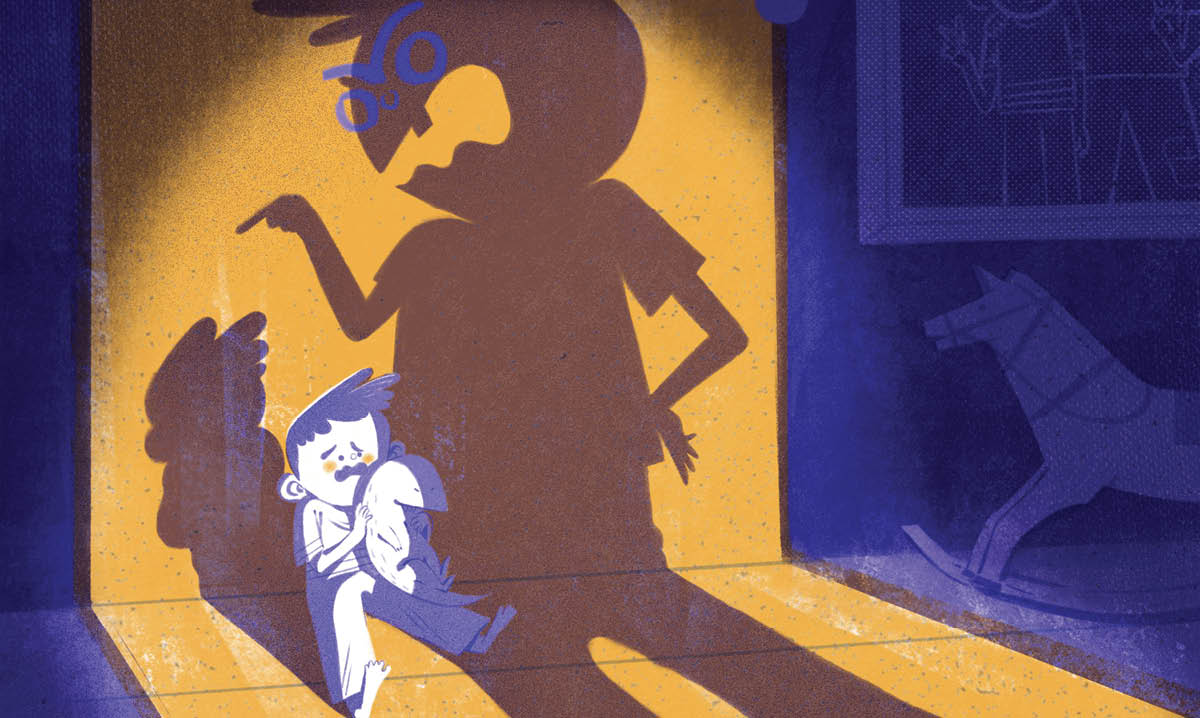 All brothers and sisters have moments of needling and nitpicking. But, in some cases, it crosses the line into sibling bullying.

It’s something I’ve witnessed. Some longtime friends came to stay with us for a few days one summer, and my husband and I were struck by the dynamic between their young sons.

The eldest consistently snatched toys from his brother, dominated the video game controller and lashed out verbally and physically when he wanted his way.

At first, it seemed like a classic case of sibling rivalry. But we became a bit alarmed when we saw him pull his brother’s shorts down and intentionally scratch him hard on the backside while their parents were in another room.

It was obvious he picked a place to leave a mark he knew he could hide. And it didn’t seem like he was new at this game.

We didn’t feel it was our place to bring it up at the time. But now I’m wondering if we should have.

When does a sibling cross the line and become an outright bully? Here’s a closer look at sibling bulling, and what parents should do about it.

According to Dr. Daniel Klein, founder and managing director of the Child and Family Solutions Center in Farmington Hills, sibling rivalry is a normal part of growing up. In fact, it’s healthy.

“We work with parents sometimes to help them understand there are some benefits to sibling rivalry,” Klein says. “It teaches children assertiveness, how to stand up for themselves, how to navigate conflict and conflict resolution.”

Normally, Klein says, sibling rivalry is simply a play for parental attention. And, he notes, research shows rivalry is more common between siblings with four or fewer years between them – and can become more intense with a smaller age gap.

Klein says he’s witnessed sibling rivalry between his own two kids – who, at the time of our 2017 interview, included a 12-year-old daughter and 10-year-old son.

“My kids will antagonize each other, try to get under one another’s skin. But the next minute they’re loving each other and affectionate,” he says. “I handle it the same way I work with my patients.”

That is, Klein empowers kids by giving them words to express how they feel and by encouraging them to talk to each other and settle their own disputes.

“I’ll joke with parents that if I had the cure for sibling rivalry I’d have patients lining up all the way from California – but I don’t, even with my own kids.”

Yet, Klein says, typical rivalry can take a dark turn into sibling rivalry. Teasing turns to taunts, tickling takes the form of torture, and horseplay veers toward intentionally harmful abuse.

The browbeating is relentless, leaving siblings to live in fear of their aggressor and insecure in their own home.

“On occasion we’ll come across cases where it becomes unhealthy and unsafe for a child,” Klein acknowledges. “That’s where parents need to step in.”

Rivalry becomes sibling bullying when it’s repetitive, the aggressor holds all the power in the relationship and the antagonism escalates over time. The bullied child may become withdrawn and avoid being left alone with his sibling but may or may not outright “tattle,” making it hard for parents to tell what’s really going on.

It’s important to tune in, though, because it’s a parent’s job to spot the signs of possible sibling bullying.

“Younger kids can do impulsive things. If it happens once and it’s addressed, that’s fine, but if it’s continuously, repeatedly becoming more harmful, then from a parenting standpoint the number one priority is to provide greater supervision and set firm rules about safety,” Klein says.

Parents are highly attuned to bullying between peers, and numerous campaigns have been instated at schools across the country to combat the problem. It was through study of such programs that one group of researchers recognized harassment can hit closer to home.

“One of my colleagues was out doing a lot of work on school-wide interventions to combat bullying. As she was in elementary school classes talking to students, kids, more often than she would have expected, would raise their hand and say, ‘What if the bully is your brother or sister?'” recalls Dr. Christine Malecki, a professor in the psychology department at Northern Illinois University.

“We realized this was something we needed to look further into and that potentially, if this is happening, it could be even more serious, because it’s much harder to escape.”

So Malecki, along with her colleague, Dr. Michelle Demaray, launched a research project to explore sibling bullying.

They collected data on a sample of 350 fourth-, fifth- and sixth-grade students in a study, the duo noted in a 2014 post they wrote for Psychology Today (they’ve continued to research the subject since then).

Notably, they found that 20 percent of kids said they were “always” or “frequently” bullied by siblings.

Among the sample, boys were targeted more than girls, with younger brothers most commonly bullied by older brothers and, less frequently, by older sisters. And, Malecki says, sibling bullying proved to create more social stress than bullying by a classmate.

“We found when sibling bullying was happening, it had worse outcomes for students in terms of anxiety and depression – worse over and above any peer bullying going on,” she says.

That’s because the sibling relationship is complex, made up of a blend of warmth and conflict. In normal sibling rivalry, the conflict is balanced by warmth, she says, citing her own family, in which her eldest daughter and youngest son constantly clashed.

“There was a period of time where I was like, ‘They really hate each other,'” Malecki says of her children, who are six years apart. “Although my daughter had so much more power, and was so much older, (bullying by both siblings) wasn’t pleasant but it was typical – because he gave it back to her just as well,” she says.

Still, “I would always see those moments, like when grandparents were sick or someone else was picking on him … those moments when it counted, she had her arm around him, consoling him.”

When arguments end in laughter and fights are forgotten, normal sibling rivalry gives rise to social skills that serve us throughout life.

And Malecki’s research shows siblings can mitigate the negative effects of sibling bullying from the wider world.

“The good news is having that sibling there providing you support helped lessen the effect of peer bullying going on,” she says. “There are great things about the sibling relationship when it’s warm and caring.”

Yet parents need to keep a keen eye out for signs that sibling squabbling is getting out of hand. And Malecki says sibling bullying not always easy to spot.

“I think we’re more worried about outside forces when it comes to bullying,” she says. “It’s harder for anyone to look critically at our own family relationships. It makes us more vulnerable. We don’t want to think our own kid is a bad kid.”

In truth, most bullies – related or not – aren’t “bad kids.” They are usually victims of bullying themselves, taking it out on easier targets.

The bottom line is sibling rivalry is going to happen, and once in a while it’s even going to cross the line. But if parents use it as an opportunity to teach the aggressor how to be kind and make good choices, sibling bullying can have a happy ending.

“The more we approach these incidents as learning opportunities, the more we are open to seeing bullying even when it’s in our own family,” Malecki says.

5 things parents can do

This post was originally published in the December 2017 issue of Metro Parent magazine and is updated regularly.