How to Calm Kids’ Fears: Tips and Advice for Parents

As children emotionally develop, they're more aware of the dangers in the world. How can you help them cope, and when should you worry? 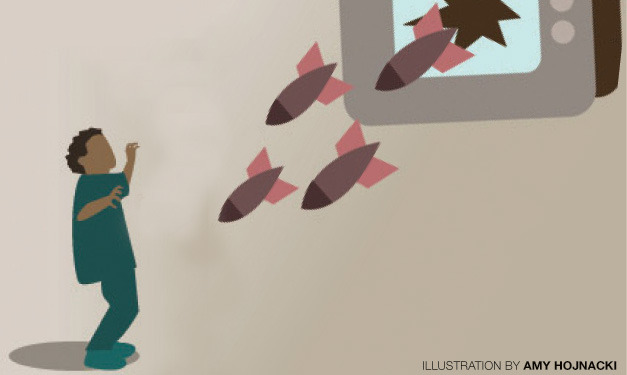 Devastating earthquakes! Burglars strike! Hundreds fall ill with mysterious disease! With scary headlines bombarding us from every which way, it’s enough to leave adults shaking in their boots – let alone our kids.

Hearing the many negative stories on the news might leave a child worried that a similar misfortune might befall them. But their concerns can be fueled by many other sources, including school, family, friends and their own way of thinking, too.

“One of the anxieties they have is abandonment,” says Dr. Yogesh Shukla, M.D., a southeast Michigan child psychiatrist. Family structure and interaction can have major psychological effects on kids.

“Sometimes family dynamics cause anxiety because the father or mother left the home, or (children) are too protected by parents – so they don’t have enough social exposure,” explains Dr. Shukla. He adds that having many different people supervise the child in place of the parents can also leave a child feeling insecure.

Kathryn MacRae Gibson of Canton is well acquainted with child anxiety and fears. Her daughter was in second grade when she developed social anxiety.

“The anxiety began when a little girl entered Emma’s class, befriended her, and then attached herself so tightly that Emma wasn’t able to play with anyone else,” she says. “Emma was becoming so increasingly upset that she couldn’t eat or sleep and certainly never wanted to go to school.”

At times, there is a point where a child’s fears branch out beyond the normal into something parents should be concerned about – as was the case with Gibson’s daughter.

“If they are having symptoms that they are not able to function, especially in school, then I think parents should be concerned,” says Dr. Shukla.

Gibson felt powerless until she turned to Twin Elm Training, a horseback riding school in Northville. “The amazing changes that happened over the course of a few months were not only uplifting to her, but to me as well,” she says. “She became so much more confident and her behavior began to return to normal.”

Worried that your child might be suffering from abnormal fears or severe anxiety? “The difference between fear and anxiety is fear is real and anxiety could come from something (the child) saw on TV,” explains Dr. Shukla.

The way parents react can make all the difference for a frightened child.

“Try to make the child feel comfortable to express their anxiety and take the time to listen in privacy with the child,” says Dr. Shukla. “Talk to them calmly and ask the child what they want you to do.” Providing support and reassurance lets your child know that you take them seriously, and that alone may encourage major changes.

Parents should avoid saying things that will lead the child to feel that they don’t believe them or take their fears seriously. Belittling a child because of his fears could make his situation much worse.

Sometimes, parental support may not be enough if a fear is too deeply ingrained. “Parents should talk to the pediatrician who will refer the child to the psychiatrist or counselor,” advises Dr. Shukla. If the child’s anxiety is too intense, a professional may combine treatment with medication, but usually the child just needs to be able to talk about his fears.

While there are many events that could consume one with worry and fear, let your child know that we can’t live our lives in fear and we must take every day as it comes.