How to Check if Your Kids Halloween Candy is Safe

Find out if Halloween candy really poses a risk to your child and how you should look at your kid's trick-or-treating loot to be sure it's danger-free. 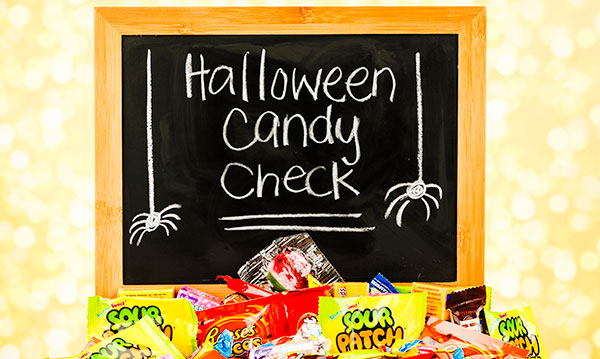 Halloween is a kid’s delight. You get to dress up as someone (or something) you normally wouldn’t, pig out on candy and scare the bejesus out of your friends and family. To parents, though, the monsters and demons are the least of terrifying part. Instead, the Halloween candy is what’s truly freaky.

Any other time of the year, parents tell their kids not to take candy from strangers, but on Halloween, begging for goodies door-to-door is one of the perks – and, every year, we hear horror stories of parents finding razor blades in their kid’s candy or warnings of drugs or other perils. In fact, one Wisconsin family reported finding a bag of meth in their kid’s haul.

The story of the ol’ razor blade in the candy apple dates back to 1983, when Abigail Van Buren, the advice columnist behind “Dear Abby,” published a column warning parents against the danger. The story was reported again 12 years later by Ann Landers, Dear Abby’s sister, according to a 2013 article published by the Smithsonian.

But, truth be told though, this much-hyped – and media-fueled – peril is highly unlikely.

“In my opinion, this is one of the longest running myths,” says David Molloy, the director of safety and chief of police in Novi. “I’ve been on the force for 29 years, and I haven’t heard of a child in our community, or in nearby communities, being poisoned or ingesting a razor blade in Halloween candy.”

Still, Halloween-time safety is important – and, while the risk is low, that doesn’t mean parents should let their kids go to town on a sack full of treats without a little inspection, first.

To do this, Molloy says that common sense is a parent’s first line of defense as they inspect their child’s candy. They should be looking for packaging that has been tampered with or opened in any way.

California State University also suggests waiting until the child gets home before allowing the child to eat even a piece and watching out for tiny pinholes, unusual discolorations or spoiled, unwrapped or homemade items, too – and, if anything even looks suspicious, throw it out.

If you still feel wary, some local police departments, like the one in Pittsfield Township, also offer a candy safety check. Check with your local public safety department to see if there’s one near you.