Want to encourage your child to make smart choices – even in the lunch line at school? Try these tips. 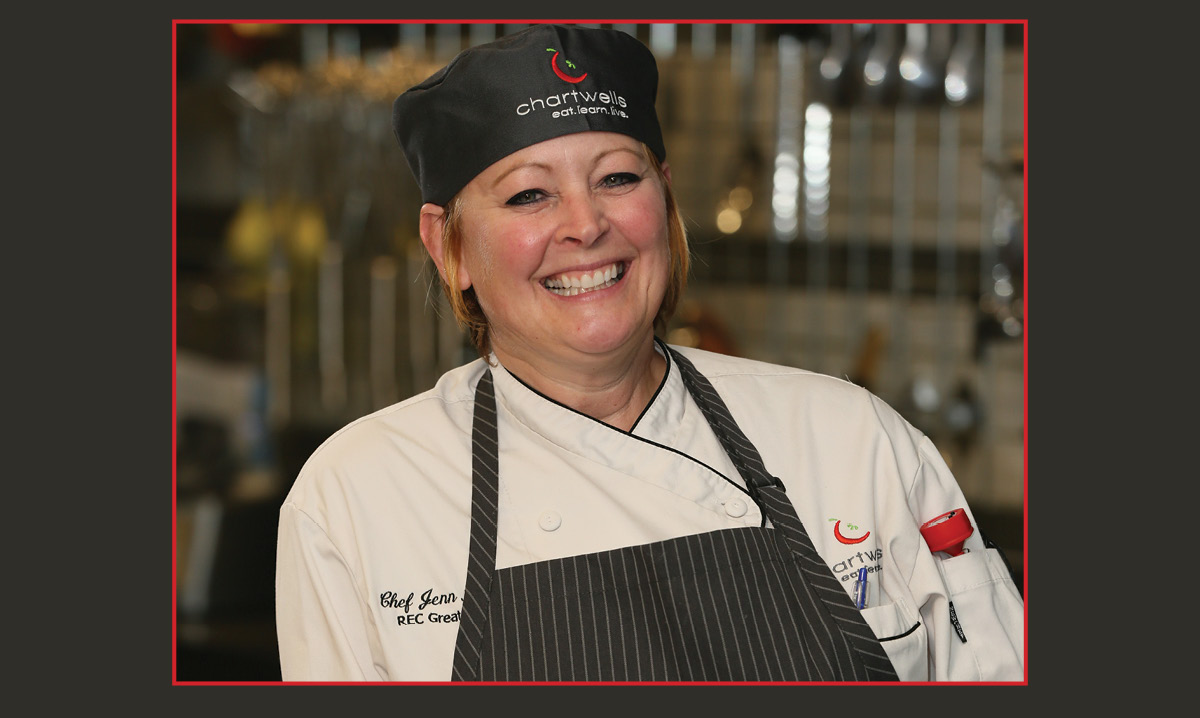 Healthy feasting is no small feat – especially during the school day, when kids are away from mom and dad. Chef Jenn Brower knows the struggle. She’s responsible for feeding 500,000 kids in 170 school districts (more than half are here in southeast Michigan) with Chartwells, which stocks K-12 cafeterias with nutritious food. Here, Brower, a grandma of three based in Grand Rapids, dishes a few tricks to try.

Grocery pals. Let kids steer while you’re shopping. “Give them a dollar or two as a budget and let them pick out a fruit or vegetable as a snack, but avoid the junk food,” Brower says. Later, kids can join in making something fun with it.

Don’t be bland. Yes, easy and yummy recipes that appeal to kids’ taste buds exist. Try lettuce wraps, for one. Tuck chicken strips or lunchmeat, a cheese slice and hummus into a big leaf of romaine or iceberg (put ingredients in bento containers or baggies for kids to assemble). She also loves “mockamole” – “It’s guac with texture like hummus,” she says. “It’s made with frozen peas, of all things.”

Beet it. Beets are one of Brower’s faves for kids. “They’re crunchy and they turn their tongues pink!” Cut them into fry shapes and roast in the oven.

Sensory fun. Pomegranate seeds are squishy with a crunch – and “they look like a red popcorn kernel,” Brower says. Or how about some rainbow carrots? Food is fascinating. Dig up factoids about texture, color and how things grow.

Smooth idea. Smoothies are another simple way to involve kids. Start with berries, Brower notes; then toss in a little spinach. “It’s a fun thing,” she says. And even greens-averse kids learn: “It’s not going to taste like lawn clippings.”

Try, try again. “Three and out,” is Brower’s rule. “If you try something three times and they don’t like it, move on and come back to it.”