Keep your children safe from stranger danger and avoid child abductions with these key safety tips for metro Detroit and Ann Arbor parents. 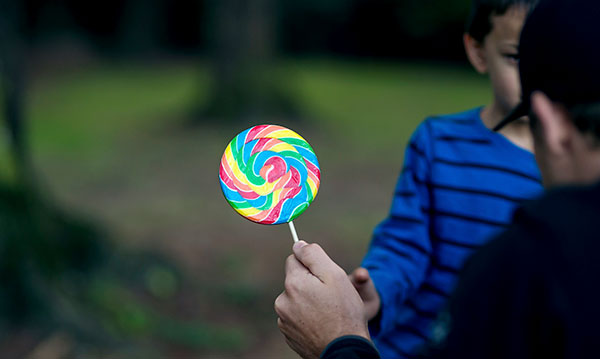 As parents, we do all we can to protect our children. That includes keeping a cautious eye on kids and setting rules to avoid child abductions, among other potential risks.

But now and then, something pops up in the news that stokes our worries. One of those cases occurred in November 2016.

In St. Clair Shores, Michigan, a 16-year-old girl walking to school was abducted. A man in a truck approached her, asked her for directions and then forced her into his vehicle, driving away and forcibly assaulting her.

“The victim fought back, exited the vehicle and ran,” the St. Clair Shores Police Department noted in a statement cited by ClickOnDetroit.com.

That Macomb County incident – including the teen’s amazing escape – serves as a reminder for parents to talk with their kids about what to do if approached by a stranger or someone who intends to cause harm.

Here are key tips for moms and dads in metro Detroit and Ann Arbor to avoid child abductions.

Lt. John Michalke, former public information officer with the Macomb County Sheriff’s Department, encourages all parents to have and discuss a safety plan with their children.

This should include who is allowed to pick them up from school and other activities and what to do if approached.

“Parents need to have conversations with their kids and warn them of the specific dangers and to have a safety plan in place,” Michalke says.

Kids should know to never, ever go with a stranger – no matter what the person says. The National Crime Prevention Council suggests going over specific scenarios with your kids, such as someone who says he needs help finding his lost puppy.

Kids should travel in groups to and from school and elsewhere, Michalke says.

“First and foremost, travel in pairs and groups when possible,” he says. “Have a buddy system of some sort.”

Kids should seek out lighted areas and stick to routes that are well lit.

“Try to take a lighted path between your home and the school if possible,” he says.

People who live near schools and school routes should keep an eye out for kids walking, too, and keep their porch lights and other lights on to help brighten the area for students.

Talk to your kids about what to do if they find themselves in a dangerous situation.

The National Crime Prevention Council suggests teaching kids “No, Go, Yell, Tell” – to say “no,” run away, yell as loud as possible and then tell a trusted adult.

They should know it’s OK to say “no” to an adult and not to approach a person’s car to find out what they want.

“It would be best for them to make some noise and to run away to a safe place nearby as quickly as possible,” Michalke says.

Calling police and providing a description are secondary. What matters first and above all is getting to safety.

“Their safety is first and foremost and they need to get to a safe place as quickly as possible,” he says.

The St. Clair Shores case is one of many where self-defense and fighting back has proven effective.

The National Center for Missing and Exploited Children recommends parents encourage their kids to “kick, scream and make a scene if anyone tries to take them.”

“I think that that’s probably a conversation better had between a parent and a child,” Michalke says of what exactly parents should teach their kids about fighting back.

“Most certainly the child should do what they can to get away from the situation and to get themselves safe and get to a safe location.”

According to the National Crime Prevention Council, teaching kids to trust their instincts is a key way to avoid child abductions.

“Explain that if they ever feel scared or uncomfortable, they should get away as fast as they can and tell an adult,” the organization notes on its website.

“Tell them that sometimes adults they know may make them feel uncomfortable, and they should still get away as fast as possible and tell another adult what happened. Reassure children that you will help them when they need it.”