Creating a Blended Family in Remarriage

Merging broods is rarely as tidy as a '60s sitcom. Discover how to make a blended family work. 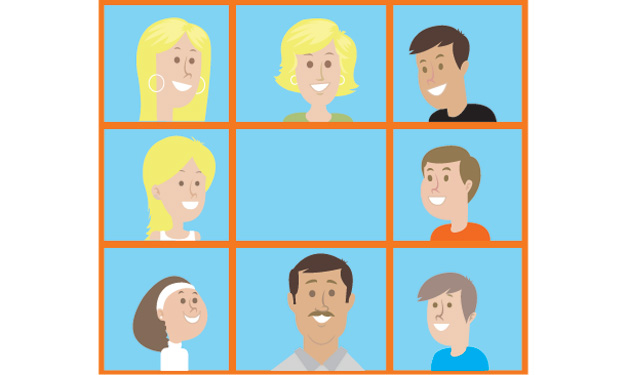 In the sugar-coated world of 1960s sitcoms, The Brady Bunch portrayed a step or “blended” family that looked alike, thought alike and resolved problems in a half-hour show.

In the real world of family angst, feelings of loss, issues of trust and unrealistic expectations, parents face a daunting task to heal wounds inflicted by divorce, remarriage and instant siblings.

However, happy stories are out there and, with lots of patience, blended families can be just as successful as their traditional counterparts.

False impressions are no stranger to Clair Kollenberg, mother to five – two inherited from her new husband. “We kind of kidded ourselves that bringing two separate families together would be easy because we loved one another. So why wouldn’t our kids all get on board?”

She describes several initial months of tense showdowns with her stepdaughters, where she was constantly reminded that they “already had a mother.” However, Kollenberg says, the fact that she and her husband were on the same parenting page helped shape the tenor.

“Now, we really are one family – if not the Bradys, then certainly it’s the 21st century reality-TV equivalent,” Kollenberg quips. “The kids all seem to really appreciate one another and treat the other as their blood relative.”

Donald Saperstein, a child psychologist and custody mediator, says the rate of divorce in second marriages in which there are kids from a first marriage is about 85 percent in the first year – 60 percent after that. There’s also growing evidence that the kids actively contribute to these splits.

“In my own practice, many (kids) have told me they consciously wake up in the morning thinking about how they can get rid of their stepmom or dad, and they act in ways that create conflict,” Dr. Saperstein says. “The parent is then put in the position of, ‘who do you love more – the kids or the partner?’ Often, the partner gives up and leaves.”

While no two relationships mirror the other, there tend to be a few common scenarios, notes psychologist Alice Cartwright, who specializes in stepfamily issues. Sibling relationships top the list.

“You can’t expect your children to become best friends with your new spouse’s children, but you can demand that they treat each other with respect,” Cartwright says, including property and personal space. Emphasize communication and clear boundaries, too, regardless of kids’ ages.

Cartwright says it can be very difficult if a child spends part of a week at one parent’s and part at the other’s house, if there are very different parenting styles and rules.

“Allow the child a buffer time to adjust when returning from the other household, and be patient for that short time if they’re whiny, wound up, sarcastic,” she says. “Gently do something very concrete to bring them back into the life of the house, such as suggesting that they help set the table for dinner.”

She says it also helps if the family has a daily ritual, so the child knows that it’s happening whether they are there or not. It gives a feeling of stability and connection.

There may be different approaches between new spouses, too. For example, one parent may be more lenient with his or her own kids while stricter with the stepchildren. Cartwright says it’s common for discipline to disappear because of guilt over the failed relationship.

“Give the child time – and don’t expect him or her to immediately like the person you have chosen to marry,” she says. “After all, your judgment has already been called into question.”

The single most destructive element Cartwright pointed to in mitigating the damage caused to children from a divorce: Don’t badmouth your ex. While it may seem like a no-brainer, it’s probably the most significant problem in divorces with children.

“Regardless of what a jerk your ex is, this hurts the children terribly and can keep them from establishing healthy relationships between both houses,” Cartwright says. “The best thing is to be patient with the children and not be afraid of their questions.”

This post was originally published in 2009 and has been updated for 2017.