How to Stop Kids from Stealing

Why do children steal – and what you can do to stop it? Learn how to deal with a child who steals before it turns into a bigger problem. 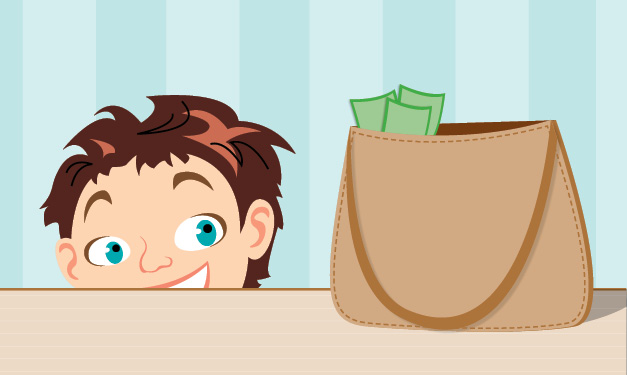 Are children born kleptomaniacs? If you’ve ever left a store only to find your kid clutching a piece of candy or a toy that you didn’t buy him, you might think so. And in some ways, it is how a parent handles these moments when their child is very young that determines the child’s behavior later on.

In the seminal book Dr. Spock’s Baby and Child Care, child care expert Dr. Benjamin Spock says, “Small children of 1, 2 and 3 take things that don’t belong to them, but it isn’t really stealing. They don’t have a clear sense of what belongs to them and what doesn’t.”

That’s why that piece of candy from the store becomes such a valuable opportunity for learning. Parents can choose to ignore it, which sends the message that the behavior was acceptable, or parents can explain to the child that taking something is wrong, then go back to the store with the child and return the item.

Once a child reaches about age 6, he or she should know that stealing is wrong. If he or she steals, says Eric Herman, a child and adolescent psychologist at Children’s Hospital of Michigan in Detroit, it is a sign of externalizing behavior.

“Children communicate through their behavior when there is a breakdown in the parent/child relationship,” he says. “These behavioral symptoms can be broken into two general categories – internalizing and externalizing. Stealing is an example of externalizing behavior.”

Younger children may be unhappy or lonesome or lack self-control. For older children, stealing may be a way to relieve stress, get a thrill or attention, make friends, or rebel against parents, according to the American Academy of Child and Adolescent Psychiatry (AACAP). Parents can get more advice on dealing with shoplifting teens here.

Whatever the reason, a parent’s reaction should depend on whether it’s the first time or whether there’s a pattern. Make it crystal-clear that stealing is not acceptable, and that it’s a crime.

When school-aged kids steal, follow up with strict consequences for stealing, such as meeting with a store’s security department and having the child apologize. Repeat offenders may need professional help.

“The cure lies in a clear-cut reprimand and making sure that the parents aren’t modeling this kind of behavior by talking (or boasting at times) about such things as cheating on their income taxes or charging personal phone calls to their business phones,” notes Dr. Spock.

Find something funky to see this year at these weird roadside attractions in Michigan.
Read more
Health