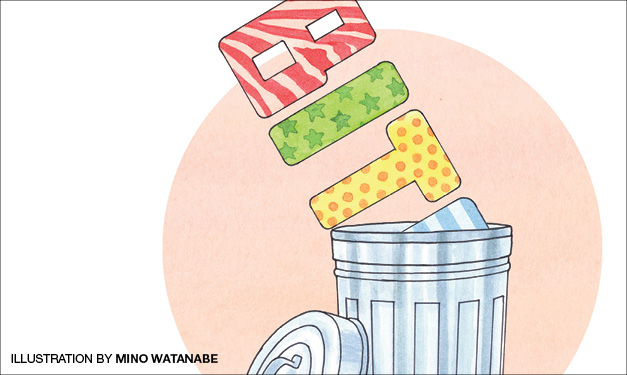 My 17-year-old daughter wanted to show me a cute picture posted on Instagram of some of her classmates at the beach. It was picture-perfect: The beautiful waves and smiling, tanned teens. My mood took a sharp turn, however, when I saw the caption below: “All My Bitches.”

“Are you kidding me?” I asked.

“What’s wrong?” was the innocent reply.

“What does that caption mean?”

“Oh … that’s just something friends call each other sometimes. It’s not a bad thing.”

Seriously? Newsflash to adolescents: a bitch is a female dog, ergo a derogatory term.

Here’s the problem: If girls use “bitches” and “hoes” as terms of endearment, boys think it’s just fine to do the same. Teen girls need to realize their disrespectful banter can have negative consequences.

Thank pop culture. Rap lyrics, for instance, are laden with demeaning terms for females, and they appear casually in movies as well.

“Bitch” and “hoe” have become more mainstream than terms of yesteryear – chicks, dames, broads. While also considered pejorative in their time, it was not typical for women to refer to their friends this way.

“I think the girls are doing this because it helps them feel inclusive with their friends,” says Mary Jo Rapini, LPC, psychotherapist and co-author of Start Talking: A Girl’s Guide for You and Your Mom About Health, Sex or Whatever. “However, their casual manner of using disgusting names for one another is lowering their sense of self.”

Neil McNerney, family counselor and author of Homework: A Parent’s Guide to Helping Out Without Freaking Out! agrees.

“If we use degrading language, even in jest, about ourselves and our friends, it will be interpreted as degrading by others.” Although some kids believe this name-calling is harmless among friends, it can have a ripple effect.

“Boys are trying to be accepted by the girls, so they are using the lingo that helps them achieve that,” Rapini warns. “Unfortunately, they will begin thinking those words accurately describe not just friends, but all women.”

By nature, teens do things parents don’t like. So you can discourage this, McNerney notes, but “be prepared for pushback.”

Still, Rapini says, parents should require “word replacement” and not back down.

Remind your daughter of how others perceive this talk, McNerney adds – and “If she replies with something like, ‘It doesn’t mean that anymore’ or ‘We’re just kidding,’ don’t get into an argument.” Instead, reiterate your point of view, explaining why their word choice will likely be misunderstood by others.

Most important, Rapini reminds parents of their role. “Parents have to demand respect.  You cannot be your teen’s buddy and parent. Be your child’s parent.”