Why I Hate Playdates: Being an Overprotective Parent in a Playdate Society

When you don't trust anyone to be as protective as you are, these social 'musts' can be a nightmare. That's why this local mom says, 'I hate playdates.' 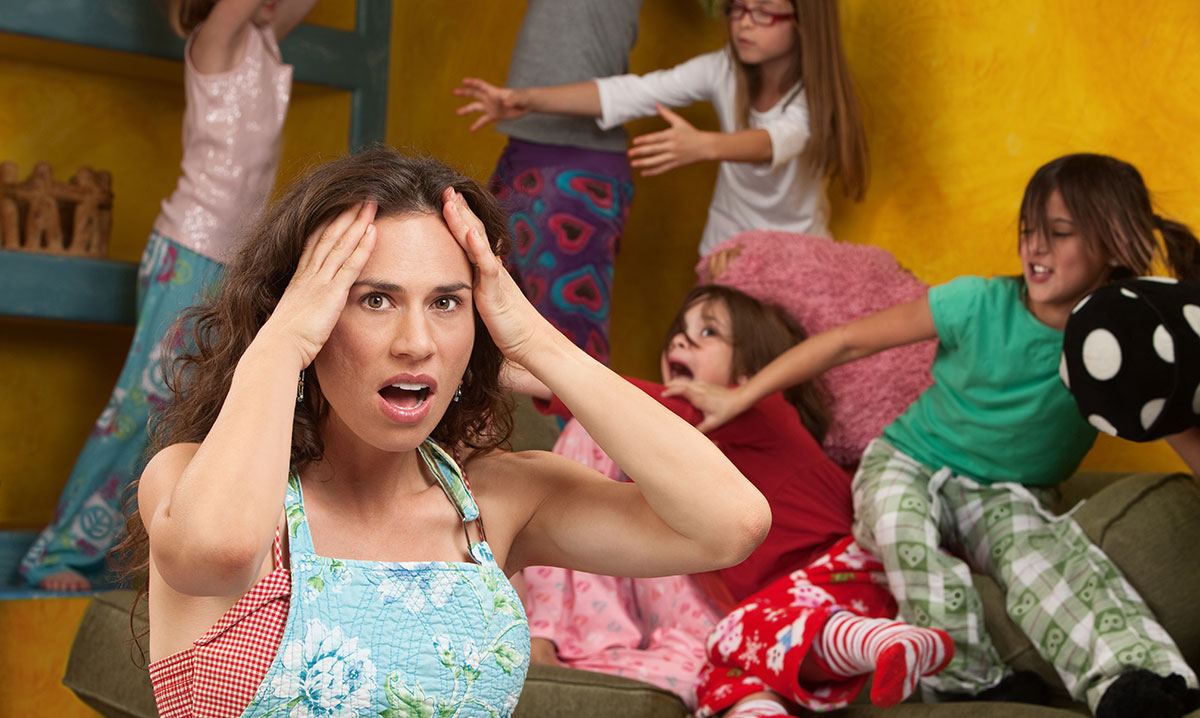 I hate playdates these days. This wasn’t always the case. Playdates were so easy when my kids were toddlers.

Of course it didn’t seem that way at the time: I had to scope out “mom friends” with similarly aged little ones, clean up my house, prepare some kind of healthy snack and even send our dogs to the groomer so they wouldn’t annoy our guests.

But it was simple for one key reason: The parents stayed.

Whether the mom and kid came over my house or we went to theirs, there was no drop-off involved.

The parents would chitchat while the kids played and the biggest concern anyone had was getting home in time for nap.

Things are different now, and as a self-proclaimed helicopter mom and overprotective parent, I’m getting a little tired of it.

A couple weeks into my son’s first week of kindergarten, a mom I’d only met a couple times approached me after school about having my son over for a playdate with her son. She’d take him right now, in her car, and drop him off later if that was OK with me.

Lots of questions came to mind while I was supposed to make this snap decision.

Was her house safe? Does she or someone in her home have a criminal record? Do they have guns in the house and if so, are they secured? What about medications the kids could access? An unfenced pool they could get into? Do they have a carbon monoxide detector and smoke alarms?

Other more commonplace dangers also ran through my head, too: Does this mom let her kids play outside unsupervised? Ride their bikes around the block alone? Does she make them wear helmets?

And first things first: If she planned on driving my kid, does she have an extra car seat with a five-point harness or even a regular booster seat? I’d noticed by this age plenty of parents had already abandoned that idea. And does she have a clean driving record?

Honestly, the list could go on. Some of these concerns probably sound over the top, but we’d expect this much info from a potential daycare or babysitter, after all. Why don’t the same standards apply for drop-off playdates?

But as I stood there, I also knew my kid wanted friends, I didn’t want to seem “crazy” to this other mom and she seemed nice enough from our limited interactions so far.

So what did I do? I asked her a few safety-oriented questions and then let him go. And I spent the whole hour-and-a-half hating myself for it.

Since then, it’s been more of the same – though it’s getting easier in some ways.

Asking those safety-oriented questions gets easier with practice, and I try to keep playdates at my house as often as I can. But when we do allow them, I hate playdates – every minute of them.

Are playdates necessary? Why must we send them off on their own so soon?

And then there are the parents whose homes we know we won’t allow our kids at if it ever comes up, based on known issues like alcoholism or aggressive discipline. Or the parents who just give us a bad feeling. How will that go over?

Is this just the life of an overprotective parent? Talking to other parents, I’m apparently lucky to know the parents of the kids my kids play with as well as I do.

Meanwhile, other moms tell me they don’t get playdate invites because their kids are in latchkey or time-consuming extracurriculars (and yes, I briefly considered signing my kids up just to avoid the playdate situation).

We teach our kids how to advocate for themselves and how to get out of dangerous situations, but they’re young and we can’t predict how they’d really react in unsafe situations. Our job is to protect them as much as we can for as long as we can.

Dropping them off at this age doesn’t feel right, but it’s certainly the “norm” in our area.

I asked a couple similarly overcautious friends for their take on playdates and was relieved to know they feel the same. They don’t like it either.

But as our kids get older, what can we do? Try as we might, we can’t pick their friends. And it’s not a crime to be a more laid-back parent or a parent who believes it’s perfectly safe for the kids to play outside alone.

My friendships as a kid defined my childhood; I know just how important these relationships are. So how, exactly, do you explain to your kid that he can’t play at his friend’s house because that kid’s mom isn’t protective enough? I’d love to know.

Are you OK with playdates? Tell us in the comments.