Parents can guide children on a new musical adventure through jazz, R&B, folk, blues and classic with these family friendly CD selections. 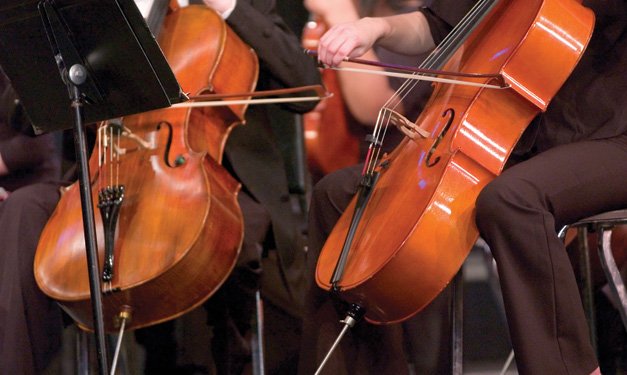 If your kids’ musical taste is as diverse as loving Selena Gomez and Justin Bieber, why not increase their knowledge and appreciation to include some jazz, folk, blues, reggae or classical?

But remember, every genre has sub-genres. Talk jazz, for instance, and you’re talking bebop, hard bop, post-bop, fusion, free, spank, swing, trad, acid, cool, Dixieland, Latin – or any of a few dozen others.

So, what’s key when introducing new music to kids (and adults)? Keep it simple – and avoid the complicated pitfalls associated with musical labels. Go for simplicity. If your child likes the music, then explore its diversity.

To introduce children to various forms of music (excepting the ever-popular rock/pop and country) MetroParent.com recommends the following CDs.

Joe Cool’s Blues by jazz trumpeter Wynton Marsalis and his father, pianist Ellis Marsalis, is a collection of timeless ditties from the numerous TV specials featuring Charles Schultz’s Peanuts characters. Don’t let the title fool you; this is jazz.

Another choice? One of the most unique voices in all of American music belonged to jazz legend Louis Armstrong. His smile can be heard through his gravelly warblings on Louis Armstrong’s All Time Greatest Hits. His trumpeting isn’t bad, either!

Take a trip back in time and seek out any compilation of doo-wop, the vocal-based R&B style popular from the mid-’50s to early ’60s. Kids will love singing along to the nonsense-syllable harmonies.

It’s hard to imagine a time when folk titan Woody Guthrie’s “This Land is Your Land” wasn’t part of the American soundtrack. Kids might not have the patience to listen to Guthrie’s sometimes scratchy recordings from the ’40s and ’50s, so go with A Tribute to Woody Guthrie, of two concerts that includes a who’s who of artists like son Arlo Guthrie and Joan Baez.

To delve deeper in Jamaica’s musical export, get Reggae for Kids, a compilation of various artists singing familiar songs in reggae style, including “Puff the Magic Dragon” and “This Old Man.” The follow-up More Reggae for Kids includes feel-good tunes like “Day-O.”

A great introductory to classical music for younger kids is Bernstein Favorites: Children’s Classics by renowned conductor Leonard Bernstein. Includes hand-selected, kid-palatable songs, such as Prokofiev’s “Peter and the Wolf.”

Classics Greatest Hits is a wonderful round up of the four periods of classical music – baroque, classical, romantic and 20th century. The recording, released by RCA Victor, includes pieces by Bach, Vivaldi, Mozart and more. Familiar songs include the “Blue Danube Waltz” and the Lone Ranger’s theme, “The William Tell Overture.”

Date Night Ideas: Fun Things for Parents to Do in Metro Detroit and Ann Arbor

Get information on why parents should make time for each other and get the latest details on what's happening in our area for local couples.
Read more
Attractions

Come visit your favorite deep sea swimmers at some of one of these aquariums in Michigan and Ohio that feature both fresh and salt water.
Read more