'The apple doesn't fall far from the tree' isn't always the case when it comes to kids and their parents. Experts and parents weigh in on getting along. 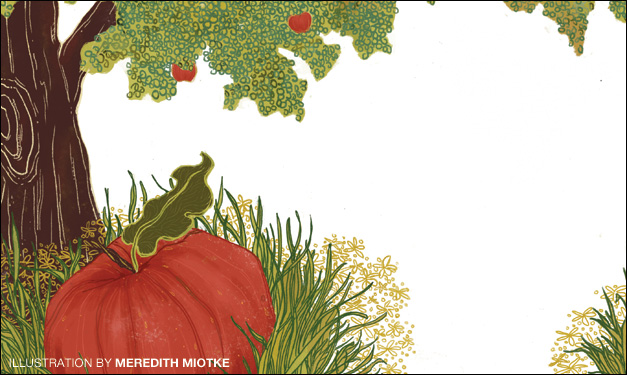 I think my mom had always hoped I’d be more like her – neat, organized and meticulous. But it wasn’t to be.

I had a love affair with messiness my mom couldn’t “fix” no matter how hard she tried. Maybe her desire to shape me into someone who took great pleasure in folding fitted sheets properly stemmed from her fear that I’d never make it in the real world if I didn’t clean up my act.

If only she’d been patient.

Show your kid some love with these tips – and get past the differences.

After years of tussling with each other over my less-than-sparkling ways, I kept my first apartment after college neat and clean. And today, I try not to cringe when my husband leaves the flaps on the cereal boxes open.

But I’m not completely reformed – my closets are still a mess.

What can I say? It keeps me in touch with the youthful innocent I once was, who loved finding a long-lost James Taylor album underneath a pile of dirty clothes.

Still, I sympathize with my mom.

From the moment a child is born, we’re quick to see and appreciate the sameness. “She has my eyes” or “he has my chin,” we say with a smile. And then, as they grow up, we take pride in the ways they resemble us – in qualities, appearance and interests.

Whether intentional or subconscious, we nudge them (or even shove them) into activities we like, styles we prefer, traits we relate to. So, when the apple, it turns out, falls a little farther from the tree than we expect, it can be a surprise and even a little disappointing – especially when it makes it harder to connect and understand our children.

Should parents push their kids to be more like them? Or leave them to their own devices and desires? That’s a question many moms and dads wrestle with – and, one expert says, can make or break a parent-child relationship.

A losing and perilous battle

It’s hard to turn a quiet child into a gabby girlfriend or a mild-mannered cross-country runner into a rabid Detroit Tigers fan.

“Having a child who is so extremely shy came as such a complete surprise, because at home, she has my personality – she’s my go-to child, so organized, detailed, gets things done – she’s the voice of my children. If they have any project, she’ll motivate them. She’s the leader.”

So she was shocked when the school called and said her daughter wouldn’t speak. “She would respond, smile, nod yes or no – but not talk. I was flabbergasted. I went in and saw her in that environment and she was so quiet, so unlike at home.”

That phone call came when her daughter was in kindergarten. Now that her daughter is 13, Presnal says she still struggles with the contradiction that her daughter is “so much” like her in some ways, “but socially, not at all – and I am a very social person. She’s shy, has close friendships with two or three people, but even then, she’s not the talker.”

Trouble understanding your teen? Try listening. Get some tips on lending an ear.

Has she ever wished her daughter was more social? “Yes, because I fear she misses opportunities to get involved in clubs.” But she says her daughter doesn’t see it that way; she’s comfortable the way she is. “I have to accept that that’s enough for her. It wouldn’t be enough for me, but I’ve learned she will seek out social situations on her own terms and that anything else would be overwhelming to her.”

Dennis Rozema, an adolescent therapist and author of Behind the Mask: Adolescents in Hiding, says Presnal’s response is appropriate.

“If the sociable mom perceives, ‘That’s sad’ and wants to help, it’s OK as long as the child is sad about it, too. But if the girl is fine with her introversion – ‘I don’t like big large groups, peer pressure, mean girls stuff’ – then mom must listen rather than assume the girl is unhappy. The goal is to trust and be supportive, not force her to do something or be something she’s not.”

Rozema says pushing an introverted child to be more extroverted tells the kid they’re not good enough and have to be better. “It’s hard for parents to understand, especially if their background and experience says, ‘That’s odd.'”

Plus, it hurts the relationship instead of helping.

“Fortunately, in most cases, the kids grow up and they are fine,” says Rozema. “But in some cases, the parent is so forceful and the kid so resistant, the damage to the relationship is huge.”

Claudia Walter, a social worker from Novi, says parents have to have faith that their children will find their own path to their true identity – one beyond his or her parents.

“Parents have to get to the point where they say, ‘I’m going to lose my relationship with this kid. I have to trust in the kid and in the process of growing up.’ We’re meant to learn something every day.” If you fight the growing-up process and don’t let kids be who they’re meant to be, Walter continues, “There’s just never the peace that is so much healthier.”

Parents often hope to bond with their children over a shared interest, but children don’t always gravitate toward an activity that has value for the parent.

“If you were a football player, you know from your own experiences with teammates and coaches, ‘It was a positive experience for me,'” Rozema explains. “If your kid has a different area of interest, then you might think, ‘That’s something I don’t know. What I did worked.’ There is fear that what the kid wants to do won’t work in a positive way, because the parent has no experience doing what the kid wants to do.”

Moms: Get pointers on bonding with your tween or teen daughter.

John Sienkiewicz, a global systems manager from Birmingham, says his son never had any interest in major sports, such as baseball or football. “It made me a little sad, because I thought it was always something I’d share with my son. Over time, I understood it just wasn’t an interest of his and that he wouldn’t be going to the ballpark with me.”

So instead, Sienkiewicz took an interest in his son’s preferred activities – soccer, track and field, and cross-country – sports Sienkiewicz had never participated in. Sienkiewicz says he had a hard time understanding why someone would want to run. But he supported his son, went to his cross-country meets and learned about the running world – what the good running times were and what it took to be a good runner.

“It helped me really appreciate my son’s accomplishments, because he ended up running a marathon. Part of it was opening my eyes up to sports I hadn’t appreciated in the past.”

“You can’t force people to do things they don’t enjoy.” She says when kids don’t share the same interests their parents have, it’s an opportunity for parents to step back and ask, “Why does it have to be that way? Is there a new sport or activity we can find together?”

One might think a mom who loves dangly jewelry, beaded sweaters, plaid pants and the color pink would have a girly-girl daughter who loves to dress up. But Juli Sweet, an event planner from Farmington Hills, says the only clothes her daughter will wear are comic T-shirts and yoga pants.

“I guess I don’t understand it, because she’s so particular about her clothing – no V-neck shirts, no jeans, no buttons, no applique, nothing pink. I try to wear different things every day, so I look different, but she pretty much looks the same every day.”

Sweet says she worries that her daughter might stand out “in a socially awkward way” from other 12-year-old girls who prefer trendier clothes. “But I pretty much just buy her yoga pants. I know she’s happiest that way. I’ll still try to get her to wear different clothes, but I know what makes her comfortable. She’s not like me; she’s just a different person, and that’s OK. You can’t change who somebody is. Just because I like something doesn’t mean she’s going to like it.”

But what happens when parents are slow to accept their child’s differences? When is it crossing the line to suggest your child be more like you?

“It’s always crossing the line when you want them to be more like you,” Rozema says with a chuckle. “You have to trust that it’s all going to work out. There are different roads that lead to the same place. If you let them take a different road and don’t shut them down, kids will get to where they want and need to go.”

Or, as Walter says, “We don’t have friends expecting them to be 100 percent like us, but we still like them. Why should our kids be any different?”

She realized that from firsthand experience. Her college-freshman daughter has always been more like Walter’s husband – not very verbal.

“It made me crazy because I’m a talker and I always want to talk everything through,” Walter says of her daughter’s early years. “I was forcing her to talk, and every time she shut me down.”

Walter says she found herself blaming her husband and feeling rejected by her daughter. “But the reality was she didn’t have my personality. I had to give up the notion that we were going to be like girlfriends talking back and forth.”

When trying to connect with a child who is different from you, Walter says it is up to the adult to take the initiative.

“Children don’t have the skills to work out a compromise like I did. If you can, find a balance that works for both people, but don’t expect you are going to change anyone.”

The data-crunching website has released its list that ranks the best school districts in Michigan for the 2023 school year. Did your community make the cut?
Read more
School Issues